No one may take pictures of the drummer but that hasn’t stopped Heavy New York talking to MOL percussionist Ken Klejs (Intig, ex-Sunken, ex-Antennas to Nowhere) about the five pieces new album “Diorama“, which is out now via Nuclear Blast of course, the evolution of their style and more. February will see the Post Black
Read More

How many metres of cable does it take to put on a live performance? Just one question that is answered by the music video for “Vestige” from MOL as the Denmark Post Black Metal outfit unleash “Diorama” upon an unsuspecting World. They will be joined by the award winning Ithaca for a European tour trek in
Read More

Hailing from a crushing void also known as  Aarhus in Denmark, Nuclear Blast signings Mol have dropped a third single in “Vestige” from their upcoming 5th November album “Diorama“. Hopefully Ithaca will enlighten the Black Metal meets Blackgaze act as to the meaning of the date here in the United Kingdom ahead of shows together
Read More

Returning to the stage Mol have announced a European tour for February 2022 with Ithaca for their 5th October releasing new record “Diorama” via Nuclear Blast. That will follow a string of October shows in their native Denmark as the band follow travel restrictions and limit their mileage until things open up a bit more.
Read More

It isn’t just Carlsberg that gets exported from Copenhagen Denmark. Forward thinking Emotional Progressive Metallers Cold Night For Alligators continue to promote 2018’s “Fervor” with a music video for “Black Swan”. The album was produced by Miraz Radonjica-Bang who has also worked with Ghost Iris, Mol and Siamese.
Read More

Rivers Of Nihil will be bringing Black Crown Initiate, MØL and Orbit Culture on a headline European Tour that includes four UK dates in September and October. The shows are in support of the bands current release “Where Owls Know My Name” out now via Metal Blade Records. 09/29 Birmingham, Mama Roux 09/30 Bristol, The Fleece 10/01 Manchester, Rebellion
Read More 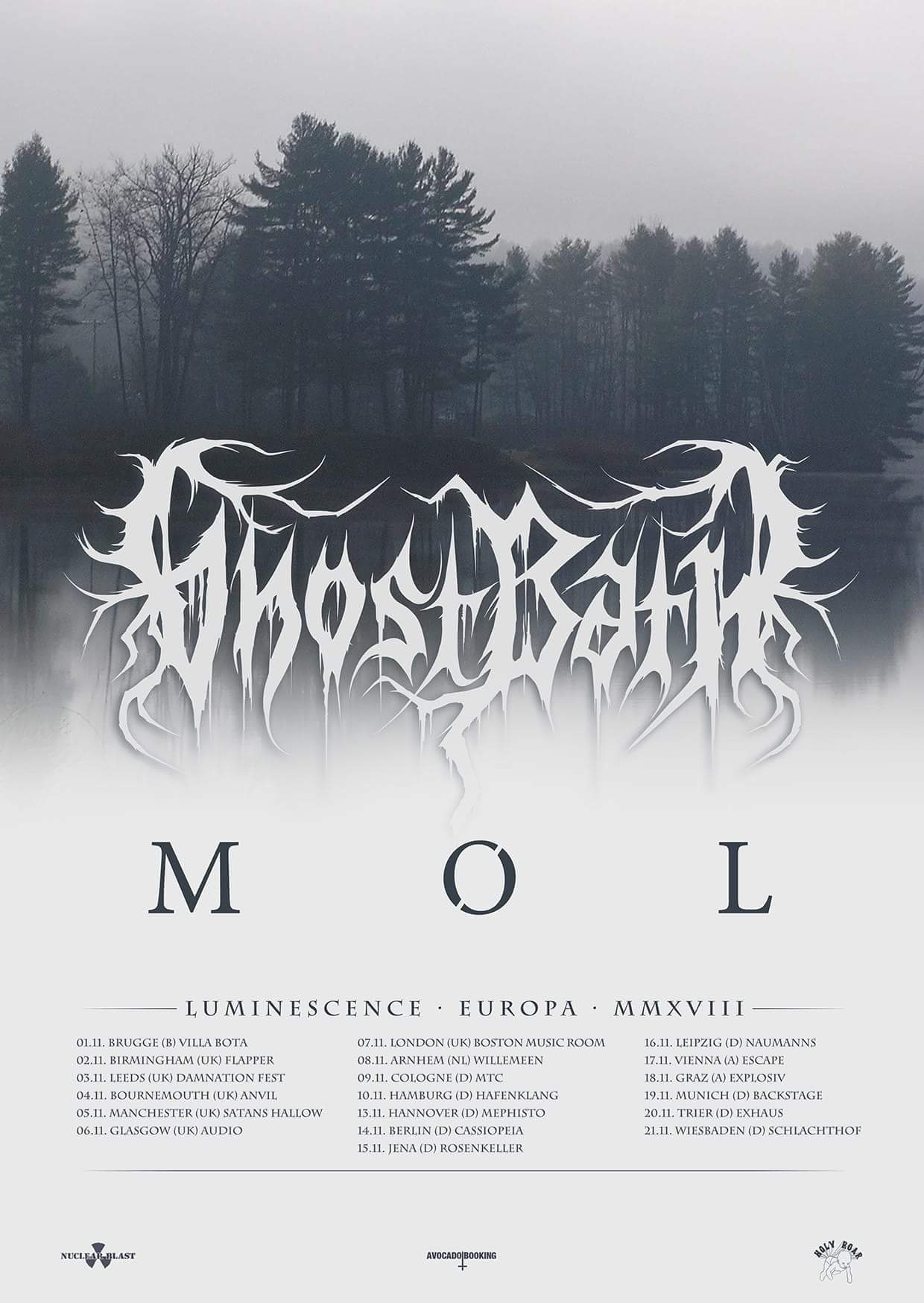