Returning to the stage Mol have announced a European tour for February 2022 with Ithaca for their 5th October releasing new record “Diorama” via Nuclear Blast. That will follow a string of October shows in their native Denmark as the band follow travel restrictions and limit their mileage until things open up a bit more. Last year saw Ithaca release a cover of “Hold Fast Hope” by Thrice with all proceeds going to the Rape Crisis charity and if you missed it, you can snap it up over at bandcamp. 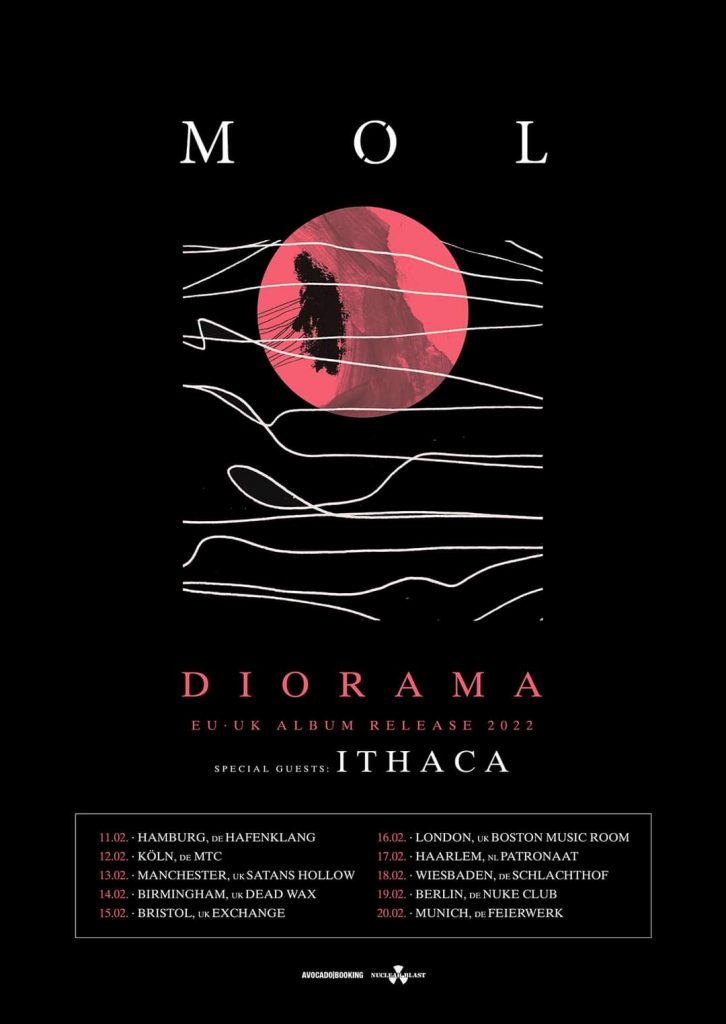