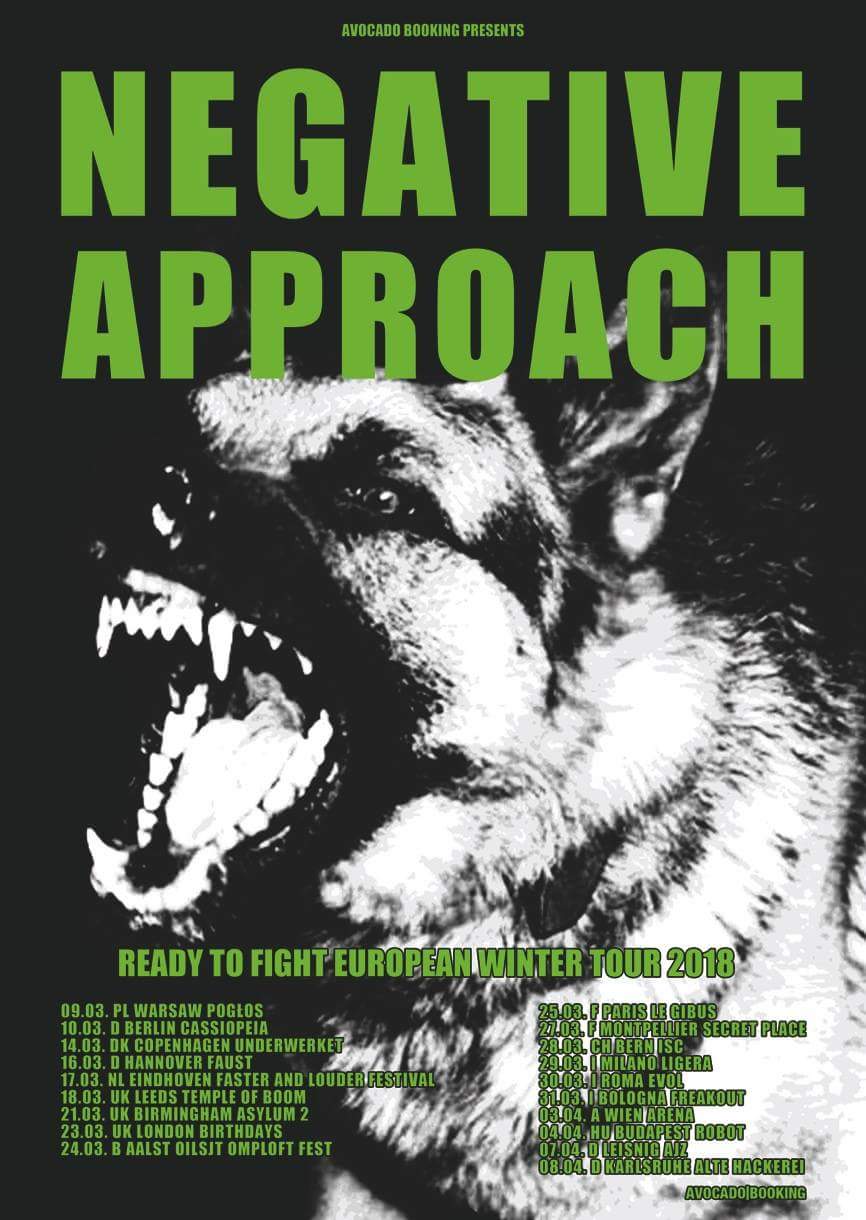 Sporadically touring since reforming in 2006, legendary American Hardcore Punks Negative Approach were among the highlights of Wacken Open Air Festival in 2016. Known for their firey brand of Hardcore with savage and nihilistic lyrics, exuding frustration, pessimism and rage, they took their influences and made them significantly more aggressive as they wrote their own
Read More

Here’s a Pro-Shot full set in High Definition from Detroit Michigan hardcore punk legends Negative Approach filmed at the Saint Vitus Bar NY in July 2017. The band orignally formed in 1981 and have sporadically released material since their debut full length “Tied Down” which remains the bands only official album.
Read More