Filmed prior to their show in Budapest Hungary on 10th October, Impact Metal conducted and interview with Joey Jordison of Sinsaenum. The current VIMIC and former Slipknot and Scar The Martyr drummer has recently revealed he has begun work on an autobiography that will see release as some point in the future as a long
Read More 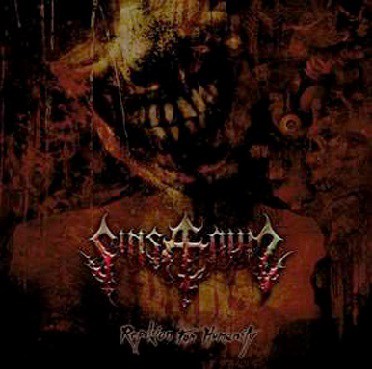 A nod to drummer Joey Jordison’s now re-incarnated Scar The Martyr? A shove at their former vocalist Henry Derek? Maybe… Joey Jordison’s other band, supergroup Sinsaenum have released a lyric video for single “Scared Martyr” featuring guest vocals from Once Human‘s Lauren Hart. Not only do they have a new album out on August 10th,
Read More

Death Metal Supergroup Sinsaenum have not only announced an album but a huge European tour! There will be a single UK date, 19th October at London’s Tufnell Park Dome aka The Dome aka The London Dome. The album, entitled “Repulsion For Humanity” will see release on 10th August via earMusic and is the follow up to
Read More