Following the release of their new album “Transitional Forms“, Sharptooth vocalist Lauren Kashan has sat down with Beez from Knotfest to talk about what drives her and her band with eternal forward motion in this latest episode of the Mosh Talks series. The Baltimore Maryland Hardcore Punk quintet celebrate the album which features a guest
Read More

Some of the vinyl editions of the upcoming 10th July “Transitional Forms” from Sharptooth have already sold out but you can still catch a half gold half bone or Heavy Oxblood and Bone Splatter copy here. They’ve dropped a lyric video for new track “The Gray” and Maryland Hardcore doesn’t get much better than this
Read More

The follow up to the critically acclaimed 2017 debut full length album “Clever Girl” from Baltimore Maryland Melodic Hardcore crew Sharptooth is on the way! While their is no date or title, there is a single entitled “Mean Brain” out today with Revolver Magazine getting an interesting interview with frontwoman Lauren Kashan. You can read
Read More

Essex Hardcore crew MTXS have to be one of the most hard working on the UK Underground Metal circuit. Playing everywhere and anywhere, we had the joy of witnessing their love show a few times last year, including at the very first incarnation of Upsurge Festival at The Newcross Inn in London. Known for their
Read More 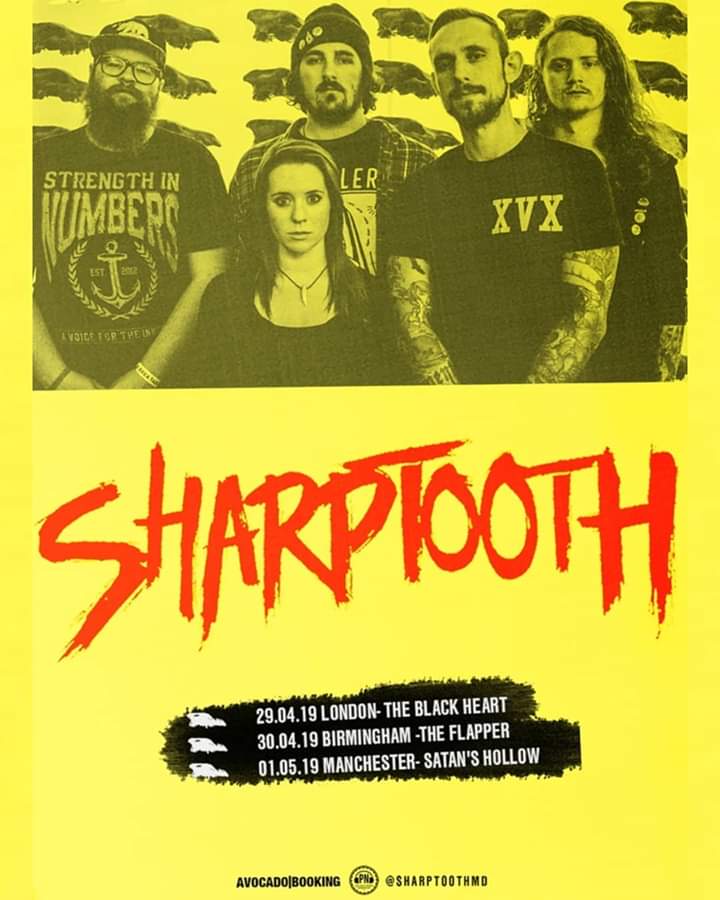 Following their set at Outbreak Festival, Maryland Melodic Hardcore quintet Sharptooth have announced a trio of additional UK shows in April! If you’ve not already heard of them, they recently became the latest band to play The Gutter, a Brooklyn New York venue that Kerrang! Magazine have been using as their K! Pit series dive
Read More

Female fronted hardcore crew Sharptooth from Baltimore Maryland have been pulling up trees with their now one year old album “Clever Girl”. The album saw release via Pure Noise Records, the same label as Terror and Stick To Your Guns in the US and has lead to shows with Cane Hill, Knocked Loose and punk
Read More