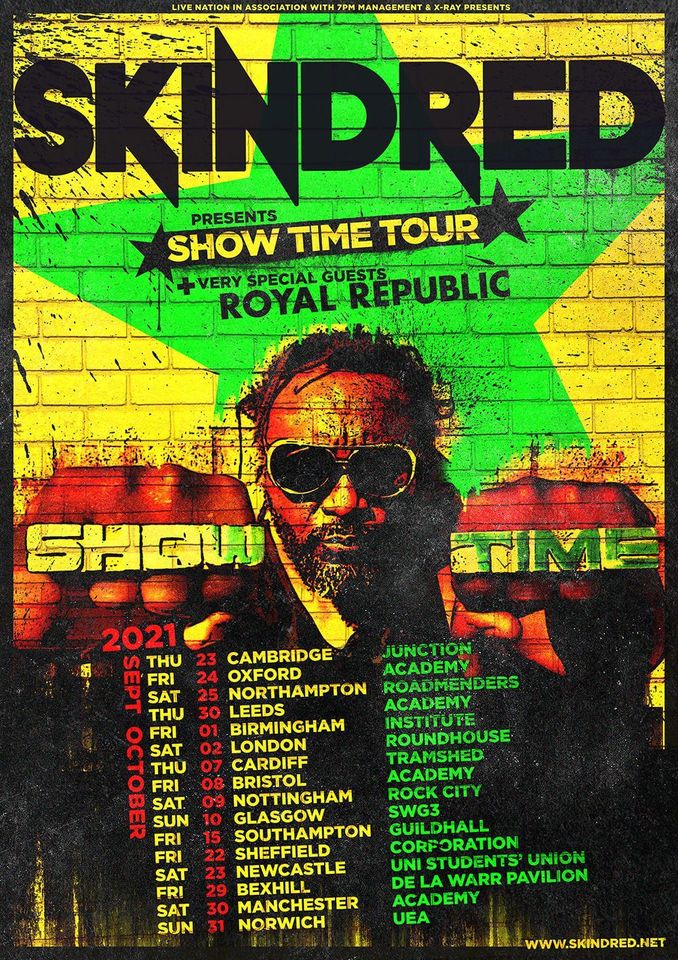 The organizers of Wacken Open Air have taken us way back, almost a decade in fact to 2011 and the W:E.T. stage the year before it became one of the two twin stages inside the huge Bullhead City Circus. The reason is simple; for Welsh Ragga Metal crew Skindred to light up the place with
Read More

One band really going for it in 2021 (having raised well over £10k for NHS Charities with an NHS t-shirt) will be Welsh Ragga Punk Metal crew Skindred. They’ve announced a wealth of shows with Royal Republic in support that will follow festival season that will take them up and down the UK in double
Read More 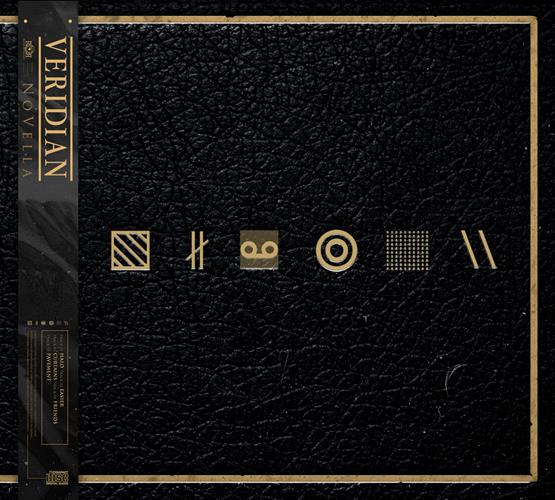 Reading Alternative Rockers Veridian, fresh from a pair of November dates with Palmist and of course the “The Night Of The Living Dred” support slot for Skindred, have shared a follow up to recent single “Halo” in the form of “Pavement”. As they have new music on the way, we took a few moments to talk to
Read More 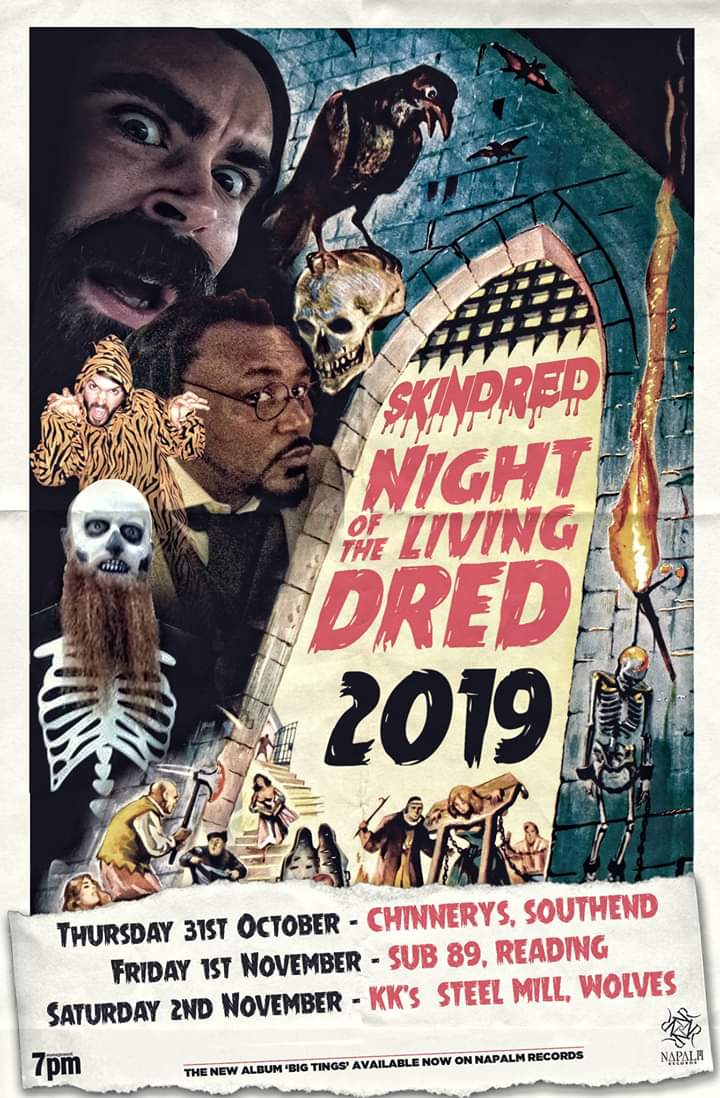 On the Night of the Living Dred, it’s only right that we celebrate the Welsh Party Monster that is Skindred! They ripped it up at Wacken with “That’s My Jam”, “Kill the Power” and “Warning” during their set at the critically acclaimed open air festival. A new album in 2020 seems likely… if they can
Read More

Celebrating the 20th Anniversary of the annual event, Bloodstock have gone all out with their their first band, securing a 2020 exclusive UK performance from Devin Townsend as a headliner! It looks like 2020 could see the fourth studio album from Butcher Babies with them making an appearance while former Machine Head members Dave McClain
Read More

Ragga Punk Metallers Skindred have lined up a trio of their traditional “Night Of The Living Dred” shows for this year that will be followed by a huge European Tour starting at the end of November, ending in Lille France just in time for Christmas. Don’t forget to get dressed up y’all. 10/31 Southend, Chinnerys
Read More 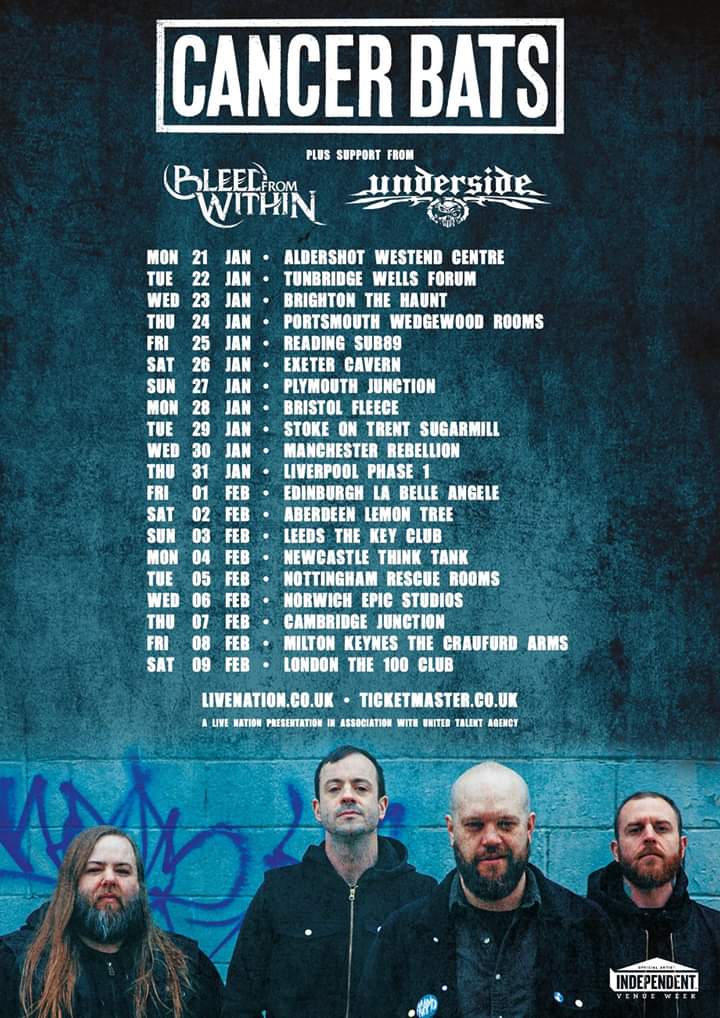 It’s Friday night and Canadian Hardcore Punks Cancer Bats are in town to party! Tonight is night #5 or as Liam Cormier puts it, the fifth concerto, of “The Spark That Moves” UK tour, which will see them tear up stages literally everywhere upon our shores! Hailing from Kathmandu Nepal are tonight’s surprise openers Underside
Read More

Whatculture.com have taken it upon themselves to join Listmania season with a “10 Best Live Bands of 2018”. To be fair, starting with Trivium at #10 is a great shout as they are indeed a live force of emmence power. For those that have seen them Loathe at #1 is also a fantastic call. No place
Read More