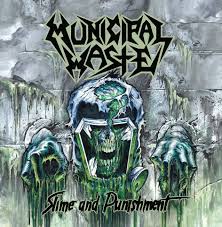 It’s been a while coming, but Municipal Waste have finally released a music video for “Slime And Punishment”. The title track from the album that the Richmond Virginia crossover Thrashers released last summer is one of the albums highlights!
Read More