Tag: To Drink from the Night Itself 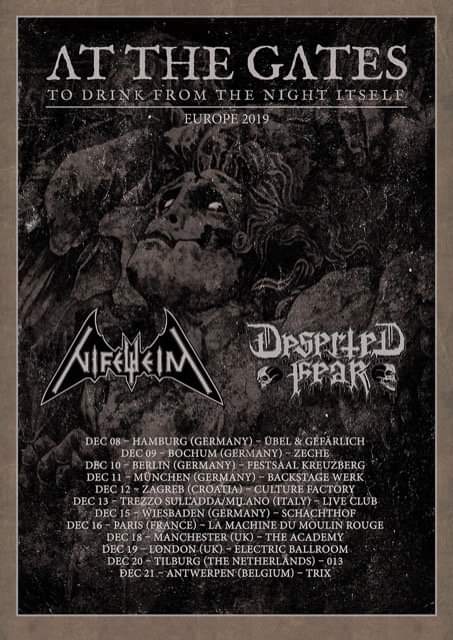 One of a clutch of bands credited with helping to create the Gothenburg sound, Death Metallers At The Gates were on a run with Amon Amarth, Arch Enemy and Grand Magnus in October when they stopped at the Riviera Theatre in Chicago Illinois. Not only did they play to a capacity crowd cuts from their
Read More

Credited as one of the creators of the Gothenburg style of Melodic Death Metal in their initial 1990 to 1996 run, the returned At The Gates released their sixth studio album “To Drink from the Night Itself” in May 2018. Here’s their full Pro-Shot set from last summer’s Bloodstock Open Air Festival, their triumphant return
Read More