A band who have toured relentlessly and developed a glowing reputation over their last couple of albums are Make Them Suffer. Returning home to Australia for this year’s incarnation of Unify Gathering in Tarwin Lower, Victoria, they spoke to the team about their plans for their next album with 2019 single “Hollowed Heart” the only
Read More

About to embark on a tour of Australia and New Zealand with Silent Planet, Oceans Ate Alaska and Thornhill, Make Them Suffer have dropped a new single entitled “27”. “Worlds Apart”, the third full-length studio album by the Australian metalcore crew, dropped last summer.
Read More 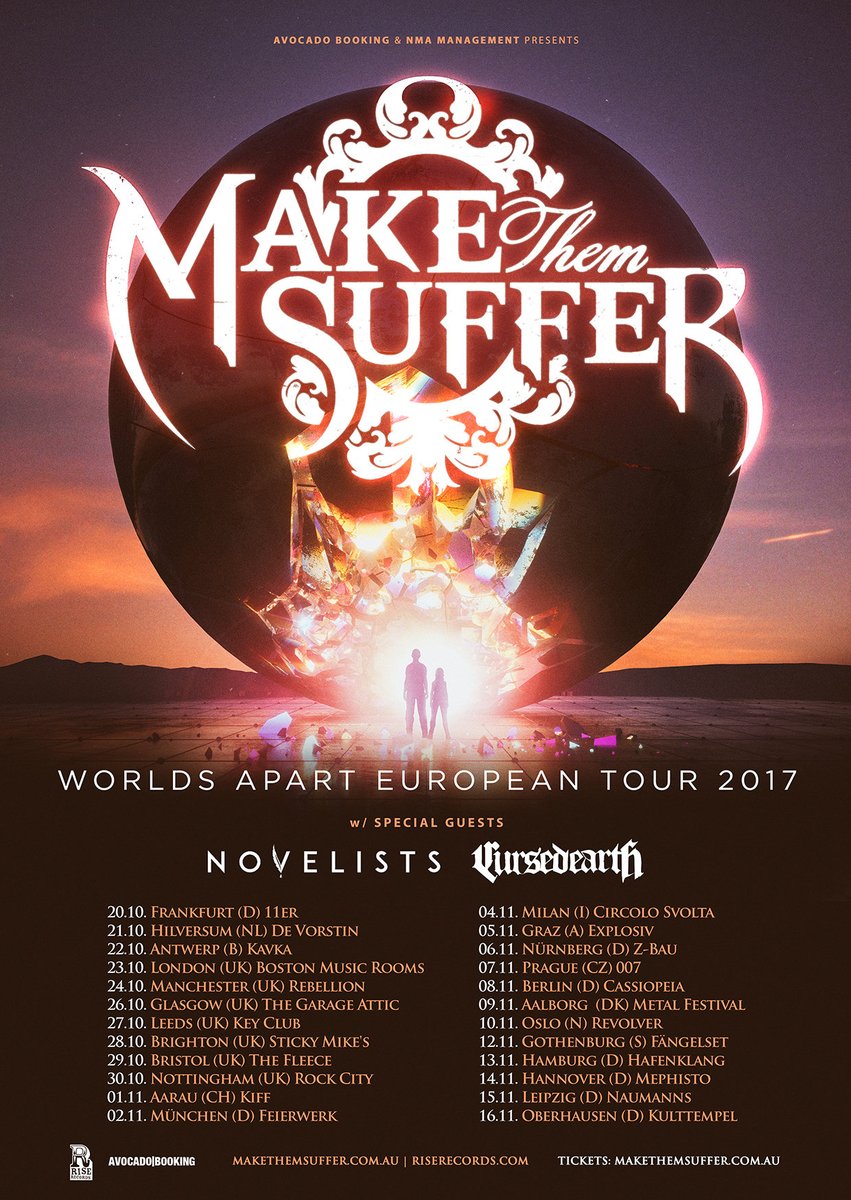 Perth, Western Australian Metalcore crew Make Them Suffer were a no-brainer to appear at this years UNIFY Festival, their stunningly good 3rd album “Worlds Apart” out now via Rise Records has turned a lot of heads and earned some critical acclaim of late. Here’s pro-shot footage of them performing “Blood Moon” at arguably Australia’s finest festival.
Read More

Make Them Suffer have released a music video for “Save Yourself” from their current album “Worlds Apart”, which is out now via Rise Records. The Perth, Australian Metallers have a huge North American Tour lined up this summer with Enterprise Earth and Spite.
Read More