Skip to content
HomeDocumentaryDocumentary: Behind the scenes of “Altars of Sacrifice” with Bloodfeast Ritual!

We wouldn’t normally go back to an older “behind the scenes” but as we have an upcoming review of “Altar of Sacrifice” by Los Angeles Death Metal trio Bloodfeast Ritual, so why not? The instrumental tracking of the EP was done over just six days, four doing drums and to doing guitars, at Ultimate Studios In Los Angeles California. The studio documented both the guitars and drums in two parts with a lyric video for“Eternally Molested By The One Most Foul” which is a guitar nerd’s wet dream as guitarists Michael Bala and Hunter Gurney showcase the rippage with four excitable solos a couple of weeks back.

“This song was something Mike wrote at 4 in the morning because he couldn’t sleep until it was out of his head and on paper. We love the melody and song structure, and think it’s one of the most unique songs on the EP.” says the band. 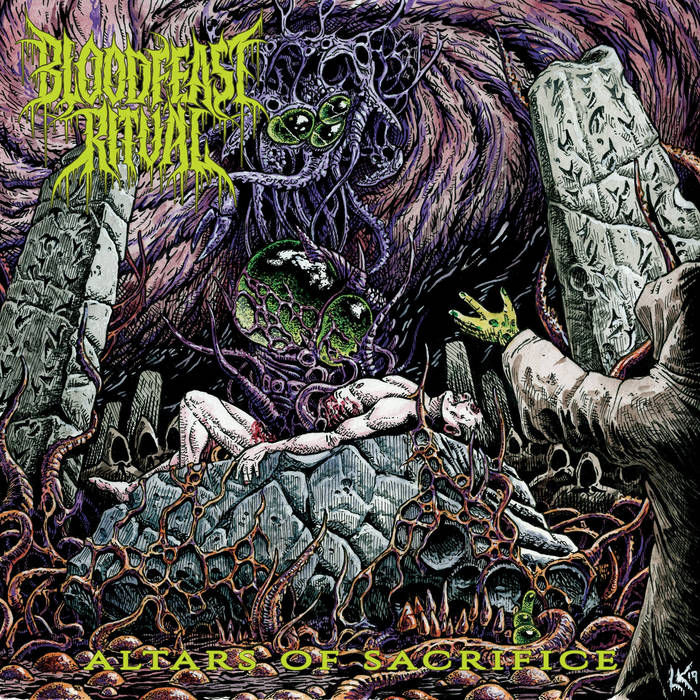