This past weekend saw the arrival of the second of potentially a trio of releases from Hilltops Are For Dreamers in 2020. Following their self titled debut EP, which saw the partnership between Vas P. (Guitars, Vocals) and Dionysus M. (Bass, Vocals, Drums) joined by clean vocalist Mike B of XYears fame, they’ve teamed up with Michael Enger from Beyond The Barricade for “A Transition“. We caught up with Vas P. to gain an insight into their collective ambitions…

The new material sounds great! How did the idea for the split with Repent For Joy come about? The idea came from Dionysus, Hilltops Are For Dreamers bassist. He had recorded two tracks for his band Repent For Joy and just waited for the right time to release them. At the same time, Hilltops Are For Dreamers had already recorded two new ones, so timing was right and our love to old school split records made us do it.

Between the debut EP and this new split, you’ve changed vocalist with Michael Enger from Beyond The Barricade stepping in for Mike Buttigieg of XYears. What was it like working with the new man and what brought about the change? Michael Enger is a friend of mine and we work on some music projects together in London. While he was in Norway, we decided that it was a great idea to do something together from a distance and see how lockdown could work on our benefit. He recorded all vocals and the result came out pretty interesting. Mike B. is still there but he is a clean singer. He recorded and acoustic version of our single ‘You Are Not Alone’ while in lockdown too.

The title of the new split, “A Transition“, was that just about unveiling the new vocalist or is there more to the story than meets the eye? I would definitely say that this period is ‘A Transition’ where we prepare the ground for our album. It’s not about a new vocalist, it’s more about the the band’s turn into slightly different musical direction. You will see what I mean in the near future. Stay tuned.

You’ve mentioned you’re working on a full length album, so your third release for 2020. How is that going? Are there any plans to include any tracks from the first two releases on it, or is it going to be all new music? New music. Around 7 to 8 tracks. We are planning to release something in November. It would be great to close the year with 3 releases. It means that the band’s in a good shape and full of energy to deliver new material.

As a band, you’re based in London but you both originate from Greece. How do you feel that your experiences of both countries have influenced your sound? It’s interesting. I think we are trying to capture the best of these two places and translate them into sound. Not sure, if that’s recognisable, but I would say it’s more about the vibes when writing, recording and building the concept around it. Hope that make sense.

We know you have a love of Soilwork; but if you could pick one of the bands that influenced you to take you on a European tour, which would you choose and why? I would probably say Thrice. They are a US band though. But both me and Dionysus love them.

“A Transition“, a split EP from both Repent For Joy and Hilltops Are For Dreamers is out now and available over at bandcamp 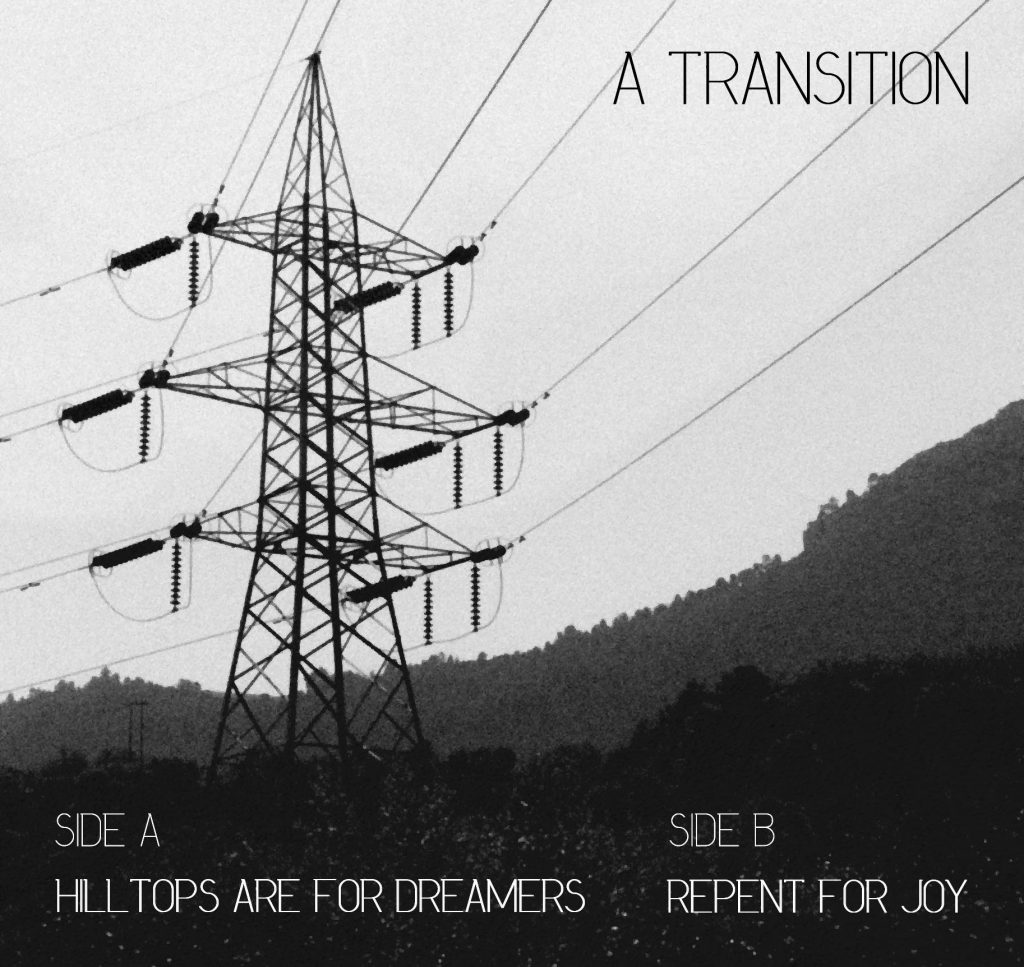 Tags:A Transition, Beyond The Barricade, Hilltops Are For Dreamers, Soilwork, Thrice, XYears