Skip to content
HomeReviewReview: “The Ascension Of Extinction” by Symphony Of Heaven

Emerging from the mud and rust of southern Indiana in 2017, Symphony of Heaven came appeared on the underground metal scene with their first EP “Of Scars And Soil“, a Melodic Blackened Death Metal debut with lyrical themes of suffering and pain and combining epic symphonic elements with blackened metallic riffs. Wasting no time, the band them launched their debut full length “The Season of Death“, the very same year. 2018 saw a classic split release in “The Body of Christ”, before a couple of line up changes; the band now consists of original member Pathos on guitars and vocals with bassist Timoratus and drummer Asaph; an appearance at llinois infamous Audiofeed Music Festival the following year.

This new EP is a concept release of sorts, lyrically exploring the fall of Man to Humanism and Marxism before the eventual rise of The Man of Lawlessness, otherwise known as The Antichrist. Opening cut “You Shall Be As Gods” is a blistering piece with mournful undertones that has classic Black Metal riffs, without the abrasive tones. The quality of the recording and mix makes it something clearly completed in a studio and not in a cave. Those symphonic elements of the bands debut release have been stripped out and the band are a power trio, although they have some female spoken word accompaniments. Title track “The Ascension Of Extinction” has some Thrash infused riffs and Pathos vocals are certainly suited to that genre with a bark of depth an ferocity that keeps the lyrics audiable. It’s only the backing vocal layer that is of the demonic possession quality you’d usually associate with the genre, not that that is a bad thing by any stretch, it gives the Symphony of Heaven more in common with Blackened Thrash acts like Dizastra than say Dimmu Borgir, who incidentally are an influence on the band, Pathos playing “The Unveiling” in a recent playthrough video. “Death March” brings Death Metal flavours with punchy riffs and gang chants like “Burn, Burn” and the song title, that will go down well live. It also brings back the symphonic element but only as a fleeting background moment, before a brutal passage of blast beats that extends through to the close and makes for a stand out cut. “Mountain of Man’s Ignorance” captures a sense of despair with drummer Asaph able to show off some impressive fills. The main riff has a a sense of classic Sega game Golden Axe while the bleak lyrics speak of how the Human race are ignorant about the World surrounding them in a socially aware cut that is refreshing in how it steps out of the genres traditions [7.5/10] 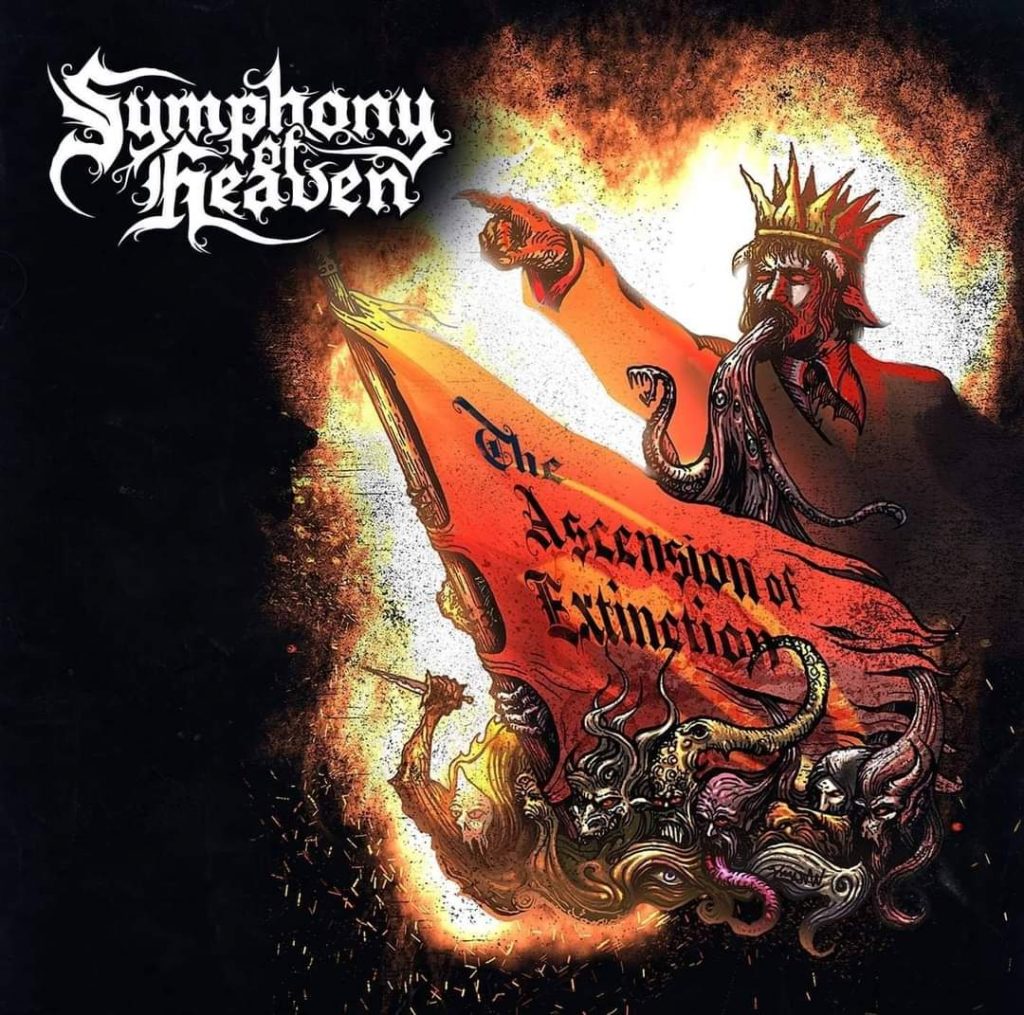 Tags:Dimmu Borgir, Dizastra, Of Scars And Soil, Rottweiler Records, Symphony Of Heaven, The Ascension Of Extinction, The Body of Christ, The Season of Death