Having already released an album “Arte Destroyer” in 2020 Mastered by Mick Kenney of Anaal Nathrakh, to return with an EP in the same year seems an interesting move, but then 2020 isn’t an ordinary year and Onsetcold aren’t an ordinary band. A quintet who had a 3 year hiatus from 2010 to 2013 during 17 years together and feature former members of Ex Inferis, Scarab and Xenosis in their ranks hail from Northwich, Cheshire, England…

…”Complex Patterns of Life” is a seething, spitting, snarling onslaught on that takes elements of all extremes and creates one beast of gargantuan proportions. Avante Garde Blackened Death Metal is perhaps the best description, although there are moments of Industrial Metal thud in the mix as well. Choral samples are backed off by screams of anguish and the orchestration of Gotham city in a cinematic universe while staccato abrasions smash into heavy caliber machine gun footwork and alien voices that twist the mind like a warped hallucination of chaos. “Death Blast” offers a moment of clarity in calm waters during its introduction before roaring into life like the bastard creation of Anaal Nathrakh and Zebadiah Crowe with cutting riffs that echo Black Metal style in Death Metal tones with a frenetic, frantic, buzzsaw like quality as vocalist Shaq roars with the voices of a split personality. A punishing listen that tests your limits, it doesn’t let up with “This Empire Will Fall“. The returning choral samples add an ethereal quality to a sonic that sounds like a beast rising from the black depths; a war between the forces of good and evil, fought between Angels and Demons that leaves nothing to the imagination in it’s savage, unhinged depiction. There is even a clean vocal moment from a broken man that bursts into an unexpected solo. As brutal as it is bats*** crazy, “Death Blast” is a fierce and addictive listen  [7.5/10]

1. Complex Patterns of Life
2. Death Blast
3. This Empire Will Fall

“Death Blast” by Onsetcold is out now via WormHoleDeath Records 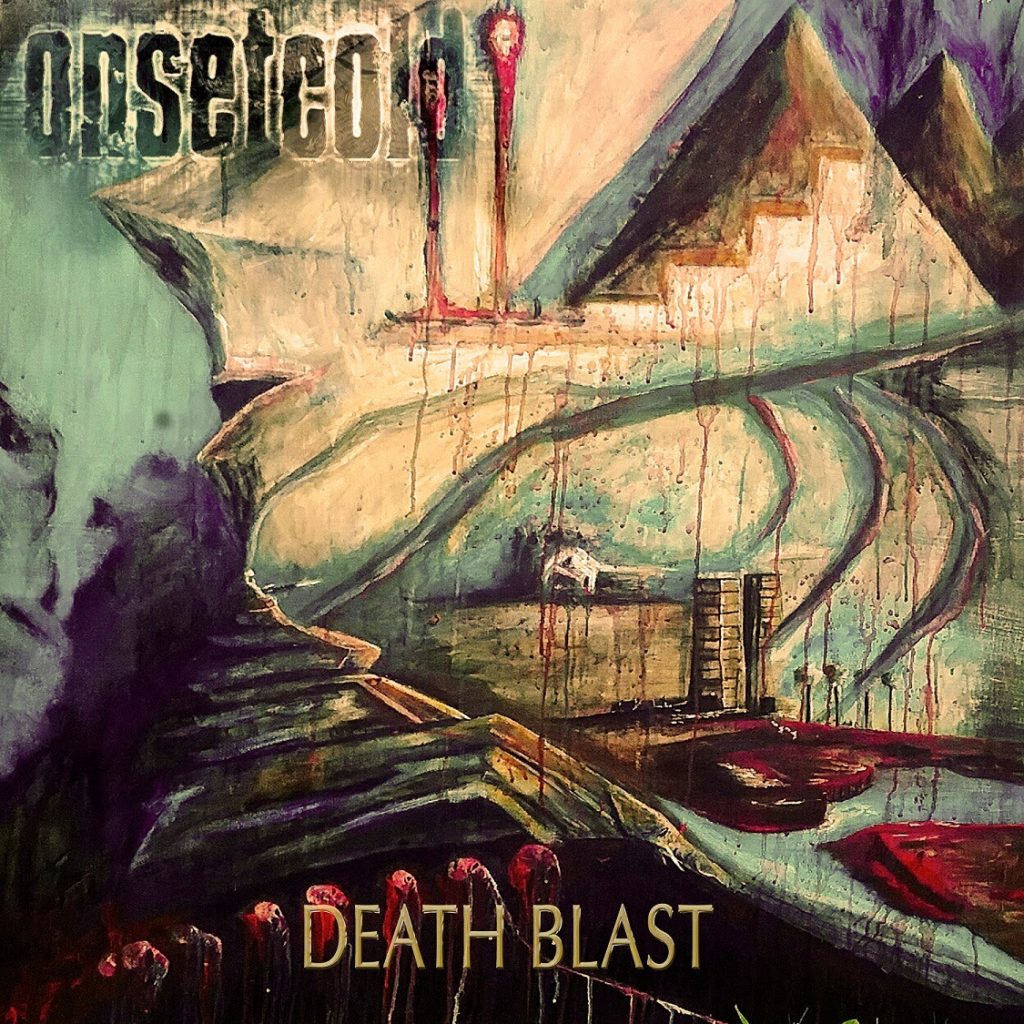