“Una Faccia, Una Razza” or “One Face, One Race” is a Black Metal collaboration between Mountain Hermit and Vintermørke spanning a trio of cuts with music entirely composed, performed, recorded, mixed and mastered by multi instrumentalist Ali aka Mountain Hermit from Rome in Italy and Paranøia from the Greek project Vintermørke performing as vocalist, lyricist and bassist, giving the moniker Papa Hermit. Both musicians have a wealth of experience in their own right with Mountain Hermit releasing material since 2012 and Vintermorke collaborating with The Kingdom of Peace back in May.

The repeated shattering of a glass object ushers in “Shattered Dreams“, a track of pure raw evil with a primitive drum sound, guitars low in the mix and the indistinguishable banshee whales of Paranøia creating that spitting, snarling venom of a demon crawling from beyond the grave to take your soul. You know where the shotgun is but something is stopping you from pulling the trigger, perhaps you want to see the whites of the demon’s eyes, perhaps you’re frozen in fear. An organ passage mid song acts as a moment of clarity although those rusted nails on a chalk board vocals remain. The follow up “Cold Dead Souls” is every inch the George A. Romero horror film soundscape piece; a melodic and melancholic passage of violins and pained whispers after the initial nausea inducing metronomic drumming and haunting guitars makes for a second piece of the evil puzzle before the oddly titled “Beer Belly and Ignorance” takes hold. Stepping out from under the Black Metal façade and painting with hallucinations of psychedelia, Funk and Jazz influences with eerie drumming make for a ride worthy of any circus of horrors. Expect the unexpected from “Una Faccia, Una Razza“, it’s a lethal injection of what lies between the nightmares and dreams, the likes of which you will never have heard before [7/10]

“Una Faccia, Una Razza” by Mountain Hermit and Vintermørke is out now and available over at bandcamp 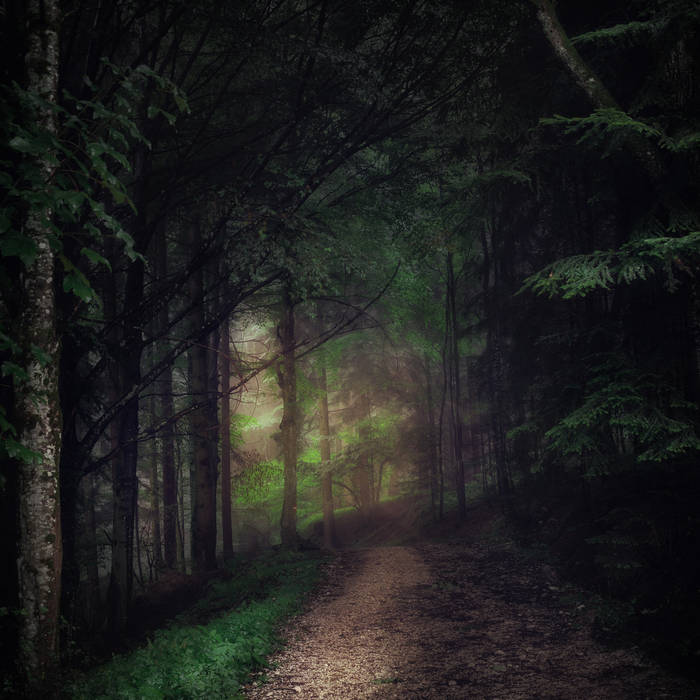