A Deathcore quartet from Maine, Death’s Hand (who may or may not be named after the the song by Australian Metalcore heavyweights The Amity Affliction of the same name) have announced themselves with debut EP “Unbalanced“. Intriguingly the outfit boast the undoubted talents of former War Criminal vocalist Ryan Hill in their ranks alongside guitarists Kyle Tobias and Edward Hamaty and drummer Kelly Banks, setting this one apart from the Wolf pack before a note is even heard…

…anyone who has heard any of War Criminal’s work will know that the Metallic Hardcore crew had in Hill a talented vocalist with a troubled mind. Lyrically their last EP “God Failed Me” is a dark affair, exploring themes of around different aspects of depression and hiding your true emotions, of wanting to believe in God but resenting that desire in the light of negative experiences and daily hardships and you only need look at the track titles of “Unbalanced” to see that this burnt offering runs along similar lines. You can take the vocalist out of a band but you can’t change the state of a person’s mind as quickly. “Relentless” opens up the floor with a spine juddering collection of staccato riffs that drive nails into the coffin with menacing intent, Hill putting in a performance both lyrically and vocally reminiscent of David Gunn from King 810 at his darkest and as an attention grabbing opening it works incredibly well. Playing their trade in the gap between Metallic Hardcore and Deathcore “Desensitized” brings elements of both genres as it carves it’s way through your ear drums, seamlessly combining the searing intensity of the later with some less destructive moments to give it a better balance and more edge, the heavier parts slapping harder and cutting deeper as a result. Each cut is a short, sharp shock with the four cuts totalling just over twelve minutes of total annihilation, Hill’s throat shredding vocals on the chorus of this one accompanied by some dark programming buried into the mix. “Betrayal” dances around on themes from “God Failed Me” with a crushing downtempo section sandwiched between layers of pulverising groove that make for the ultimate catharsis. It’s a powerhouse before the murderously violent “Lacerations“, that is a brutal lyrically and vocally as it is sonically bringing plenty of bounce to the mosh pit and an unexpected solo. The surprise is perhaps how sing-a-long-able the chorus is despite being so vicious so if you like your Deathcore laced with hatred, self loathing, violence and destruction, then you’re looking at a heavyweight champion [7.5/10]

“Unbalanced” by Death’s Hand is out now 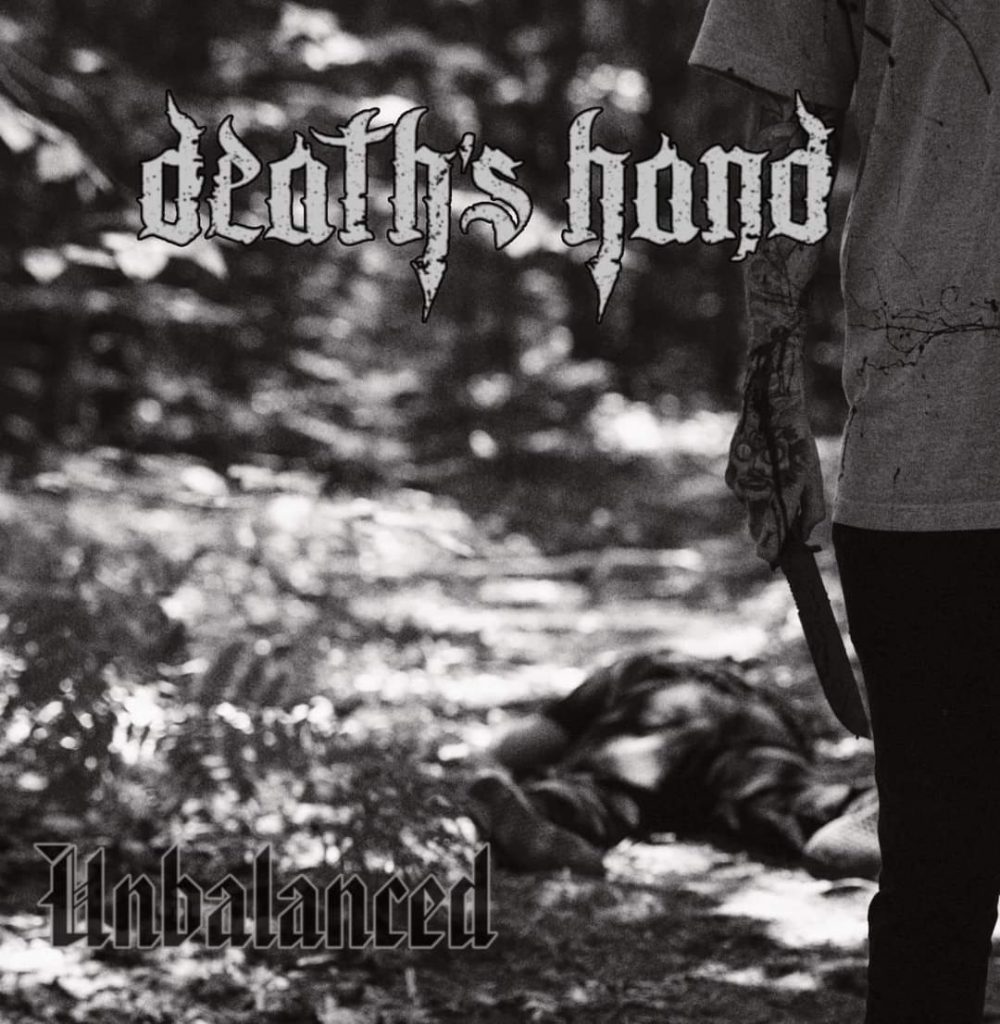