Skip to content
HomeReviewReview: “Self Titled” by The Vulture

You’ve got to have respect for any band who simply state in their bio “We play Death Metal” as The Vulture on social media and on bandcamp. It’s the kind of straight and to the point talk that everyone can get behind in terms of self-description. Their Witches brew of a self released debut EP clocks in at just over 20 minutes and takes influence from Cannibal Corpse and Deicide, and having originally saw release in 2020 digitally, however the band have pledged their allegiance to German label Corrupted Flesh Records for a limited physical run that includes some Toxic Avenger style green cassette tapes.

As with most debut releases it’s a little rough around the edges as the band are still sharpening their collective blades and honing their sound but much like the debut from Penny Coffin we reviewed not that long ago, it has plenty to offer. “FaceScraper” may not be the heaviest of opening cuts guitars wise but The Vulture provide substance over style and it is very much still a rampaging tribute to US Death Metal acts of old while also dabbling in the blast beats of Black Metal in places. Similarly “Time to Burn a Body” reminds of “This World Is Ours” era Upon A Burning Body with some solid Deathcore moments and atmospheric punches of frenetic sinister riffs amid the unclean vocal rantings. A Juggernaut of a cut “See You at the Gallows” pummels you into submission with vocals that don’t stop for breath while you nod you head in rhythm to the unrelenting performance of Death Metal groove pierced by an icy sound of a metallic strike from the kit that could be blunted cowbell while the roar “The next time you see me, I’ll be swinging from the gallows!” is like dragging nails on a chalk board. Each cut is a lyrical Hammer Horror story, a tale of bloody debauchery depicting a nightmarish vision of death and destruction in the finest of taste, skirting around some of the gore filled elements that more extreme bands delight in while still being close to the mark, like a horror film that cuts away as the knife strikes to keep it all atmospheric and psychological. There are circle pit driving riffs with Helter Skelter vocals that continue into “Degenerates” but its the Deathcore elements that make this one a powerhouse as breakdowns are overlaid with slick riffs, its actually a shame it doesn’t continue on as it could easily go another stretch. Another left field moment is the opening salvo of “The Collector” which borders on DJent territory before cutting a path through the corpses of the undead before it with groove laden riffs and the diversity here is what makes the work of The Vulture so good, they could go off on multiple different tangents from here and have a career in different sub-genres without detracting from what they have already delivered. The final example of that is the suitably titled “Final Midnight” which introduces Technical Death Metal riffs, the likes of which you would not have expected if you listened to the opening cut in isolation before this [8/10]

1. FaceScraper
2. Time to Burn a Body
3. See You at the Gallows
4. Degenerates
5. The Collector
6. Final Midnight 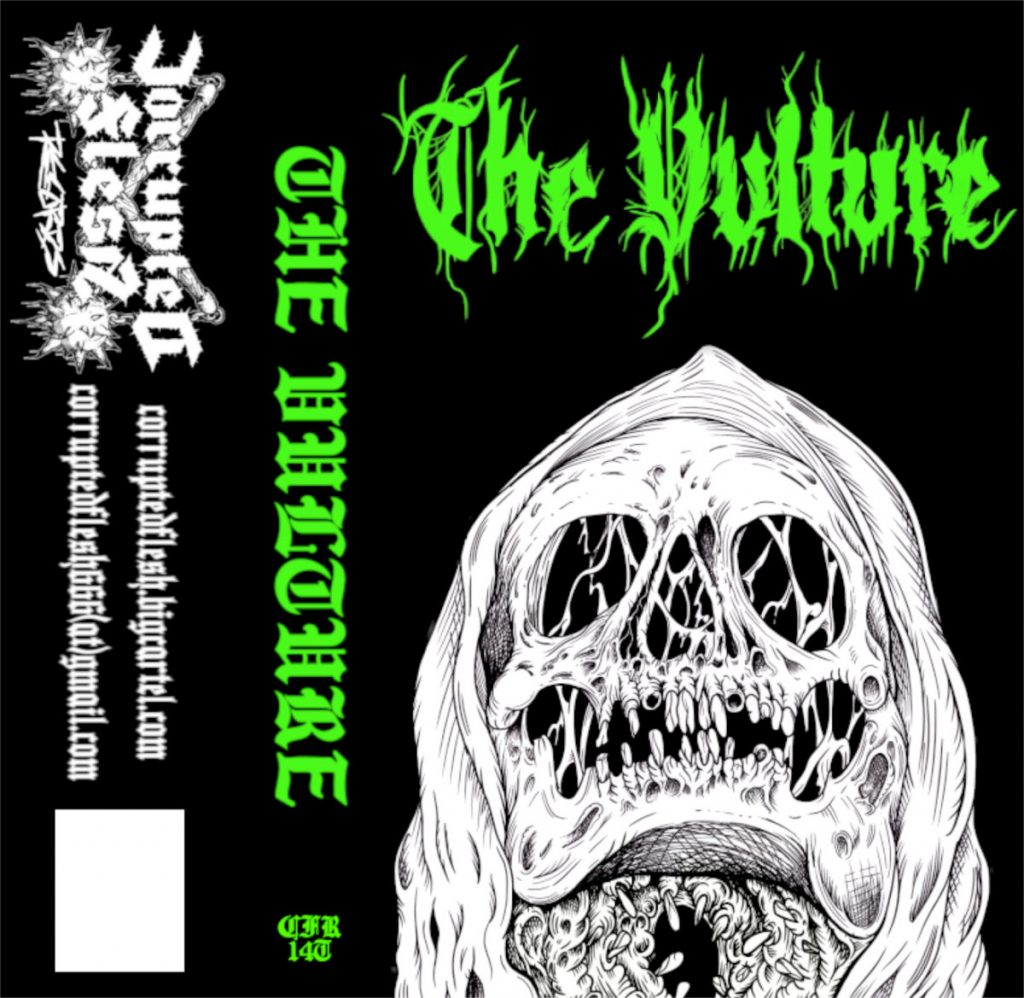