Skip to content
HomeReviewReview: “Trifecta” by From Sorrow To Serenity

“Our intention with Trifecta was to create a series of songs that can be enjoyed both individually, and together in one combined experience.

Coming into the writing process, we knew that we wanted to explore new avenues, both musically and with the lyrical themes. Something we felt strongly about was writing lyrics from an introspective position this time and discussing our own personal, and interpersonal, struggles as people – topics we had only just begun to touch on in our latest album ‘Reclaim’. We felt with our lyrical content in past, we have had a tendency to almost hold our listeners at arm’s length – discussing the bigger picture, and issues we all face, but never really letting on to who we are as people. With ‘Trifecta’, we knew it was time to lift the veil and express exactly who we are, to discuss our own experiences in life, and take our listeners deeper.

As with all stories, Trifecta has a beginning and an end. The EP brings ‘Shadows’, ‘Red Mist’ and ‘Tell All’ together in a connected, 3-parter, taking you from paranoia and defeat, all the way to and acceptance and redemption.

‘Shadows’ wastes no time in bringing you into our world, discussing topics of PTSD, depressive and suicidal thoughts, and giving in to defeat.
‘Red Mist’ brings rage to the forefront, facing that you have become your own worst enemy – and the pain and regret of losing control.
‘Tell All’ is the relief at the end of our struggle. Acceptance is the first step in finding peace, and we encourage you to embrace who you are and take it out into to the world, no compromise. You are good enough. You are unlike any other. Take control and live life for you – because no one else is going to.

Musically, we have found who we are and where we are at as a group, but we always want to push the envelope and strive for more. Bigger sounds. More memorable hooks. Better songs. This drive, in particular, led to much more extensive use of synth and orchestral elements, particularly in ‘Red Mist’ which features a full orchestral accompaniment throughout its duration, and in ‘Tell All’ which features the most ‘clean’ vocals in any FSTS song yet.

Our special thanks goes to Josh Clark for creating the 3 artworks which accompany each song, Craig Gowans [Bleed From Within guitarist] at 12 inch media for his work on the EP artwork and single covers, Florian Kreutzfeldt [Project and A&R Manager at Nuclear Blast & Deadshot Music, Nosebleed drummer] for nurturing our creativity and steering us in the right direction, Manuel at Long Branch Records for his support in our decision to release this EP before the next album, Aurore Angelique for her merch design work, Ermin Hamidovic [Periphery, Sylosis, Bury Tomorrow] for mastering the EP, and to our family, friends and followers for supporting what we do. In a time when so much of our life is lived in constraint, we give you music that’s free of any” ~ From Sorrow To Serenity

If anyone thought that guitarist and clean vocalist Steven “Snev” Jones joining the ranks of From Sorrow To Serenity’s Glaswegian brothers in arms Bleed From Within in 2017 then the release of 2019 album “Reclaim” should have been enough to convince them otherwise. However the doubters remained despite their march forward towards Riff City assisted by the throat shredding vocals of former Nexilva vocalist Gaz King, drummer Ian Baird and bassist Andrew Simpson suggesting to the contrary. “Reclaim” took them to new heights, including extending there reach to shows in Japan, while streaming services confirm the band have plenty of fans in Germany and the US, should they wish to push those boundaries further. “Trifecta” goes a long way to confirming that the band aren’t dead yet with a trio of ripping cuts that blend DJent fueled Metalcore riffs with cathartic lyrics as King vents his spleen in introspective fashion. “Shadows” is breakdown heavy while throwing down rich Metalcore leads that take influence from the 2003 era of the genre and provide plenty of texture; the quartet could well be a quintet live with all the high quality guitar work in place. “Red Mist” brings some harsh spoken word elements that add to its crushing darkness, while having a mesmerizing solo that is pure class. Quite how they’ve managed to make a main stage festival sized scream-a-long anthem out of a cut about being consumed by a venomous rage is testament to how good this band really are as on paper the two seem polar opposites. “Tell All” brings plenty of bounce and some impressive clean vocal parts that you might not have associated as much with FSTS but work incredibly well. As a whole “Trifecta” works together, these songs fit each other like pieces of a jigsaw puzzle and Bleed From Within will no doubt be listening to these and raising a glass to their friend in Jones, as he proves that they made the right choice in bringing a musician of talent to their ranks. It feels like this is the start of a fresh chapter for FSTS and on this evidence, long may that continue [8.5/10] 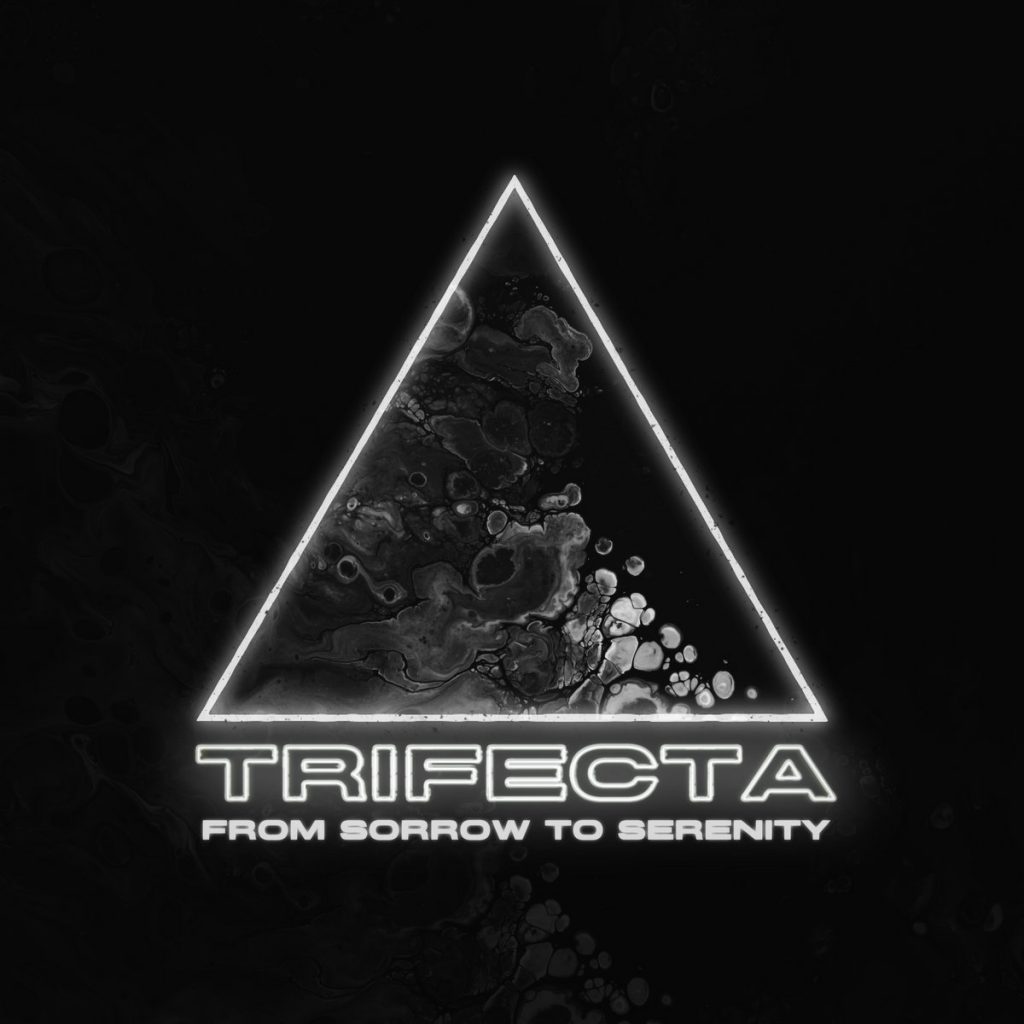