Skip to content
HomeReviewReview: “Ashes Of Dead Worlds” by In Asymmetry

Featuring within their ranks the insane drumming dexterity of Darren Cesca (Deeds Of Flesh) and the vicious vocalisations of Taylor Wientjes (ex-The Faceless, ex-The Kennedy Veil, ex-Inanimate Existence) are a beast known as In Asymmetry. The group who are rounded out by bassist Darren Joy and guitarist Victor Araneda specialize in the brutal end of Technical Death Metal, known for bewildering complexity and staggering power. This debut sacrificial offering to the wrathful Metal Gods has been given the name “Ashes Of Dead Worlds” and was Mixed and Mastered in house by Darren Cesca at House of Grind Studio before being granted life with the artwork from Par Olofsson…

Born into a waking nightmare, trapped in a labyrinth of darkness surrounded by walls dripping with Alien excretions and soon to be corpses begging to be saved from chest bursting inevitability, “Ashes of Dead Worlds” is a white knuckle adrenaline ride of sheer terror from the very start. Frantic and frenetic riffage is accompanied by restless and relentlessly pulverizing rhymical battery that knows no end as the dark tales flow in ear splitting fashion from the throat of Wientjes. He may not have the more slam-centric power of Tom Bradfield of Twitch of the Death Nerve but he is certainly a powerhouse vocalist when it comes to this style and the fact that the lyrics are distinguishable but still as brutal goes a long way to creating the atmosphere of what is a skull obliterating record. His voice isn’t simply an instrument, it’s a deliverer of evil and if you think you’ve got what it takes to chant these words, then you’re opening a portal to hell through which any manor of beast could crawl. Touches of dark orchestration give an ethereal atmosphere, an ominous summoning to the opening cut “Whom Prey on the Weak“, the use of which is but a momentary reprieve from the chaos that is about to begin. A surprise melodic bridge in the middle of “Forged by the Ancient Entity” that echoes Progressive Folk Metal and is broken by a Slam roar something of an oddity in an otherwise viciously barbed number that you have to count the cuts you’re left with before listening to again for fear of bleeding out. Each track has devilish hooks and raw energy in abundance; the quality of the recording along with the mixing and mastering ensures that every instrument has its rightful place while sounding crisp and clear. Blistering arpeggio’s from Araneda throughout strip the flesh to the bone of his fingers, “In My Own Image and Likeness” being a particularly choice affair, both an engaging and challenging listen as it pushes you to the furthest edges of your usual boundaries, too scared to look, to hungry to let go. Including a cover from 2010’s “Path of the Weakening” by Deeds of Flesh is a curious choice with Cesca in both bands but it works like a hand grenade while confirming that In Asymmetry can handle anything thrown at them [7.5/10] 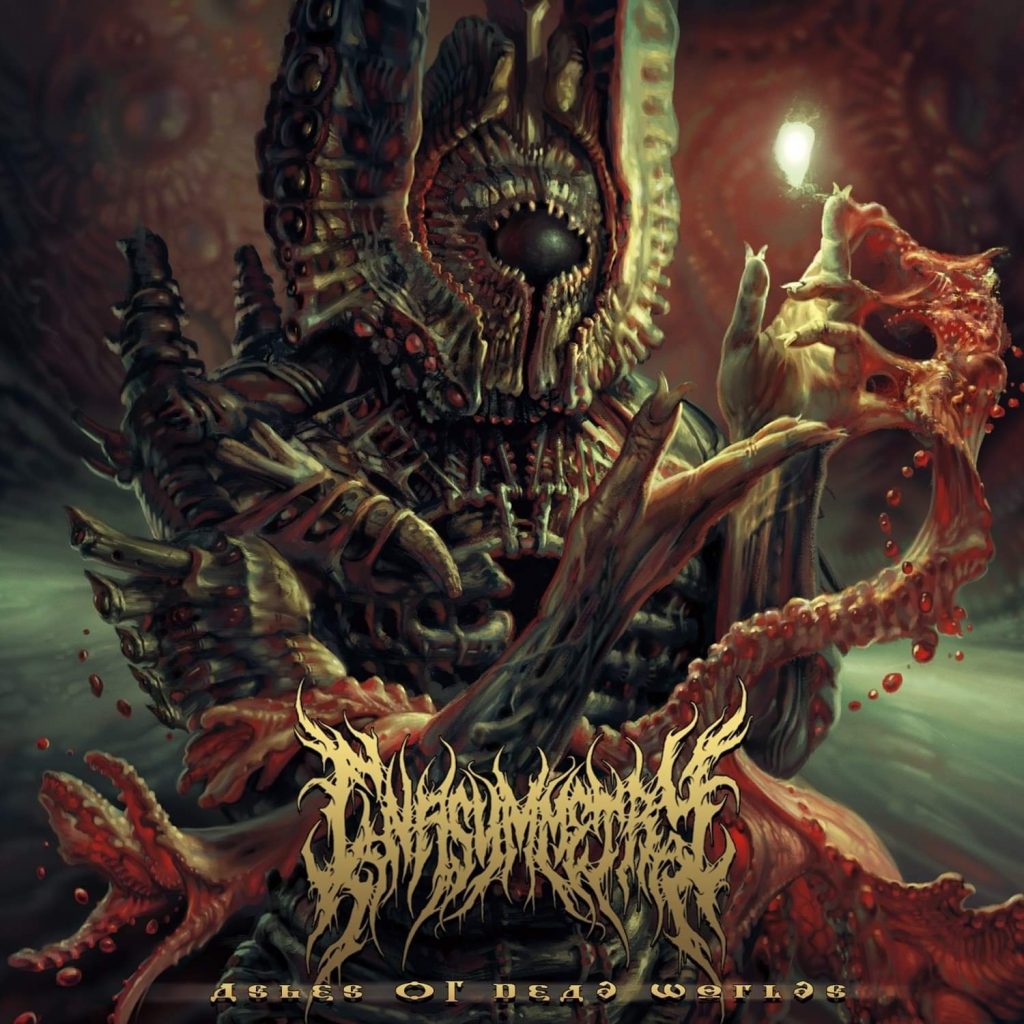 Tags:Ashes Of Dead Worlds, Comatose Music, Deeds Of Flesh, In Asymmetry, Inanimate Existence, Path of the Weakening, The Faceless, The Kennedy Veil