Who are Befell? They’re the Metalcore band with Thrash leanings that you haven’t heard of yet who everyone is going to be talking about in the not too distant future. Why? Bruce Boring (vocals and guitars), Mitchell Caprio (guitars) and Jace Ebersole (drums) got together in the midst of the year of the great plague and managed to write nine cuts remotely and put together both a demo and the EP this year. The fruit of their labor is “Solitude“, a four track EP that is about to blow your mind. So we spoke to them after we’d picked ourselves up from the floor and this is what they said about it all…

“Despite the overall dark melodies that sound almost in the Black Metal area in some parts, but overall the aggression and buildups to explosive parts make it a fun listen and it’ll hopefully give off the feeling of people wanting to hear these songs live. The singles are meant to show exactly what we’re all about. The track “Smoke Signals” demonstrates the blend of atmosphere, melody, and aggression while EP opener “Ticks” mostly leans towards the aggression and buildup to the riffs.” ~ Befell on “Solitude“

How have you found the reaction from those who have heard the two pre-EP release singles “Smoke Signals” and “Ticks” so far?

Jace: “Very well! Smoke Signals is the more complex one I guess you could say and people have been telling me the combination of melodies and riffs is very unique and Ticks is just a straight forward, kill someone in the mosh pit, heavy fun”
What was it like getting a band together in the midst of a pandemic? At what point did you know you had writing chemistry as a group?

Bruce: “Getting a band together in the midst of a pandemic was interesting because we started writing and sending riffs before we ever met each other in person. It was definitely way different than any form of writing I’ve ever done before. Us finding out about one another is another aspect because it was just really a right place right time kind of thing through a mutual friend”

You wrote “Solitude” in isolation, recording the parts separately and then bringing them together later; how did you find that as a process as opposed to getting in a studio together? Less pressure and more time to get it how you wanted it to be or was it something of a double edged sword?

Jace: “I honestly found it to be more of a challenge in some spots during the writing process just because of the fact that if someone wanted to make a change to a riff, even a minor change, it took pretty much half a day for them to get home, record it on their setup and then send it, and once we got down the line we basically refined it to someone creating a full-on demo, the others revise it and send their versions and we keep what we like and go from there. For recording, I think it was perfectly fine”

The EP has a wonderful balance between dark melodies and fun riffs; was that something you were looking to create from the outset or was it something that just came naturally?

Bruce:  “The balance between melody and riffs is definitely something that I wanted to have. The tunes have to have killer riffs that can also be hummed and remembered. Same with the harmonies and choruses. It’s something that came out naturally because the way we write is, if the tune sounds cool, it is what it is. I personally don’t put too much thought into whether a riff or melody is cool or “metal” enough. If I dig it then I’ll throw it into something”

Songs like “Endless Cycle” have the kind of guitar solo work you might expect to hear in an arena-sized venue with pyrotechnics, somewhere between Unearth and Trivium; so where do you see Befell in five years?

Jace: “Hopefully doing just that! My main goal with this band and music in general (whether it be a live sound engineer or whatever) was to tour and play shows to crowds that we’re having the night of their lives because I know how special a concert is and how I always get the adrenaline rush walking in a venue no matter what. I see us continuing our hard work to try and make it to that point”

If you could have any guest musician to work with you on a song for a future release, who do you like the idea of working with and why?

Bruce: “If I could have any guest musician to work with on a future release it would have to be Jesse Leech from Killswitch Engage because his voice is absolutely killer and iconic, and he seems like a very nice guy”

Jace: “I think a vocal feature always makes the most sense, so Howard Jones, easily. Would absolutely kill a chorus and can provide some pretty gnarly screams.
I like how we both picked the two different Killswitch vocalists, how amazing is it that a band could get two amazing vocalists like that?”

We’ve heard rumours of a six track demo called “Uproot” that preceded “Solitude” so what are the chances of an official release for that?

Jace: “So there may have been some misinformation. Uproot and Solitude happened in the same writing sessions, we had 8 songs written (9 if you include the intro track to Uproot). Uproot is currently available to stream, but we consider it a demo because those songs were a lot less cohesive than what is on Solitude. Between the release of Uproot in January and Solitude in May, we had a much more focused direction that allowed us to make the vocal melodies, the lead guitars that were added on after the main body of the song was written and just the overall sound come together much smoother. We didn’t advertise it because the end result wasn’t the best because while I have pretty extensive knowledge of mixing, recording is something none of us knows. Our release after Solitude is going to be recorded with all the equipment we could want so we feel like sonically and song-wise, everything keeps falling into place more and more by the day. But I digress, Uproot is available but we didn’t really advertise it too heavily because we still didn’t know who we were and it just was a little messier than we were proud of. Re-recordings of some of the tracks with top notch quality could be seen in the future though!”

“Solitude” by Befell is out now and available over at bandcamp 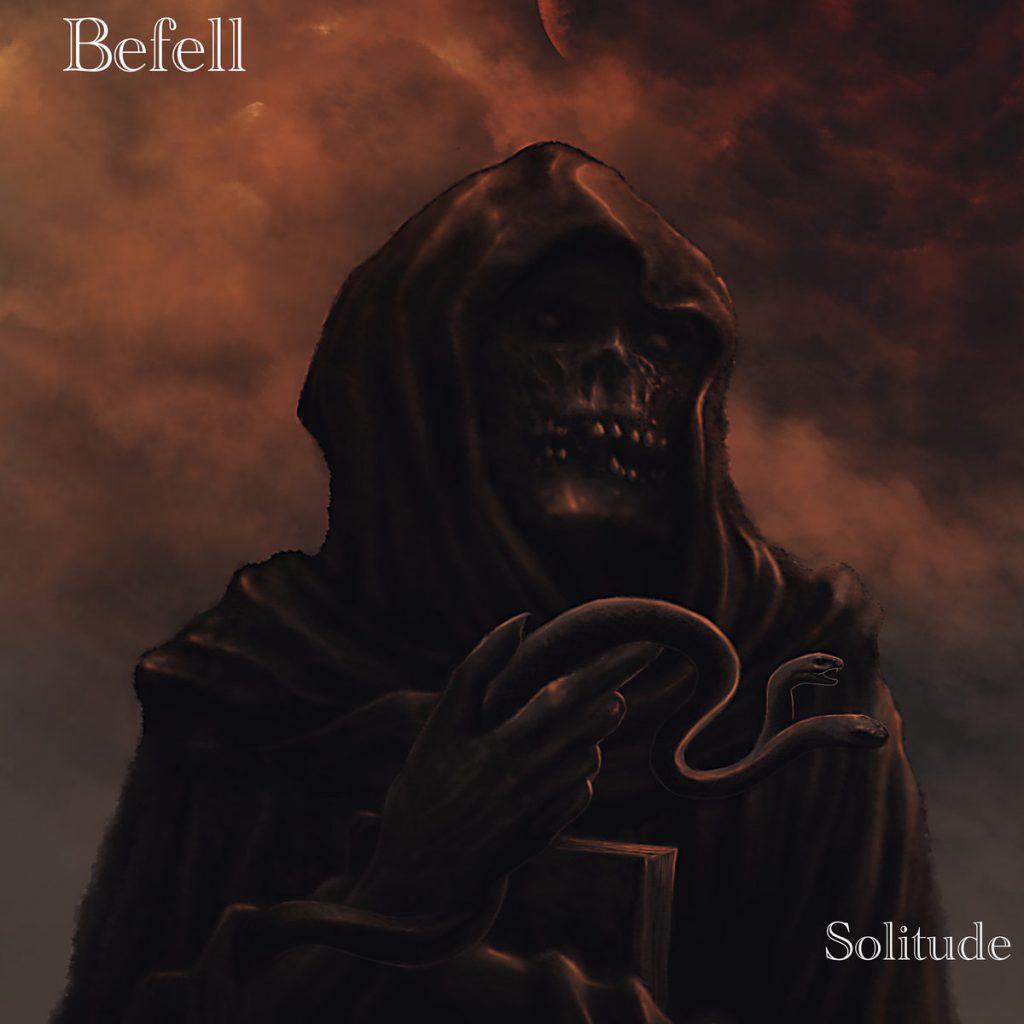