An in-your-face-Hardcore orientating Sludge Metal act hailing from Ghent, Belgium that started out as a one man project before growing legs, La Nausée delivered some tectonic plate rumbling material with EP “Battering Ram” not so long ago. Influenced by international acts Iron Monkey, Black Tusk and Deftones, with this debut EP they fall into a niche category with chunky and abrasive riffs which are mosh pit satisfying all wrapped up in gritty raw integrity while having a sense of familiarity about it that gives it instant appeal as well as a shroud of darkness…

As your debut EP “Battering Ram” has been out for just over a month, how have you found the reaction to it so far? “A new project is always exciting. It has been great to see that people are liking it and are listening from around the globe. Songs have been featured on some of my favorite radio shows, youtube channels and podcasts which is awesome. This might be a good time for a shout out to all those people reviewing, writing blogs, making local radio shows, podcasts and playlists, just for the love of music: You Rock!”

The preceding first single “Split” hits hard as a powerhouse of Sludge Metal with foreboding lyrics; how important was it to release the right song first and what went into the decision to pick that one? “La Nausée started off as a one-man home recording project during the lockdowns when rehearsing with the band I play bass in was not possible anymore (prog-sludge band Left Eye Perspective). I was jamming and riffing at home with no actual goal but to have some fun. By the end of 2020 there was a bunch of material on my laptop and these songs began to take form, of which the demo version of SPLIT was the first one to be ready. I impulsively went ahead and sent the audio files to STEF EXELMANS to hear what the song would sound like after he worked his magic on it and I was blown away! So one month after the bits and pieces of that first demo version fell together I released it online with a video. There was no big plan or release strategy, only a heavy monster of a song and an impulsive urge to get it out there.”

There is a lot of anti-smart phone rhetoric around at the moment and with “Controlled” you go into that; how important is it that people realise that they need to live in their now instead of mindlessly following? “The song controlled is indeed partly about smart-phones and how they are designed to be incredibly addictive, making us want to check them over and over again for that next notification or update, but even more about the bigger ‘corporate marketing machine’ at the other side of the screen collecting and selling your data. What might look like a service to us is actually just another way to sneakily guide us to that next click on the BUY BUTTON. Without getting all paranoia we do need to be aware of those tricks and have our eyes open to the world and people around us.”

The Metal scene seems to be more multicultural than ever at the present time, so how has the scene in Belgium influenced you? “From my personal experience I can not say the metal scene here feels that multicultural although it does feel very welcoming and open minded. Belgium has a scene with little boundaries in a musical way. There is a lot of room for experimenting and mixing genres. Bands like Vandal X and Raketkanon, but also Drums Are For Parades and Kapitan Korsakov were real eye-openers to me, because to me it feels like they have lack to any conventions on how they ‘should’ sound or write their songs and that makes for a real honest kind of fresh sounding music.”

You worked with Stef Exelmans to do the mix and master for “Battering Ram” based off of his work with Bear and Turpentine Valley; do you have aspirations of playing shows with those bands once the Global Pandemic eases? “I saw BEAR in my favourite small club Kinky Star in Ghent, 3 o’clock at night, and even at that nightly hour they blew up the place with their enormous amount of energy! Playing a show after them it would be incredibly hard to top their energetic performance for many bands, opening for BEAR would be awesome though! I am lucky to have already shared the stage with the charming guys from Turpentine Valley, with my other band Left Eye Perspective, and would love to do so again in the future with La Nausée”

You’ve mentioned freedom and free speech; do you see yourselves as an independent band going forward or do you think labels have something to offer still in the current age? “In this day and age a band can achieve a lot with the right DIY attitude. One can release music and keep total control, but I think (small) labels run by music loving enthusiasts are an essential key to keep a dynamic and vibrant music scene alive, especially for physical releases such as vinyl, cassette and CD. Working with labels like that should not mean one has to compromise on musical and lyrical freedom”

What’s next for La Nausée? “Now that rehearsals are possible again, the first thing on the agenda is getting together as a band and work on a live set so we can get on stage in front of a real live audience! There is a bunch of raw material ready to work with, so we will head to the studio whenever we feel like recording it. The same way BATTERING RAM came to be, very impulsively, I want to avoid too much planning and overthinking. If it feels right we’ll hit that record button. If we feel like certain songs should be released, we will do so, be it as a full album or another EP” 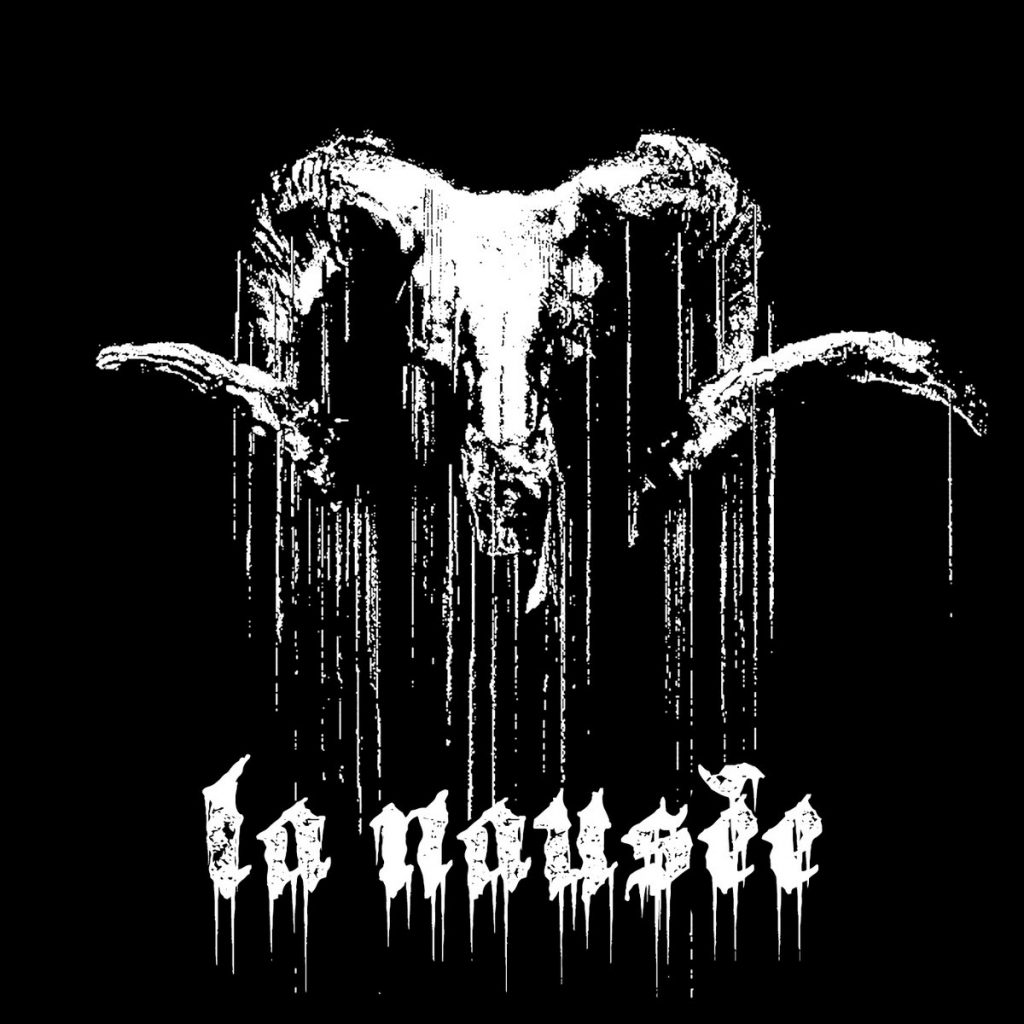