Skip to content
HomeReviewReview: “Never Prick my Pickles” by Smokeheads

“Smokehead is a heavily-peated Islay Single Malt Scotch Whisky that’s intensely rich yet subtly sweet. With immense smoke and notes of sea salt and spice, this is a vigorous whisky that stands out from the crowd. A whisky that’s uncompromising, unexpected and defiantly different, Smokehead embodies a wild spirit that’s custom built for outliers. The aroma of something powerful and fiery awaiting you. Thick, heavy wood smoke. Rich, earthy peat. Extremes of spice and sweetness. Fresh lemon, zesty ginger, rich plum jam. An explosion of breath taking peppery, peaty heat, soothed by honeyed sweetness, before the smoke comes to the fore again. Exotic spices and a curious citrus tang of mandarin, both lulling you into a false sense of calm as the peat roars back to hit your senses again”

Whether or not David Zamora (vocals and guitar), David Carmona (guitar), Philippe Brarda (drums) and Alain Zahno (bass) take their band name from the Whiskey or not, both the band and Whiskey have two things in common. Age and Maturity. While the band don’t overly advertise it, they are collection of seasoned musicians who have been in a multitude of unnamed bands in years gone by and the reason that they don’t advertise that is because they want their new music to stand up for itself. Together they take inspiration from everyone from Gojira to Mastodon and from Tool to Devin Townsend which is a very broad church and perhaps leads them to describe themselves as Alternative Metal. The funky bass tones of “In Between” are accompanied by some tasteful guitar work comprised of staccato rhythm crunch and a haunting underpinning melody but it’s the rich tones of their vocalist Zamora that really make this something different. In another life he’d have been a more commercial Hard Rock vocalist but here, his French accenting is perfectly balanced in melody with horse cleans that give everything a sense of integrity that comes with age. “Nothing is Random” is a beefed up Grunge tune that could easily be a mid-career Alice In Chains cut that ends on a real heavy note thanks to a rare unclean vocal moment. The industrial groove of programming and spoken work introduction of “One Million Ways” is very left field before the band dive back into their usual sound, which is a little off putting at first but is actually a very late 90’s early 2000’s Alternative Metal thing to do. Most of the EP is comprised of melancholic guitar work that breaks into heavier more simplistic parts and creates a sense of brooding tension with “Hate and Love” being no different as it gradually builds to some heavier riffs and a solo, until a throat ripping final verse of Black Metal vocals that no-one saw coming. As a starting point for this band, “Never Prick My Pickles” makes perfect sense; they need to decide how to incorporate more of the moments that make this into their future works [7/10] 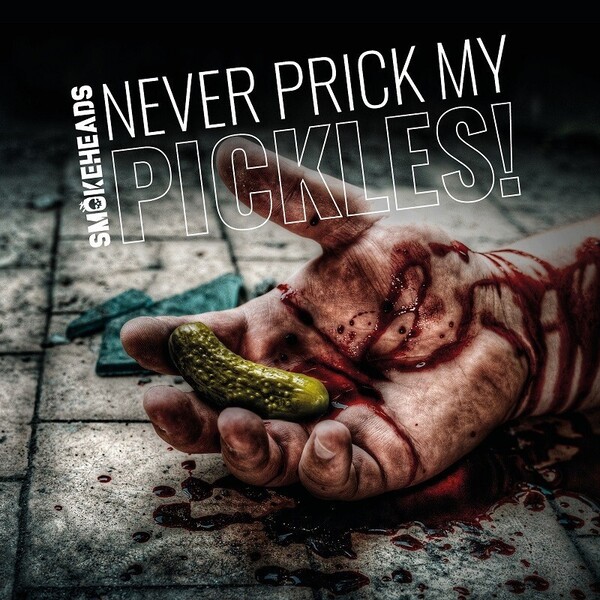