For the first time in two years London Progressive Metallers Exist Immortal will once again take the the stage with an October run of shows announced with promise of more to follow. The first three shows will see the band joined by Manchester DJent inspired Blind Summit while the last three will see Sassrockers Derange in tow. These could well be the first since the band inked a deal with Seek & Strike Records for their EP titled “Act Two – Gold“, which has nearly 68k Spotify Streams since it’s 19th March appearance, so they’re not to be slept on. 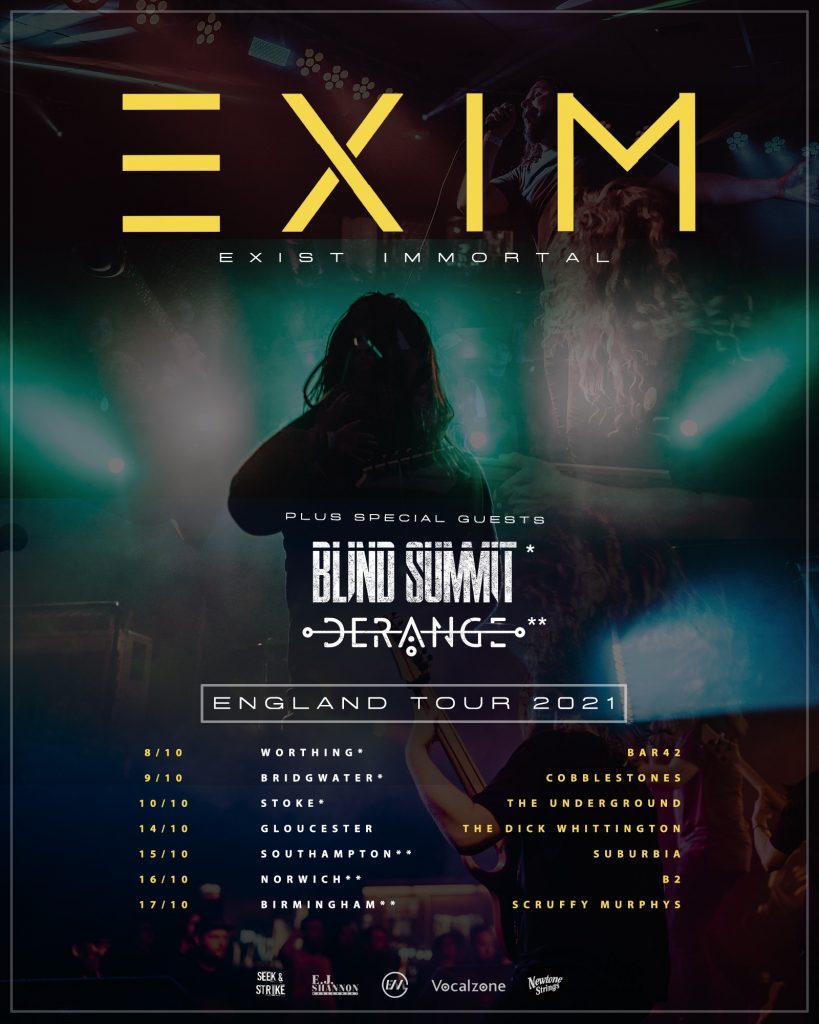