The men behind Scattered Storm are not new entrants to the Metal game. Seasoned musicians from the El Paso Texas scene occupy the ranks with Jay Arriaga (Drums, Keyboards, Samples) having played in Random Allusion and Years of Cold; Andre Acosta (Vocals) also belonged to Pissing Razors and Years Of Cold; Kevin Armstrong (Guitars) is currently with Mondoshawan and toured extensively with Section 6. Eddie “Razor” Garcia (Bass) is the founder of Pissing Razors and he also played drums with Overkill and bass with Ministry. That legacy speaks for itself and with this new band, brings a unique kind of expectation…

…which may have something to do with why the band have been working quietly in the background since forming in 2019; what they have created is something that brings a 7 and 8 string guitar attack to industrially tingled Groove Metal. “Aeon Flux” hits hard bringing DJent fueled riffs while the drum sound borrows Vinnie Paul’s Pantera sound from the mid nineties, industrial nuances add a quirky feel and there are a couple of points in the opening bout of aggression where you are wonder if they are part of the music or some sound in the background of where you’re listening. “Under The Fire” keeps up the same level of aggression with haunting ambient touches before breaking down into an eerie clean vocal passage that throws the baby out with the bathwater, such is the bad acid trip nauseating sense of it. “Kingslayer” was chosen as the preceding single and it’s easy to see why as in one single cut, it envelopes the bands sound as a whole, the Stanley Kubrick inspired space like ending being a piece of ambient bliss. While it’s not a concept release, there is a lot of “Oblivion” that flows together really well, the lyrical themes and ambient moments holding everything together very well and if this was pushed as a demo leak with Mudvayne embossed on it, epsecially “Empty“, there would be lot of happy people out there, such is the quality on show here, Acosta certainly has similar tones and stylings to his voice as Chad Grey. Yes there are some rough edges and moments that could use a little polish but that actually adds to the charm of it, a b-movie unhinged science fiction horror film soundtrack that bleeds DJent. The guitars drop out for the haunting closer that is a programmed marmite piece that brings Nine Inch Nails to mind with an eerie haunting melody that you sense is going to break into a crushing powerhouse riff to close but doesn’t and you get the sense that this is just the beginning for Scattered Storm [7.5/10]

“Oblivion” by Scattered Storm is out 9th July 2021 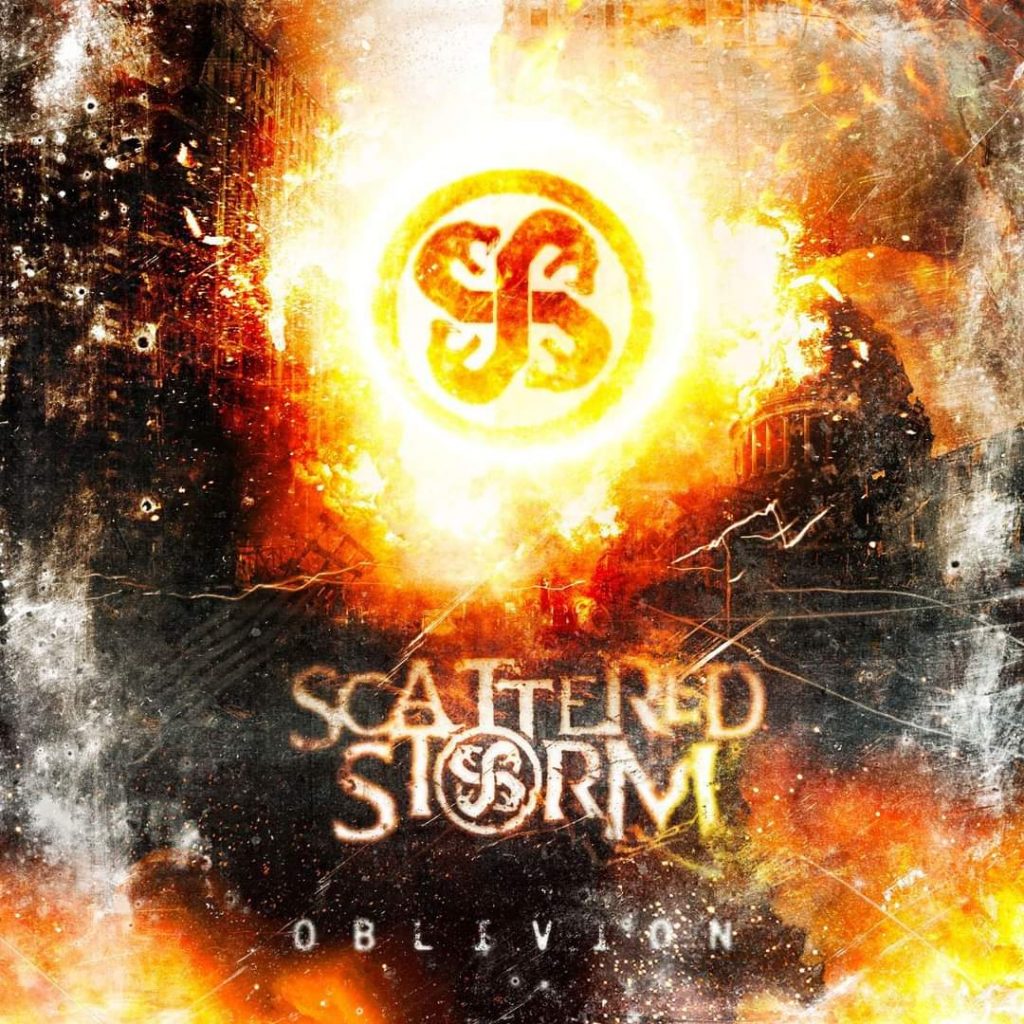