Joined by guitarist Billy Morrison of Billy Idol and Royal Machines fame, the second single from the 1st October dropping new Ministry album “Moral Hygiene” is a cover of “Search And Destroy” by The Stooges. A post apocalyptic music video shot in an airplane graveyard and directed by Dean Karr may help sell it to
Read More

Pretty sure that Al Jourgensen said he was going to stop recording new Ministry material at some point… but come 1st October Nuclear Blast Records will be putting out a new album titled “Moral Hygiene” which features this new single “Good Trouble“. Curiously its one that sounds like a “Psalm 69” demo and you can
Read More 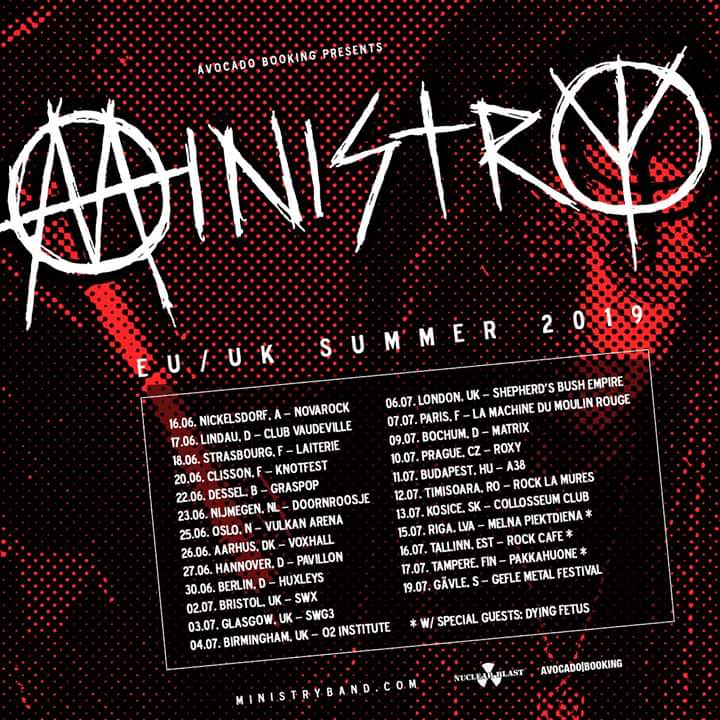 There has been an almost daily playthrough video released by Guitar World Magazine’s online service during lockdown and their latest offering sees Ministry guitarist picking up his 6 string axe and hammering out their fiercely political new track “Alert Level“. Mind you, when haven’t the highly influential Ministry been fiercely political in recent times?
Read More