Skip to content
HomeReviewReview: “The Holocene Termination” by Demonstealer

A pillar of the Heavy Metal scene in India, Sahil Makhija, better known as Demonstealer has been decimating ear drums for the past two decades with his first band Demonic Resurrection who have achieved five studio albums, a Metal Hammer Golden God award and multiple tours and festivals across UK and Europe. At the same time he also established not only the countries first recording studio solely dedicated to Metal but launched India’s first Metal record label in Demonstealer Records, meaning his impact on the scene in the region can never be overstated. A multi instrumentalist and entrepreneur in his own right he has also found time to squeeze in a solo project and brought us the brilliant EP “And This Too Shall Pass” in December 2020. A year on he returns with the next chapter in “The Holocene Termination”, a new EP which features a jaw dropping cast of guest musicians for an ambitious four track offering of twenty minutes that promises Technical Death Metal of the finest order…

…Guitars and vocals are the contributions of Demonstealer himself and from the moment the rampaging title track comes to life, telling of the rise of a beast from the ocean floor, it is nothing short of ferocious. Ryabchenko is a drummer of legend perhaps only rivalled by Kevin Talley or Gene Hoglan and delivers clockwork timing and some inventive fills while the solo from Hughell is short and oh so sweet, providing the perfect backdrop for Makhija to spill his guts in the best way possible. “An Epoch Of Degradation” then does the impossible and steps up the energy with thunderous percussive battery as it cuts away everything in its path at breakneck speed to get to its intended prey. The riffs are not only razor sharp but require the highest order of dexterity to perform and we can only dare imagine the amount of dedication they took to get nailed perfectly; they’re that good. From the outset it is pretty clear that Makhija would have had no difficulty in selling this concept to his guests, his previous work would have enticed them on its own, however what they’ve achieved together is something from another realm. The vision and foresight that has taken is not to be understated and this simply surpasses the dream of what this could have been on paper in reality. The solo at the end of “From Extinction Begins Evolution” is an absolute face melter; the brief clean vocal part that the liner notes thank Daniel K.Rego for helping with are a risk that pays off and the popping bass part that sounds like something that belongs to Ryan Martinie is incredible. Veronica Bordacchini then plays the role of the Goddess on “What She Creates She Will Destroy” with achingly beautiful clean vocals to contrast the Makhija’s throat shredding uncleans as the pair intertwine like beauty and the beast for a finale of epic crushing grandeur and after four cuts you just want it to continue to a full length album because the ideas are flowing, the sound is fresh an immense and frankly the end result is something far superior than the sum of its parts and given the array of talent on show here, that’s saying something [9/10] 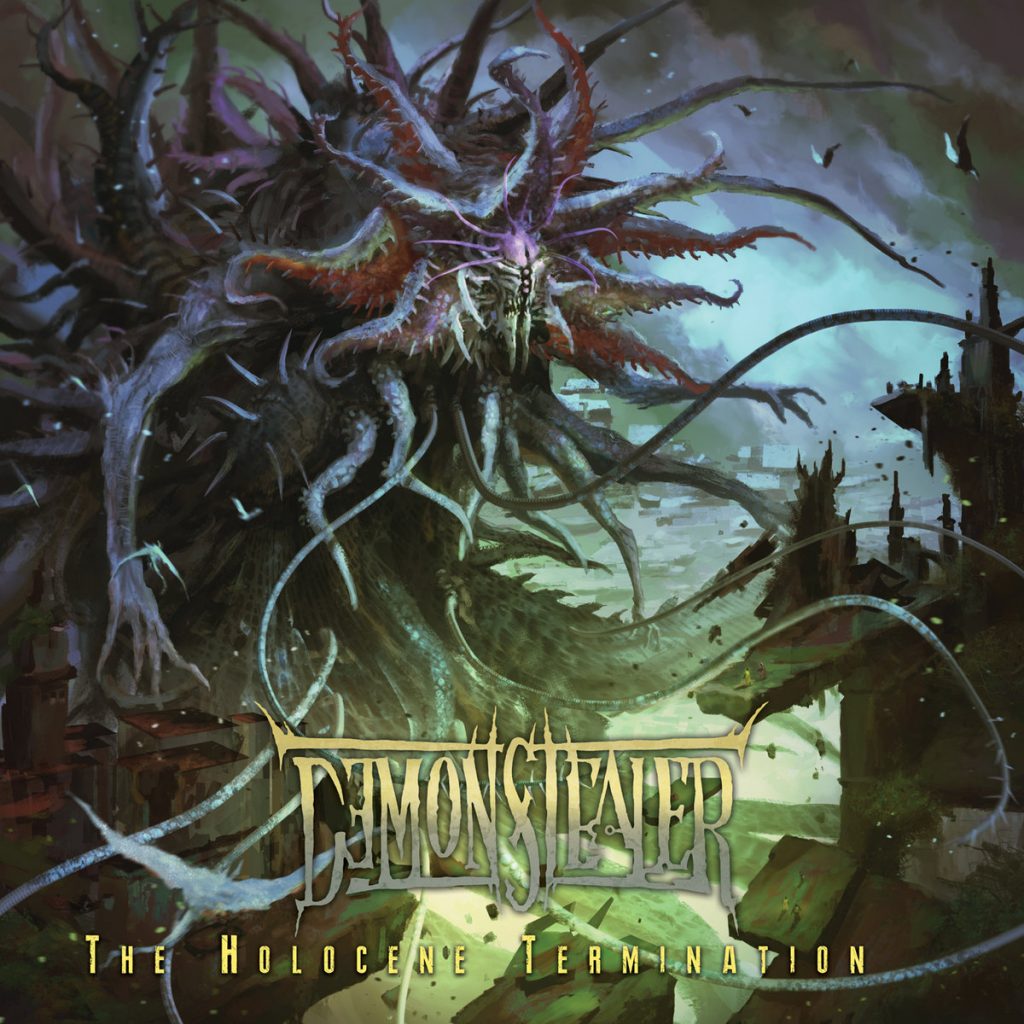