Featuring a guest vocal appearance from Mikko Heikkilä of Kaunis Kuolematon and Dawn of Solace fame Finnish Dark Metal band Kuoleman Galleria have shared their second single “Pystyyn kuollut” from their upcoming third album “Armon loppu“. Five years will have passed since 2017’s “Pimeys saapuu pohjoiseen” by the time 18th February comes around and pre-orders are of course available over at bandcamp.

The band comments on the new single: “‘Pystyyn kuollut’ is a state of mind, filled with despair. When death whispers and tells you to rest. When a solution after another are out of your reach and there is no light at the end of the tunnel. And finally – when you can see the end of the tunnel, it disapears in blink of an eye. When everything is just black. Confront your shadow on your way to the final destination – And then.. embrace it.” 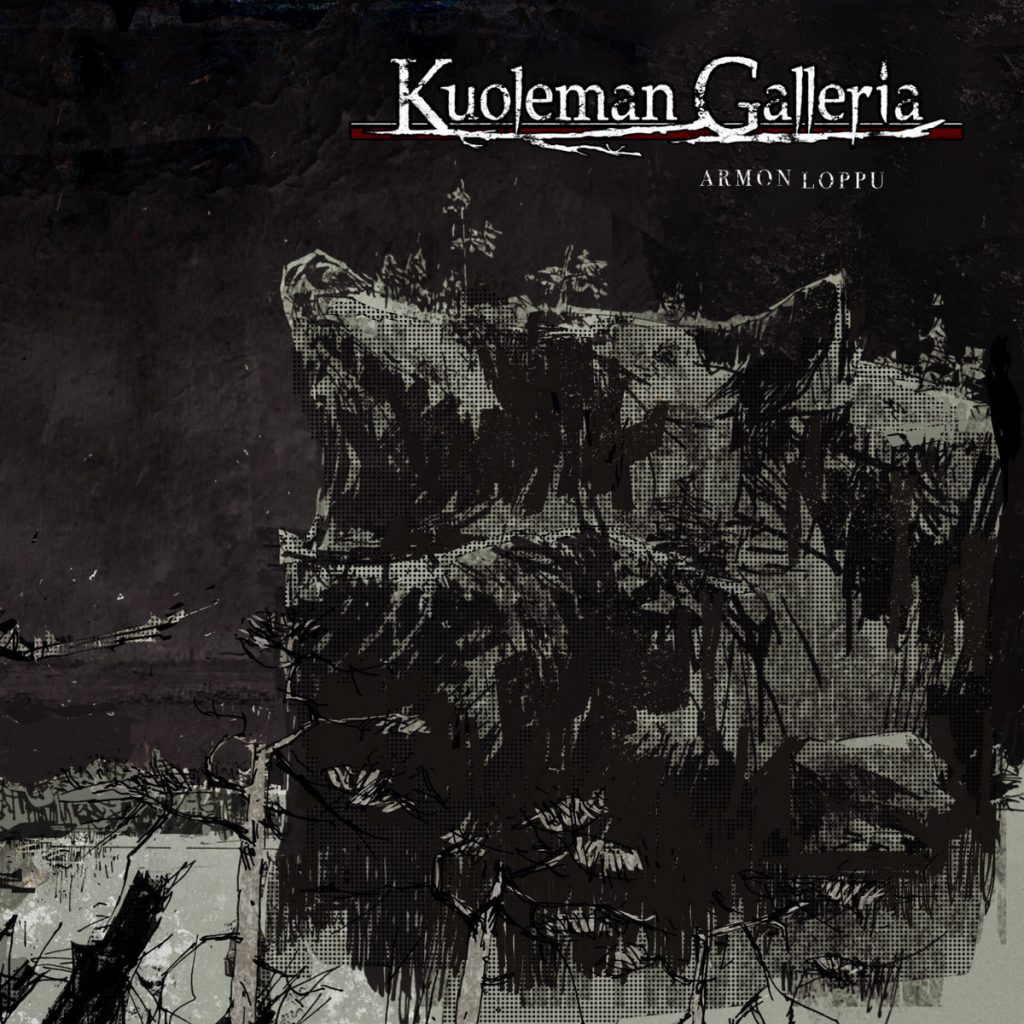