Skip to content
HomeReviewReview: “Prey” by On My Command

We’ve always said that when it comes to Metal, the first bite is with the eye and even in the digital age, the cover art is vitally important as it paints a picture of what an album might be like. If you haven’t heard of a band before, no matter where the record came from, if the artwork looks cool then that is going to be one of the deciding factors on whether you push the triangle or not. Alongside of course the title, the bands name, the label it’s on and if applicable the genre tag. In the 90’s Roadrunner Records got a lot of sales from the fact that if the artwork looked cool and the band were on the label, chances are you would pick it up. They were a known entity. Those same unwritten notes still apply today. For Brisbane Australian project On My Command, primarily the work of multi instrumentalist Sean Mackay, the debut album was 2018’s “Apparitions” which depicts on it’s artwork an Indiana Jones and the Temple of Doom vibe and you know pretty much instantly that it’s going to be either a Traditional Metal, Thrash or even Power Metal record. In fact, it combines elements of all three, as Andreas Marschall (HammerFall, Obituary, Blind Guardian) provides something magical. This time out he returns for “Prey“, depicting a scene of ancient times, a lone warrior riding out to battle…

There is plenty to write home about with this second offering from On My Command and while “Prey” is not the concept album that the cover art and track list might suggest, it is for the most a collection of tales of warriors which is largely where the Power Metal influence comes from. Mixing and mastering duties were handled by Andy Kite from Against the Grain Studios (Hidden Intent, Reign, Axe & the Ivory) in Adelaide and what’s really interesting about it is while the sound is an older one stylistically, it benefits from modern production. There is no doubt it could have been artificially aged with the use of analogue equipment but that might have been a bridge too far and lost the essence of what makes this appealing. The major change is that the previous drum programming from 2018’s “Apparitions” has been abandoned in favour of a session drummer in New Yorker James Kneorl, the kind of immediate improvement that any fan of On My Command would want as it provides a far more natural and rounded sound to augment the work of Mackay.

The first thing that grabs you if you haven’t heard anything by On My Command previously is the English accenting on the vocals which makes Mackay sound like he stepped out of the NWOBHM era, which is something of a curiosity when coupled with the nostalgic pre-Thrash era guitar work of “The Warlord“. Mackay is very much a storyteller, re-telling tales like that of Excalibur in “Sword of the King” or one of ancient alchemy in “The Magnus“, his unique approach being to do so at least partially in the first person as if living out a dream or fantasy, something which works really well. Mackay’s vocals are all clean bark so there is no ear piercing high note warbling to trouble your ear drums and every word of the lyrics which have been invested in can be heard perfectly, which given the style is refreshing. While the rhythm guitars have a Thrash vibe, the leads and solos on the likes of “Shadowbeast” are often straight out of the Power Metal playbook which gives everything the feel of having an Iron Maiden influence, something which plays out later on in the way the guitar layering is done on the likes of “Return to the Stars“. For the most part genre cliché has been skilfully avoided however “The Fight Of Our Lives“, a tale of World War II is perhaps the weakest point on the album, a verse and chorus too long and lacking the punch of some of the other material. That is a shame because the subject matter is vitally important from a historical perspective, however it is very much the one of nine that stands out in that way and if every album had you didn’t fully appreciate on it then the World would be an even better place. The flip side of that coin is that closer “Archangel” is actually one of the strongest in this collection, a tour de force of what On My Command is really all about [7/10] 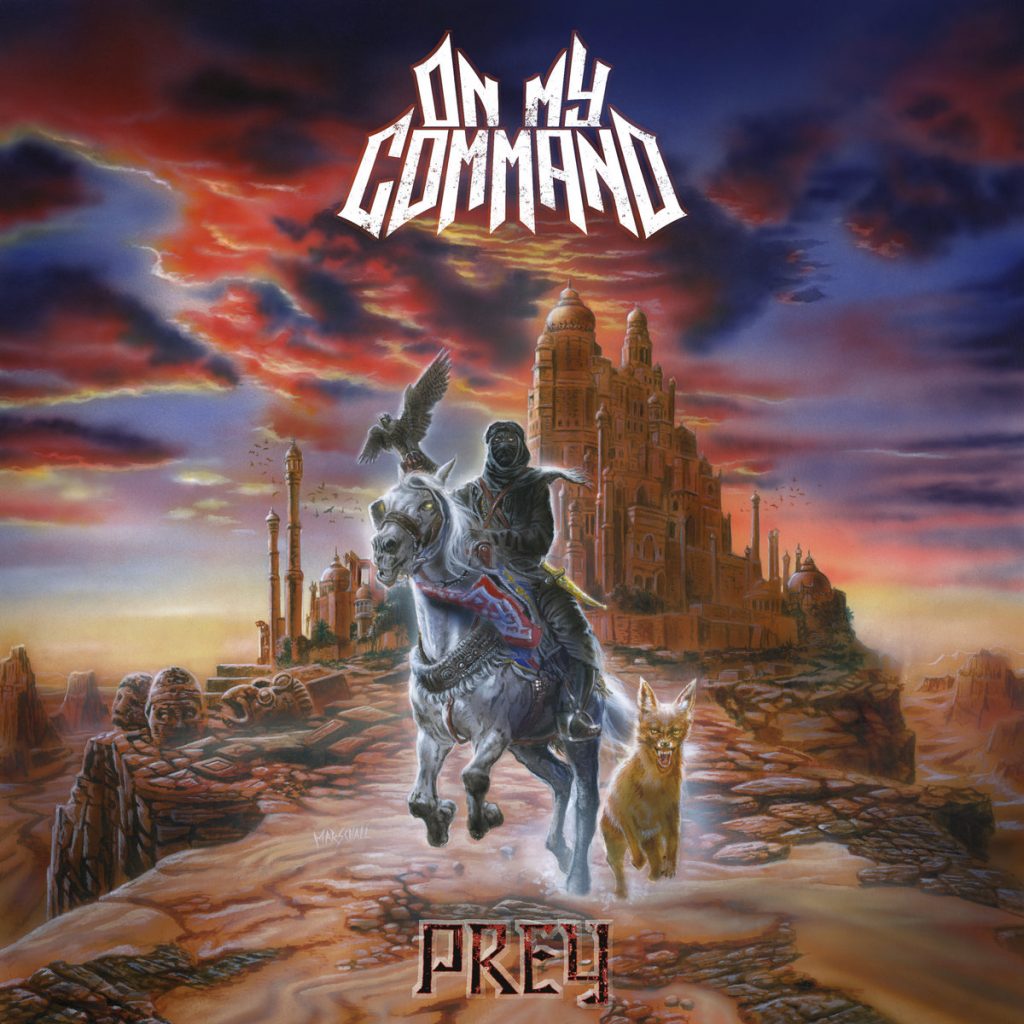