It’s not every day that you come across a band of ex-pats living in Vietnam who have joined forces to to form a Blackened Hardcore outfit; but Rich Peto (Guitar), Sergey Bochenkov (Drums), Cerrin Hendricks (Bass) and Viktor Nagradic (Vocals) who hail from Chi Minh City have done exactly that with Kaali. They enlisted the help of Serbian Producer and multi instrumentalist Sava Tomic (Face of the Moment, Mind Prison) to mix and master their debut EP “Alone” which is coupled with artwork from Xuan Quyen back in November and we had the pleasure of chat with them that went something like this…

How have you found the reaction to “Alone” so far?

Viktor (vocals): “Really pleasing to be honest. We’ve got lots of positive feedback and many people saying they’re looking forward to the next release to see in which way we’ll progress as a band”

Rich (guitars): “A lot of positive comments, especially regarding the production”

Cerrin (bass): “It’s been great to see all the positive feedback regarding the writing and production. The best part is seeing people excited for more in the future”

Reading the words “founded in August 2020 by a group of expats living in Ho Chi Minh City, Vietnam” from your biography certainly raised an eyebrow; How did the four of you end up in Vietnam and how did you manage to find each other?

Viktor: “I came to Vietnam in 2019. for work, loved the country, people, the scenery of both the city and the outdoors. I started going to shows as soon as I got settled in. After the first show I saw, I met Huy (District 105 singer) who introduced me to the scene. He got me and Rich together and we started working on some music. A bit different from what KAALI is doing though. During the lockdown Rich started working on songs for KAALI with Sergey (drummer) and invited me to audition for the band. We kind of clicked right away and KAALI was born”

Rich: “I’ve been here for almost 8 years and I’m currently teaching English at a university. I met Cerrin during a show a while back, we chatted and found we had a lot of common ground when it came to Music. reached out when we needed a new bass player”

Cerrin: “As Rich mentioned, we bumped into each other at a punk show and seemed to share common ground immediately. Once Rich started forming Kaali, I heard about it through a friend and was intrigued as I had just left a more pop-focused group and was looking to kick some doors down (musically speaking) once again. We bumped into each other once again at a show and it came up that they needed a bass player. A whirlwind audition and a few weeks later we all walked out on a stage together”

The first we heard of Kaali was the single “Reborn” which is immense with that classic click-y bass sound, Groove Metal influences and gritty lyrics. What made you choose it for the purpose of a single?

Rich: “Honestly it was a tough choice between Reborn and Domain. I think that it matched best within the context of the other first two singles”

Viktor: “I guess it was a natural progression for our singles. We released “Alone” as a showcase of what we can do, “Child of War” was more straightforward metal with lots of blackmetal influences so we figured “Reborn” will be great to showcase a bit different sound and energy. I guess “Reborn” is the perfect mix of modern style and raw hardcore energy. Which is in a way the core of what we want to do”

Cerrin: “Although it was difficult to pick the third single, I am glad we went with Reborn. The combination of raw emotion, powerful lyrics and musical hooks won us all over in the end.”

The artwork for “Alone” is really dark and has a “Beneath the Remains” era Sepultura vibe to it having been created by Xuan Quyen; how did you go about choosing him for the job and what did you think of the result?

“Xuan is an amazing artist and I think he’ll be in charge of our visual identity for a long time. He was introduced to us by Sergey (Xuan did artwork for one of his previous bands) and we really liked his style. He killed it with our logo and the first set of merch we’ve done. But once he started working on “Reborn” we were just blown away. He’s a kind of artist who really goes an extra mile. He understands perfectly what we as a band want to say and do and he incorporates that in his art. We’re all happy to have met him and are lucky to have him in charge of all the art. Don’t want to say too much, but “Alone”’s physical release will be something else”

Metal is such a Worldwide phenomenon these days so what is the local scene like? Are there any bands from that you’ve played with or are friends with that you would recommend?

Viktor: “Yeah, that’s true. I love the local scene. It’s very young so people are super hyped going to the shows. I see kids going crazy throughout the show, no matter the genre, venue or the band. It’s very motivating seeing that there’s an audience for what we all do. Compared to Europe I think the Vietnamese scene is much more eager to hear new bands, go to the shows in general and support the scene in whichever way possible. There are a lot of bands right now and if I have to name a few it would be: District 105, Elcrost, Windrunner, Bloodshed, Diarsia, Taiyoken, etc”

Rich: “As Viktor mentioned, the eagerness for new local music is unmatched. The scene here is very supportive and filled with an immense amount of talent. There are honestly many bands worthy of mention here, but my recommendation would be to watch out for Thánh Dực, a hidden death metal gem with heavy melodic leanings. I can’t wait to see what they bring out in the future”

What is next for Kaali?

Viktor: “First of all, getting back to Vietnam and meeting with the boys (early December). We’ve already planned for the promotion. It’s just gonna take some time until the clubs reopen. We’re already working on a new single we’ll try to put out early next year. New material is in the works and we’d like to make another record in 2022. We’re still experimenting with the sound but I think we’re getting there”

Rich: “Now that Viktor is headed back from Serbia, we will focus on the writing of our next record. Live music will still take a bit of time to fully return, so a lot of writing and studio time awaits us until stages open up again. Once it does return, we will get to unleash a few ideas on the stage that have been caged up during this crisis” 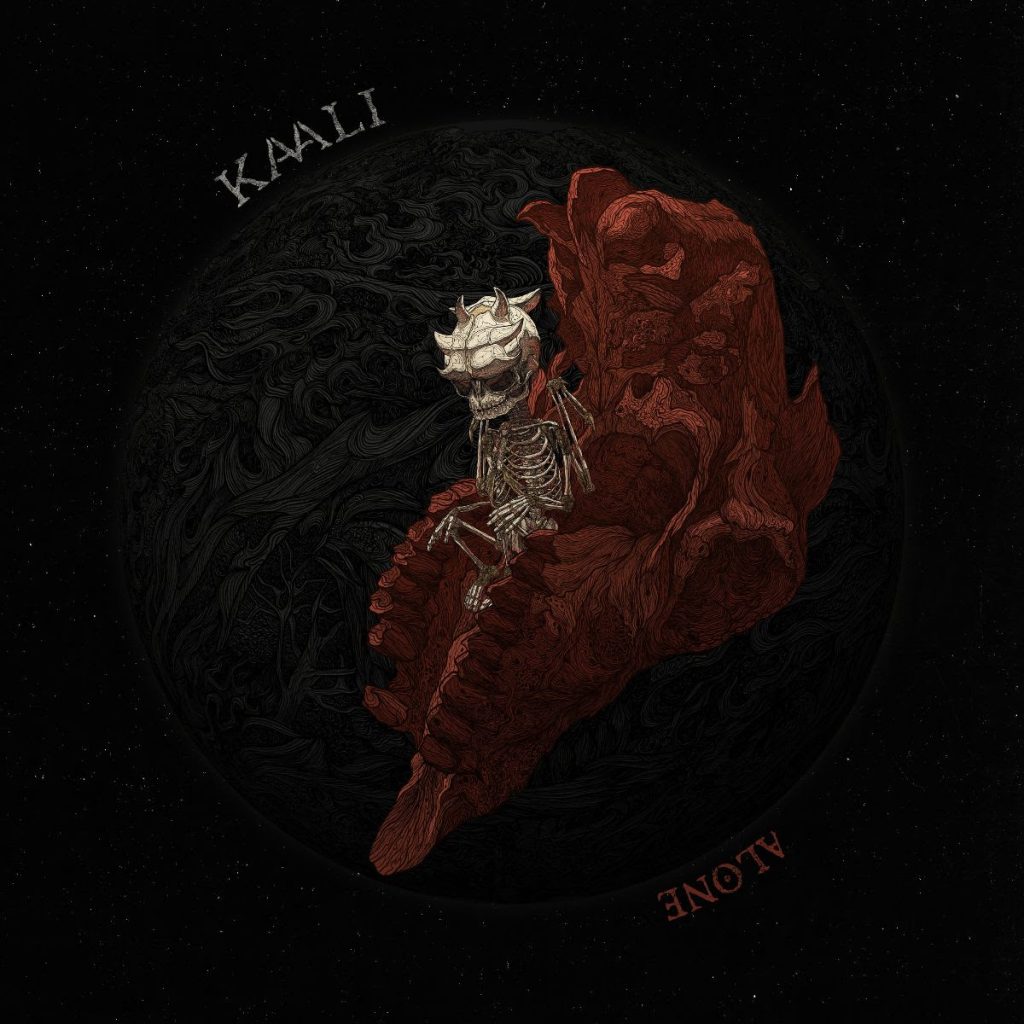