Five years on from their debut demo “Unseen Divinity”, which was later reissued by Blood Harvest/ Dawning Septic, Brisbane based Death Metal act Cryptivore are now preparing to release their first album. Titled “Celestial Extinction” and due out on March 15th via Bitter Loss Records, the effort is said to remain deeply rooted in old-school death metal, while also showing the Australian outfit developing and refining their sound, taking influence from early Amorphis and Carcass, Rottrevore and Grave and not afraid of mixing riff based death with grind. Pre-orders are for CD and vinyl formats are now available over at bandcamp. 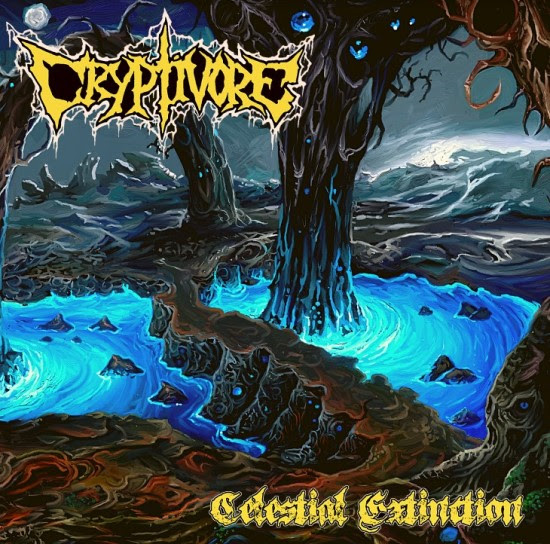