Skip to content
HomeMusic VideosNEWS: Sleepless set to release debut album in April!
After the enthusiastic response to their EP “Blood Libel“, Dutch label Metal Warrior Records approached Portland Oregon Progressive-Traditional Metal trio Sleepless about fleshing out the EP into a nine-song full length and the result of that will see the light of day on 15th April titled “Host Desecration“. The band who feature former members of Dead Conspiracy have shared a lyric video for the album’s first single “The King Who’s Not There” while a limited edition (500 copies) vinyl LP version will be released on June 21. Pre-orders are available here for the CD and here for the vinyl
Guitarist and founder Eric Sexton-Dorsett comments: “We never stop writing, so we kept pounding until the work was complete, and Host Desecration starts right where we left off, exploring the darkest reaches of the rational mind with a no-rules, metal passion that cannot be stopped!” 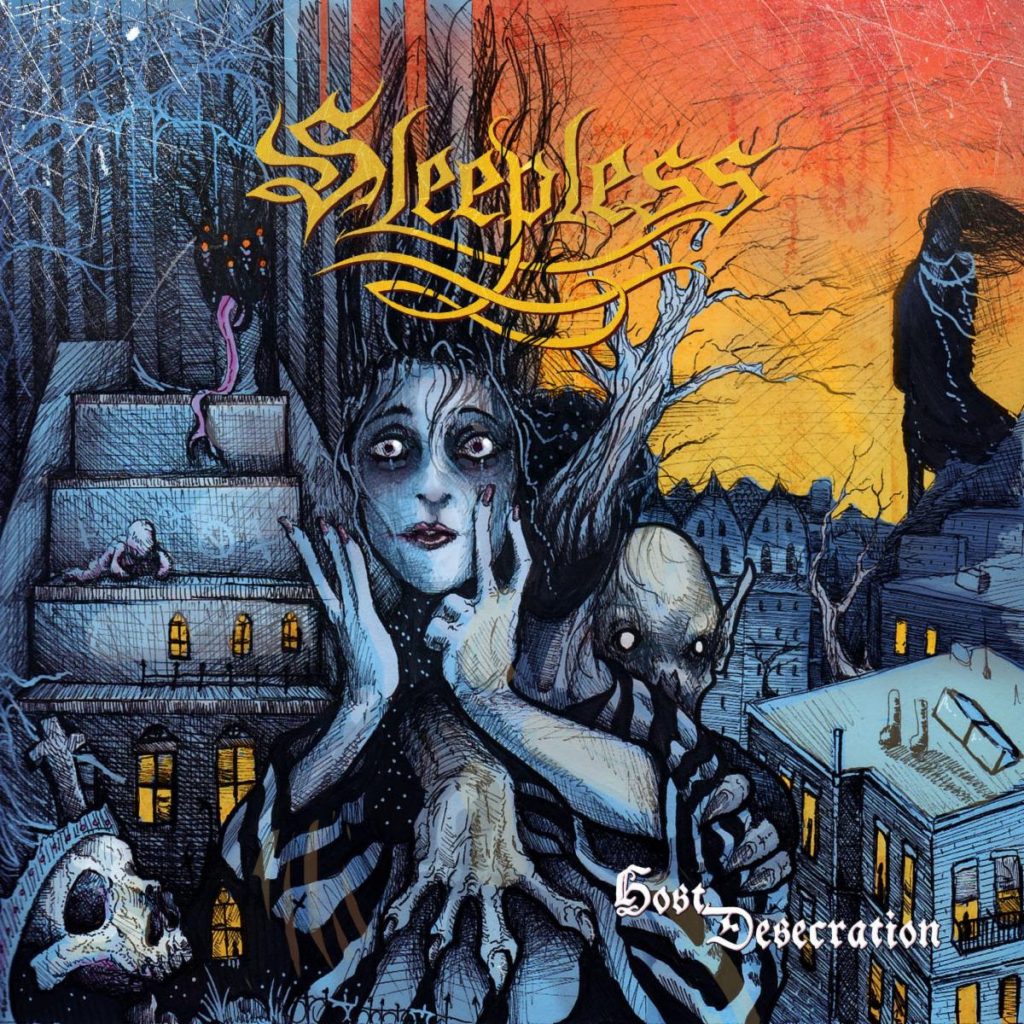