“Some people go to bed with Lucifer, Then they cry, cry, cry when they don’t greet the day with God, I know life’s a bummer baby, But that’s got precious little to do with me” ~ David Wyndorf

The story goes that back in 1997 after the Dopes To Infinity tour, seeking inspiration for the next album for his Stoner Metal act Monster Magnet, mastermind Dave Wyndorf flew to Las Vegas Nevada and booked himself into a hotel on the outskirts of the city. Songs based on the themes of the city including gambling, naked women and drugs were written in over the course of twenty one days with thirteen making the final cut for album “Power Trip“. A huge commercial success, going Gold in the US it has had cuts from it appear four films; Soldier starring Kurt Russell, Bride Of Chucky, Urban Legend starring Jared Leto and Will Ferrell’s Talladega Nights: The Ballad of Ricky Bobby. The influence of the band runs deep with the Stoner Metal riffs in turn inspiring bands like Fu Manchu and Scuzz having been themselves inspired by Black Sabbath and Hawkwind. So here’s “Bummer” filmed at Germany’s Bizarre Festival shortly after the albums release in 1998 to cure those Monday morning blues. 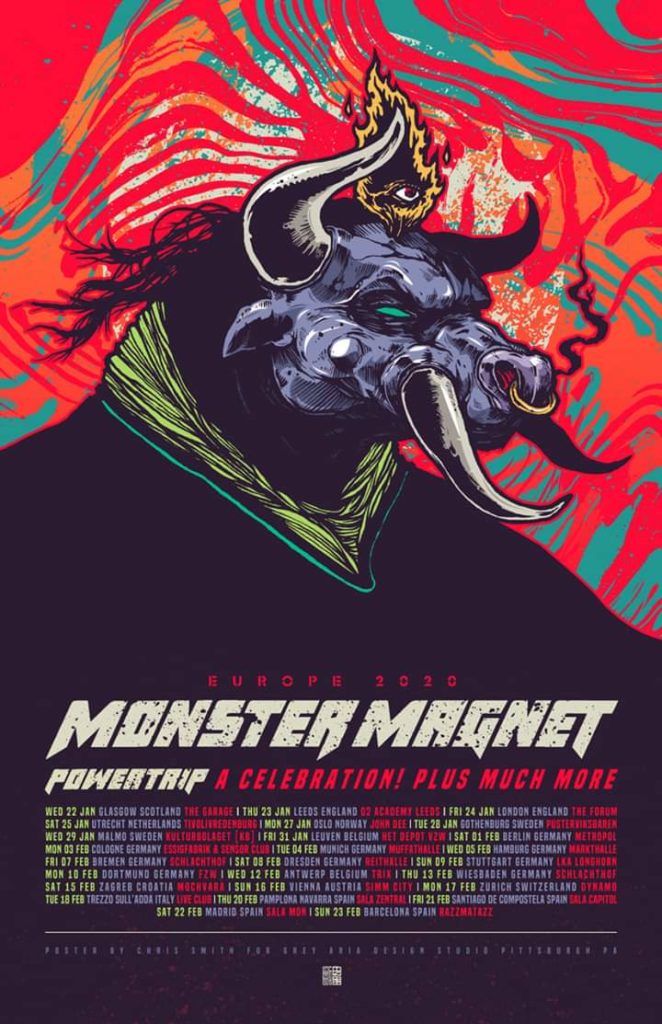