Skip to content
HomeExclusive InterviewsExclusive Interview: 22 Questions with… Josh Day from The Hope Burden!
They say that the third time is a charm, meaning that “One is sure to succeed at a task or event on the third try” but given the success stories of our first two interviews with Josh Day from Oxford’s premier Post Hardcore meets Black Metal act The Hope Burden, we think it’s safe to say that the theory doesn’t apply here. One of the most refreshing bands we’ve heard in a while, we’ve already pencilled their sophomore EP “Abandonment // I Want To Be Well” on the list for our end of year awards season because it’s so strong it’s going to take a fair few late nights and early mornings to surpass what they’ve created with the darkly beautiful and yet razor sharp affair. So after all the seriousness of the first couple of more in depth interviews, here’s something a little more fun…

I’m a BIG fan of a Smokey Scotch Whisky.

I genuinely can’t think of any! My fiancée would probably tell you differently though!

The Hope Burden Chef’s knives. Most of us are really into cooking so that would be sick!

Q4. A charity compilation is being put together by a label to raise a few quid for Cancer Research and you are asked to provide a track; which of yours would you choose and why?

I would 100% choose ‘Lamentation‘ as the track is about losing my Gran to cancer. I feel it’s a really good representation of us as a band as well.

Q5. Naming no names, if you read about drama at a venue from a band or two and the offer of a show comes up there, do you think twice?

We’ve actually been in this position before and I really think it depends on the drama. If a band just had a reputation for being a set of twats, we would still play. If the drama was something a lot more serious, we would definitely have to have a chat about it!

Q6. Someone puts laxatives in your coffee as a prank. How are you getting them back?

Probably the same back but let’s double the dosage!

Q7. What would you say has been your career highlight so far? If you could go back and change one thing, what would you change?

A highlight would be playing at Bloodstock in 2019. I genuinely never thought we would get to play a show at a major UK festival so it was a dream come true! I don’t think I would change anything. I’m super proud of what we’ve achieved so far!

Q8. You find Aladdin’s lap and bag yourself three wishes. What are you wishing for?

1. A decent venue for metal in Oxford. We’ve lost our best ones over the last few years.
2. The ability to teleport.
3. A slot at Download Festival. It’s always been the goal!

Q9. One of your bandmates has a beer thrown at him during a show. Are you diving in and starting a ruckus or letting him sort himself out?

It depends on who has the beer thrown at them! If it was Neil, I wouldn’t need to get involved haha!

Q10. What was the last record you listened to; what’s your go-to album and what is your guilty pleasure?

Last Record – “The Chosen” by Enterprise Earth
Go to – “Blessed & Cursed” by Devil Sold His Soul (It’s a perfect album!)
Guilty Pleasure – I couldn’t chose an album but I fuck hard with ABBA!

Q11. As a band what would mean more to you; playing a one off festival like 2000 Trees, or playing ten shows with a bigger band like Harbinger or Our Hollow Our Home?

I think it would be a big festival as that’s a situation we’ve been in and it felt pretty special!

Q12. How brave are you? One Chip challenge, Ice bath or throw your bullets in the fire and run like hell?

Let’s go Ice bath. I like the idea of spicy but I know I would end up crying if I did a One Chip Challenge!

Q13. You’re having a quiet drink with a couple of mates when you hear someone at a nearby table in the pub trashing your band for reasons that are frankly bullshit. Are you having a word or letting it go?

Absolutely having a word! Not going to sit there and let someone chat shit about my mates!

Quietly contemplating the end… and a Bacon sandwich with a full fat Coke.

Q16. You’re about to go on stage when your bassist gets called away on a family emergency. Do you pull out of the show or play without?

He’s only the bassist so soldier on! But for real, I think we would pull out. We would want to make sure he’s alright as a priority!

Q17. An ex-girlfriend threatens to talk nonsense about you on social media to ruin the band if you don’t give her a starring role in your next music video. Are you giving in to her demands or not standing for any nonsense?

Not standing for it! Plus I’d be really surprised as I’ve been with my partner for 13 years so I doubt my ex knows I’m even in a band haha!

Q18. If you see a Gorilla riding a Rhino down the road in front of you, are you following to see what the fuss is about?

Of course! I’m not missing that!

Q19. Pizza and beer is a sensational award winning combination so what are your favourites?

Macaroni Cheese and Hot Sauce. The best combo of food ever!

Q20. You get offered a cameo in a Stephen King movie and a song on the soundtrack but in order to get it you have to pay the devil his due. What are you prepared to give?

Seeing as payday isn’t for a couple of weeks, a couple of quid and a packet of biscuits.
Q21. If you had the opportunity to re-record one of your songs with a guest musician, which song would you choose and which guest?
Paul and Ed from Devil Sold His Soul. They are one of my favourite bands of all time so it’s an easy choice! I’d choose our new single ‘Abandonment‘ as well.

Q22. Who are you thanking in your Grammy Award Winning speech?

First of all, the rest of the lads in the band for letting me join haha! My fiancée for putting up with all my music-related shit, my Mum for being tormented by years of me practicing vocals in my bedroom as a teenager, and finally anyone who has checked us out in any way!
“Abandonment // I Want To Be Well” by The Hope Burden is out now and available over at bandcamp. 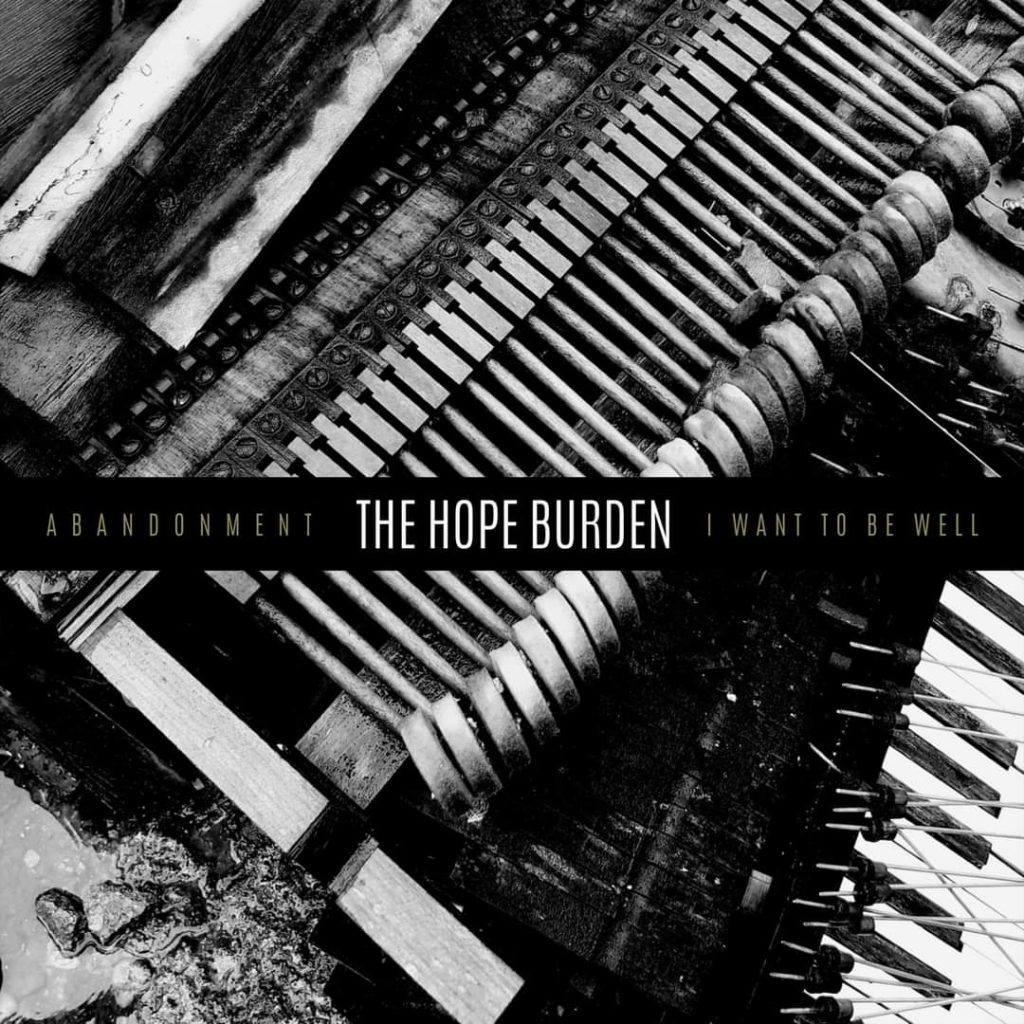 Tags:Abandonment // I Want To Be Well, Decline. Despair. Decay., The Devil Sold His Soul, The Hope Burden