“The corona and wartime in succession have shocked a generation that was used to a completely different life. Many have found themselves in a situation where the next steps in their lives are difficult to outline. I wanted to bring out these moods with songs, and often the inconsolable world situation gave rise to aggressive music” ~ Aleksi Manninen

A hard edged Stoner Sludge Doom Metal trio hailing from Helsinki Finland, Ceasing Fire are a band comprised of veteran musicians who met late in 2021 and swiftly wrote “Sleepless” before  recording, mixing and mastering by Juho Karenko at CBH Recordings between February and March 2022. A record for troubled times, the lyrics often deal with themes of inconsolability and alienation with various fears and bitterness acting as fertile ground for the band to explore with opening cut “Were We Ever…” arguably the heaviest of the trio of cuts that the band have presented as their first forage into the new collaboration. Each one of these cuts is a groove laden beast with chunky bass lines and pummelling rhythms that finds the band somewhere between Jesse Leech’s project Seamless and Crowbar as vocalist Aleksi “Ale” Manninen permiates the listeners ear drums with his gritty lyrics and gravelly vocal tones. The only misfortune here is that they’ve decided to cut “Were We Ever…” dead at 130 seconds when it could have easily run on for twice the duration without batting an eyelid, the Blackened pummelling rhythms and sparse vocals offering ample opportunity to expand on a solid foundation. “Dead To Me” then brings the slower burning headbang with a monolithic riff that takes a page from the playbook of 90s riff lords Monster Magnet while the unexpected solo lights the blue touch paper and throws gasoline on the fire and burns the place down. The finale is “Melting Stones“, one which offers something slightly different with a riff that leans more in a Metal direction and some almost ethereal ritulistic harmonies that offer light to contrast the shade of the main vocal and by the end, you’re left wanting more, which tells you that Ceased Sunfire have made a statement with their debut [7/10] 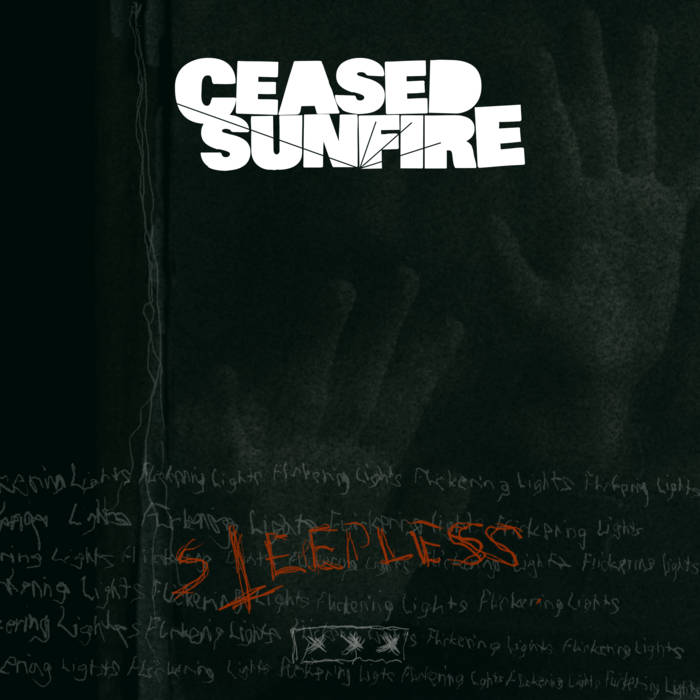