Skip to content
HomeReviewReview: “Changer Of Destiny” by Astral Horror

Astral: “relating to a supposed non-physical realm of existence to which various psychic and paranormal phenomena are ascribed, and in which the physical human body is said to have a counterpart. “spiritual beings from the astral plane”“.

Horror: “an intense feeling of fear, shock, or disgust. “children screamed in horror”

“You see, their young enter through the ears and wrap themselves around the cerebral cortex. This has the effect of rendering the victim extremely susceptible to suggestion… Later, as they grow, follows madness and death…” – Khan Noonien Singh

Hailing from Tampere Finland Astral Horror are a two piece for whom the World is about the change. They have premiered their first endeavours, mixed and mastered in house and while they search the wreckage of the recording studio for survivors they have challenged the people of this planet to see if they can survive their tortuous punishment. Perhaps their first cut was named after name they chose for themselves or perhaps they merely chose their name from it but either way “Astral Horror” as a track is dark and disturbing. Abrasive Black Metal guitars cut across programmed drums like the jagged edge of piece of broken glass while a vocals bark and bite like a rabid dog. From roar to whisper they mask the words of insanity that are echoed in “Changer Of Destiny“, one less brute force and more melancholic and introspective as the protagonist seeks to change his fate with an iron fist. While the programmed drums may not be idea, they serve their purpose, giving a raw primitive space age sound and have been created in such a way that a mortal could perform them and survive to tell the tale should the pair wish to grow from their humble beginnings. Other than the drum sound, the recording is not of as raw a quality as one might expect and instead showcases more maturity than one might expect from early works, they sound more polished than most. So their future and that of mankind it seems is safe… for now [7/10] 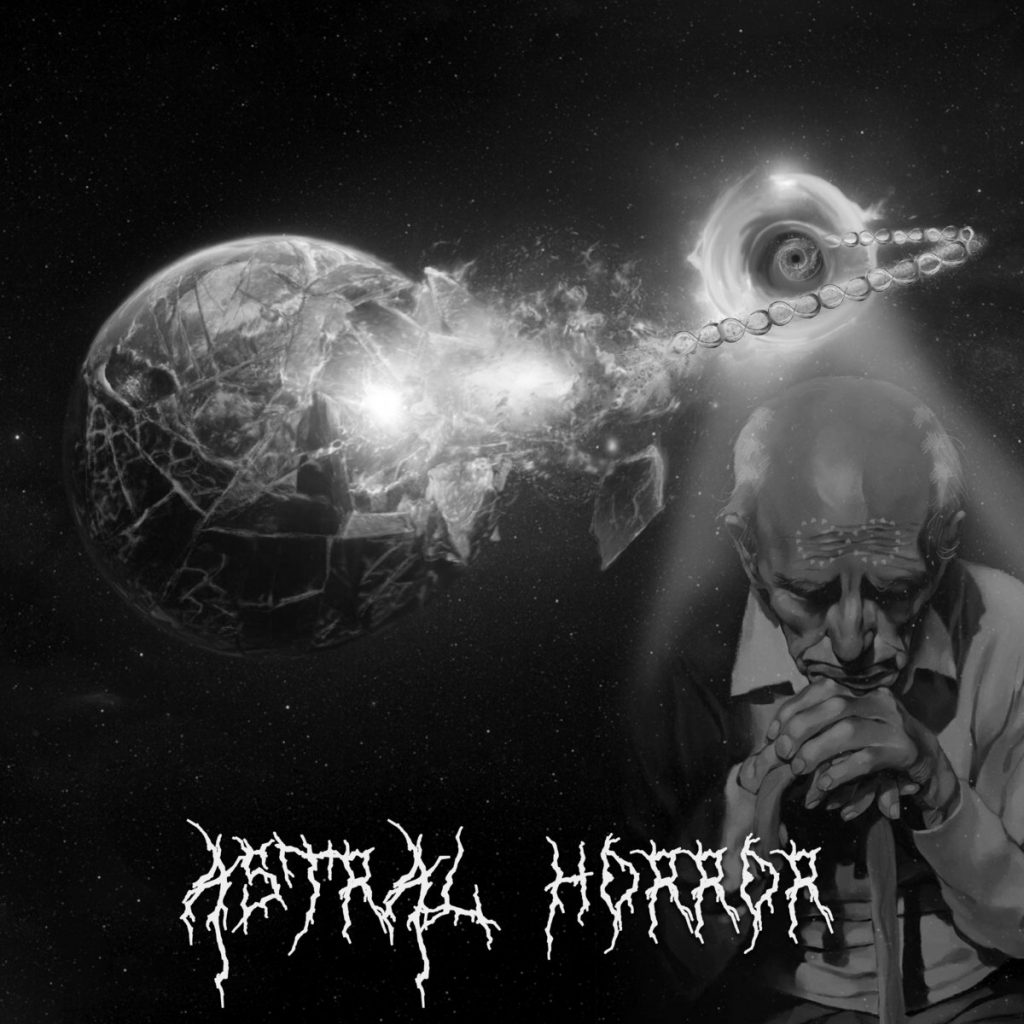