Skip to content
HomeReviewReview: “Self Titled” by Void Witch

Hailing from Austin Texas, Void Witch is a quartet formed of ex-members of Azoth, Shitstorm and Drainbow during the Years of Great Plague. Conceived as a collective project bringing together classic Doom Metal, Old School Death Metal and Grunge sensibilities to tell the cautionary tales of body horror, gruesome myth and murder ballads with a dedication to the slow crushing vice grip of detiny and inspired by genre titans Temple Of The Void…

…Crushing, slow, foreboding and incessant heavyness in raw and primitive fashion, the  debut record from is as bleak as it is savage, sounding like the musings of cannibals in an apocalyptic wasteland. Opening cut “My Coffin Overfloweth” is rich in vibrant Old School Death Metal leads accompanied by the kind of vocal throat splitting that threatens to sever the chords. There is even opportunity to get some whammy bar action in to offer some Thrash nuances as it’s not the poison challace but the coffin that overflows with putrid Pestilence inspired horror. It’s not all slow tar pit dredging sounds however as “Asphyxiation Ritual” injects the adrenaline and brings the Death Metal blasts and furious frenetic riffage for an opening onslaught that ignites the funeral pyre before dropping back down into the abyss mid track for stylish flair. Void Witch don’t do anything by halves, finding their home above the six and a half minute mark on each of these three cuts, allowing the ideas to flow like a river of blood, without moral restraint. It is testament to the musicanship on show here that there is very little if any fat to be trimmed here, the masterstroke of several false endings in the middle of “Boudoir Bloodfeast” not only perfectly executed but also breathing new life into the second half of the cut. A solid foundation for a future full length is what you’ll find should you reach into the abyss of this one… [7/10] 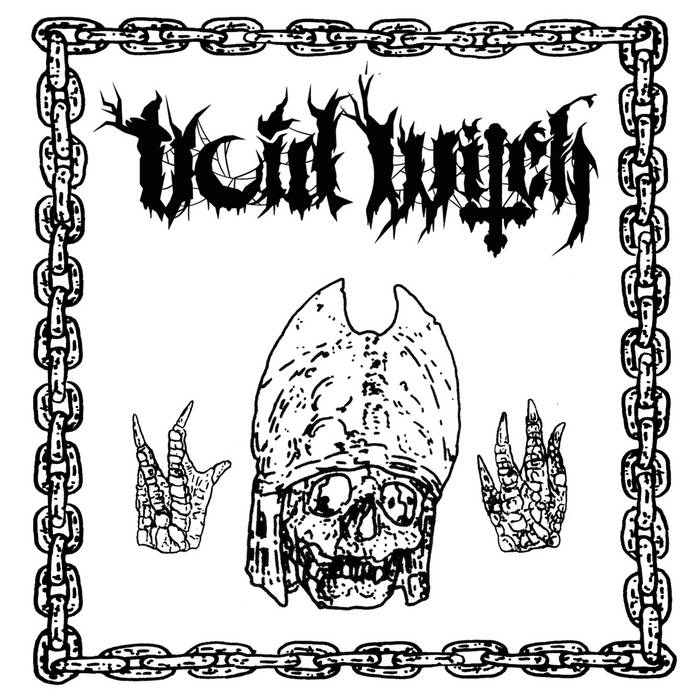