Skip to content
HomeMusic VideosNEWS: Otus to light the torch in September?

Having released the first single “Apnea” three months ago without a release date for the album, Time To Kill Records have made amends by announcing that the sophomore album “Torch” from Italian Post Sludge Metal quintet Otus is now set for release on 20th September. Citing influences in bands like Isis, Om, Cult Of Luna and Sunn O))), they look to bridge the gap between brutality and mysticism with by enriching their sound with ethnic instruments, building their own synthesizers, chanting mantras… Pre-orders are available over at bandcamp.

A concept album, “Torch” orientates around “The Fourth Way” as introduced by philosopher and mystic Georges Gurdjieff. The Fourth Way is a system of elevation and development of the man that differs from the other three ways identified by the mystic: Way of the Fakir, Way of the Monk and Way of the Yogi. These three paths based respectively on a material, emotional and intellectual approach are transcended, balanced and regenerated in a fourth path, where it will be the Will to illuminate the right personal orbit. The “Torch” is therefore an allegory on illumination through a work on our darkest and deepest self, where its fire will constitute the alchemical catalyst capable of deconstructing, purifying and then coagulating our new synthesis. 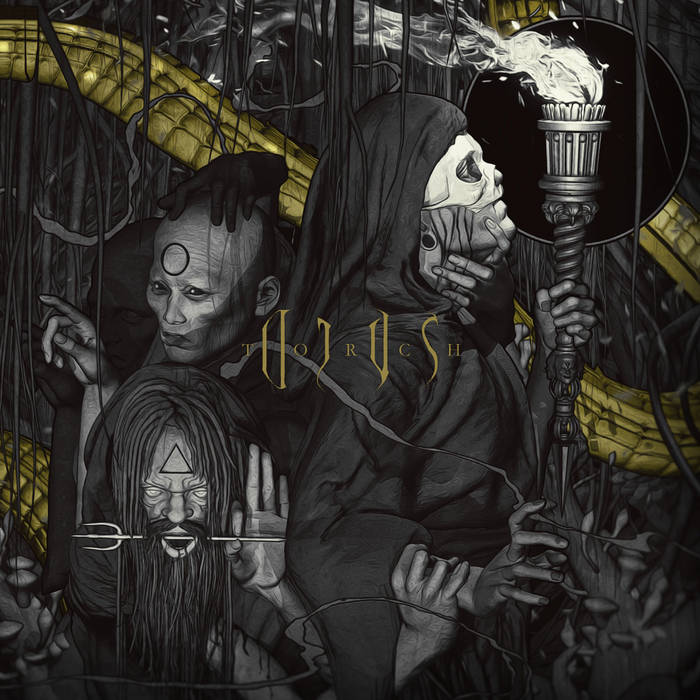