After numerous line up changes since their inception in 2021, Brazilian Melodic Death Thrash Metal quintet Sophie’s Threat have finally unleashed their debut single “Infernal Manipulation“. Produced, mixed and mastered by Michel Villares at M&H Studios, the song originally belonged to an old band that bassist Paulo R. “Satan” and guitarist Ricardo Oliveira were part of. Following the death of their drummer, that outfit disbanded and Ricardo brought it to Sophie’s Threat where it was all reworked and enhanced with different lyrics and a fresh title.

“With “Infernal Manipulation”, we intend to show how much people today are manipulated through technology and slaves of social networks where the world is ‘perfect and happy’, however outside this virtual sphere their lives are doomed and unhappy. Behind the pretty pictures, expensive trips and a thousand perks, the story is completely different. We need to stick to this so that our lives don’t become empty and liars”, commented drummer Tiago Carteano

“It’s a direct and heavy sound! I really like the issue of how this prostitution for likes and followers that these ‘influencers’ do today through ridiculous, lame, shameful, and degrading content that unfortunately also attracts people with an empty mentality. Finally, it’s a sound note 10 for me”, added guitarist Ricardo Oliveira.

Not ones to rest on their laurels, the band are currently recording their next single “Suicidal God” with producer Michel Villares. Lyrically re-telling the tale of the schizophrenic psychopath and serial killer Joseph Kallinger, who murdered three people including one of his children and tortured four other families, it reflects on the notion that society creates its own monsters and they always come back to punish us.

“We used excerpts from a real interview of the criminal in the opening and ending part of the song, and in this interview he, a schizophrenic, talks about voices in his head telling him to kill three million other people, his family, and then kill himself to become a god. That’s why we gave the title “Suicidal God” to the single”, concluded Tiago. 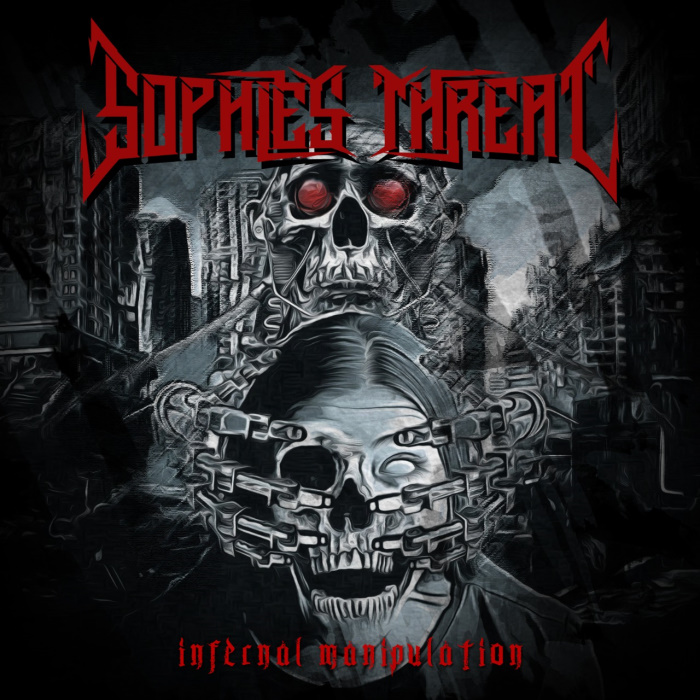