Skip to content
HomeReviewReview: “With the Rats and Snakes” by Primitive

“‘With the Rats and Snakes’ is a natural step to a more directed and matured sound. It was a conscious effort to learn from our previous efforts, see what we could expand on, and introduce new elements to draw closer to perfecting ‘our sound’. The title track and first single perfectly encompasses what we’ve done before, and what we’ve recently discovered in the writing room” ~ Frontman and guitarist Tim Gauci

It may feel like it’s been a long time coming but if you discount the two years that the Global situation stole from all of our lives then this sophomore EP from Australian exports Primitive is actually right on cue. Since the release of their critically acclaimed self titled debut EP five years ago the band have shared stages both nationally and internationally with some of the heavyweights of the Metal itself in Alien Weaponry, Psycroptic and Fleshgod Apocalypse, proving they can hold their own with their blend of early 2000’s riffs and grooves…

…39 second acoustic opening “Curse” is a dance macabre of a haunting opening before Primitive dive headlong into the Trivium esq riffs of title track “With the Rats and Snakes” with vicious intent. Augmenting those with a few short bursts of Death Metal kit work, a pair of intricate solos and some tasty lead work it  offers something that throws back to the style of Metal that 2005 exposed but with a modern production edge. Writing in an older style gives everything an air of familiarity, something which after a minute or so of the title track gives the record as a whole instant appeal and as it’s done so well, by the end it will have you coming back for more. Whether it has the longevity for as long a run as the bands debut is open for debate because while it feels like it should, there is a nagging doubt that it might not be different enough to stand out as much during a resurgence in the style that has brought the likes of The Raven Age to the King’s court. That’s because Primitive have no melody in these cuts, relying solely upon the regular injection of solos to give something lighter and otherwise sticking to task. Continuing in the same vein “Broken Hands” lights up the place with Tim Gauci’s vocal performance and lyrical depth. He’s a vocalist who gives you unclean vocals clean enough that every single word can be heard perfectly while at the same timing being gravelly enough to bring that sense of weight, gravity to give you that emotional connection as well. He says it, you believe it, it’s as simple as that. The rampage that is “God Is Beneath Us” cements the bands place, driving down the darkness with Gauci’s storytelling panache and the bands flair for a solo giving it a sense of the dramatic as they build atmosphere, their writing abilities having been refined in the fires they were forged in when they started out. “Rivers” has arguably the best of the face melting solos, setting up “The Last Nail” for a grand finale of the spectacular variety. The only real question is why the band are called “Primitive” as there is nothing primitive about this… [7/10] 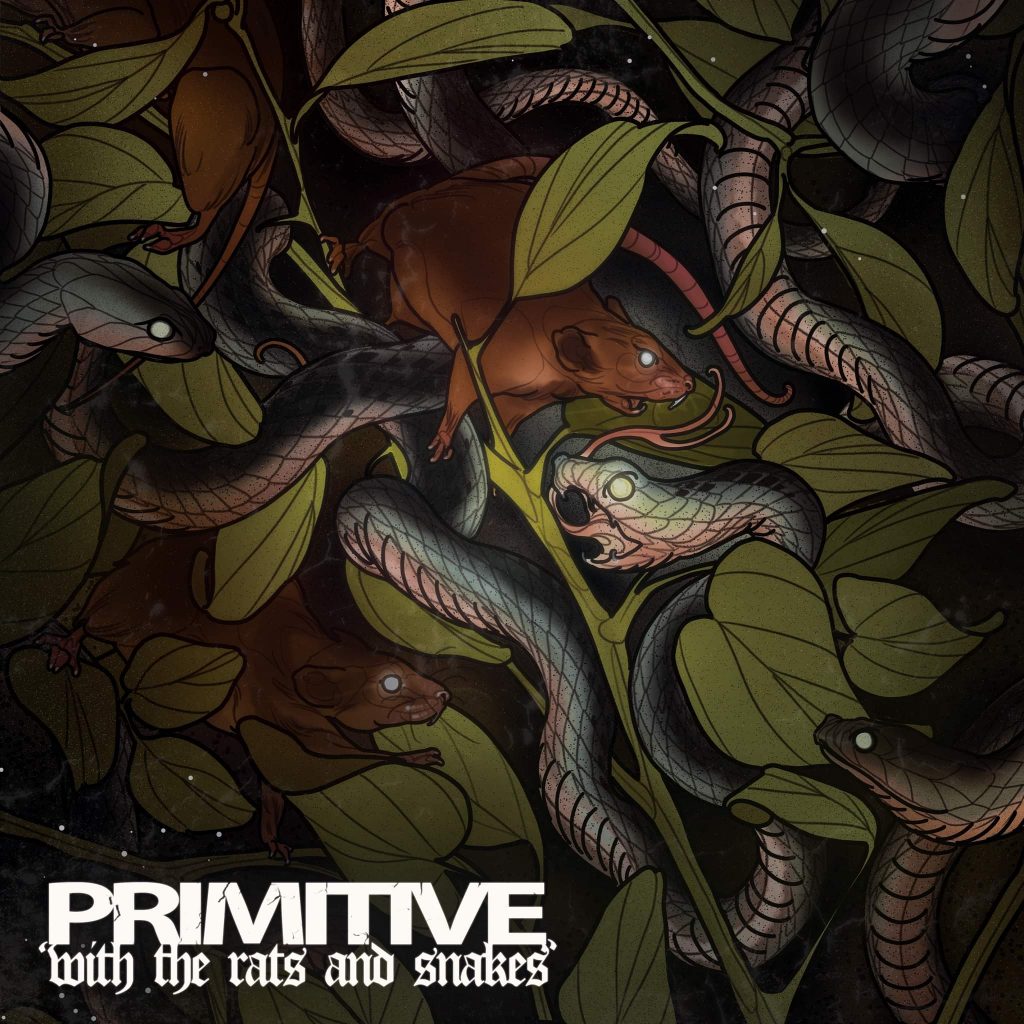 Tags:Primitive, With the Rats and Snakes