Following “Grave Maggot Future” and “Dreameater” a third burnt offering from the upcoming sophomore album “Alkahest” has surfaced from the black depths in “The Long Lost“. Heralded in some quarters as a new hope for Swedish Blackened Thrash Sarcator are a quartet have have been around for 12 years and are aged between 17 and 23 with a pair of EPs and a full length album already under their collective belts. The new album will fall via Black Lion Records on 21st October with pre-orders available over at bandcamp.

Sarcator informs: “‘The Long Lost’ is an experimental song but at the same time a pretty simple one. The western inspiration for this song really shines through in the acoustic intro, middle part, and outro. We wanted those parts to sound like ‘a man and his guitar doing his thing.’ This song is the only one where we chose to tune down the guitars, which we thought the song demanded to show the full potential of its heaviness.” 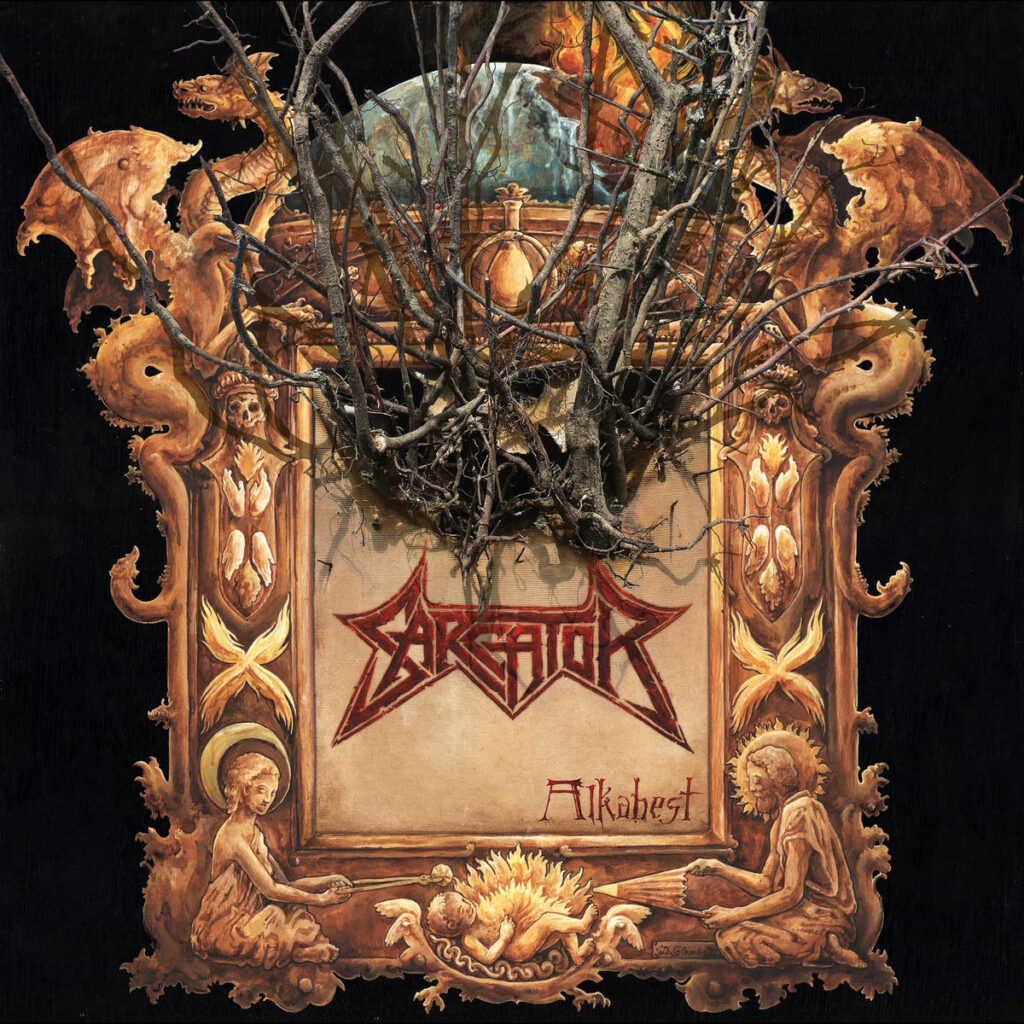