Formed by vocalist Jason Conde-Houston in 1998, Seattle Washington Speed Metal quintet Skelator have released no less than five full length albums, two EPs, two splits, two singles and three demos over the past 24 years. The latest addition to their rich discography is “Blood Empire“, a concept EP that takes on a story of Star Trek Klingon lore. Chronicling the  beginning of “The Kahless Trilogy” that finds Kahless building an empire, the cover art created by Max Nazaryan finds the warrior  having his final batter with his brother Morath, on the peak of a volcano, while at the same time looking like a Nintendo NES cartridge…

A DIY effort recorded at the bands rehearsal studio and individual home studios, the cinematic qualities of “Blood Empire” are undeniable with a lot of emphasis placed on atmosphere with the first half of “Deeds Of Honor” focusing on setting the scene before the flames ignite the funeral pyre. Traditional Heavy Metal bleeds into Speed Thrash with  Jason Conde-Houston’s higher pitched vocals and Dio inspired storytelling style impressing from the start, the only give away that this is a DIY record being the drum sound. “Good Day To Die” marks one of two near seven minute cuts in the center of the record that expand the horizons of the opening cut with galloping drums and Power Metal inspirations. As much as the storyline is important here, the musicianship of guitarist Rob Steinway and Robbie Houston alongside rhythm section of Leona Hayward and drummer Patrick Seick shouldn’t be underestimated. They prepare the ground for the vocals and themselves have plenty of opportunity to shine during longer instrumental passages and here they do exactly that, creating something with those epic qualities that you want from a record like this. Curiously enough, if you didn’t already know this was a Star Trek inspired story and didn’t recognize the Klingon bat’leth in the cover art then there isn’t that much to suggest it is in the lyrics. That is to the benefit of the record as it means it has a wider appeal because you don’t want to miss out on the epic soloing during  “The First Empire” just because you’re no a Star Trek lover. That being said, the band save the best for last in “Bloodwine“, a classic poison challace rasing affair that cries out for Alestorm to cover it, such is the quality. All in all, a fun record that looks like it’s going to be the first of three… [7/10]

“Blood Empire” by Skelator is out 30th September 2022 via Gates of Hell Records with pre-orders available over at bandcamp. 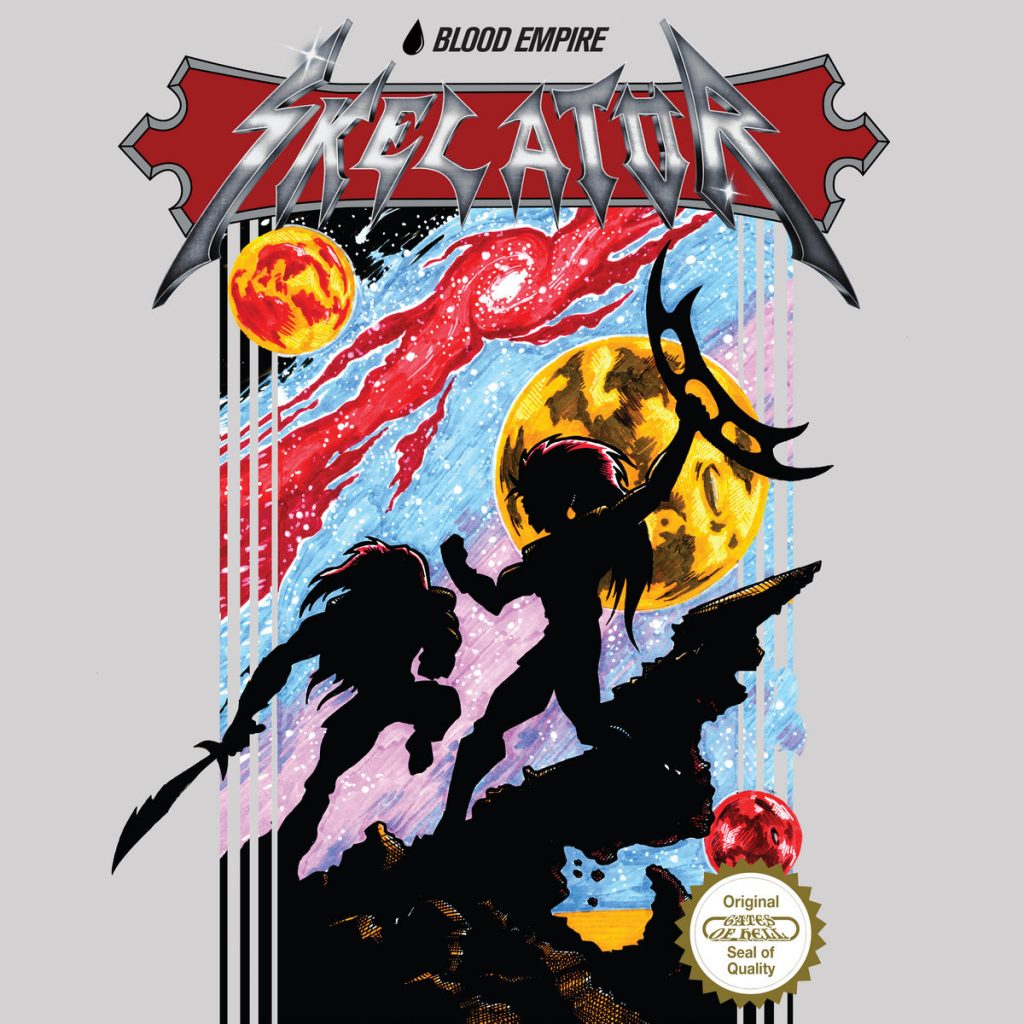