Originally formed as Symbolic in tribute to Death circa 2012 the Polish Death Metal quartet swiftly changed their moniker to Symbolical before unleashing the Demons from Hells gate in the form of pair of full length albums with 2015’s “Collapse in Agony” and 2018’s “Allegory of Death” being both well received. Eternal forward motion then took them down the left hand path with the decision to distil their sound and release new music in a three song formula and so came “Igne“, the first of a trilogy of works recorded, mixed and mastered by Paweł Janos (Antigama, Hostia, Riverside) at JNS Studio. Conceptually, “Igne” tells the story of Jesus’ birth but not as popularly accepted… In “Igne“, Mary gives birth to Jesus the Antichrist, and condemns the world to destruction with cover artwork by William Blake in the form of a painting titled “Judas Betrays Him” c.1803–5“…

…despite being only three cuts this new record still represents the better part of 24 minutes of music as guitarist and vocalist Paweł “Cymer” Cymerman, guitarist Konrad “Sloq” Słoczyński, bassist Łukasz “Lukas” Matyja and drummer Dariusz “Daray” Brzozowski (Dimmu Borgir (live), ex-Vader) give themselves more freedom to write longer and more expansive cuts with the new formula. The record begins with “The Call Of Nazareth” which finds the band playing an epic and grandiose style of Death Metal combining dissonant riffs with powerful percussion to drive down the darkness while adding ethereal touches that sound like the call of the void. Cymerman’s vocals are gravelly and rasping giving the cut an intensity before the cathartic feeling solo cuts through the smouldering atmosphere like a hot knife through butter. “Epiphany & Revival” then eases of the tempo for a mid-paced combination of crushing riffs and thunderous percussion with some really interesting melodic passages that offer a sense of calm between brutal storms, the title reflecting the sound like a mirror. Darker in the centre, this one has a deep rooted sense of melancholia which provides for a dull ache of dark beauty before the final onslaught. Grand finale “Disciple of Death” offers ethnic moments alongside that build intelligently into the music with the majestic melancholic extended solo in the middle being absolutely jaw dropping. What Symbolical have created is another form of Death Metal that escapes the trappings of the fire and brimstone and instead explores distant territories in search of the ecstasy of gold, the immaculate musicianship something to savour [8.5/10]

“Igne” by Symbolical is out now and available over at bandcamp 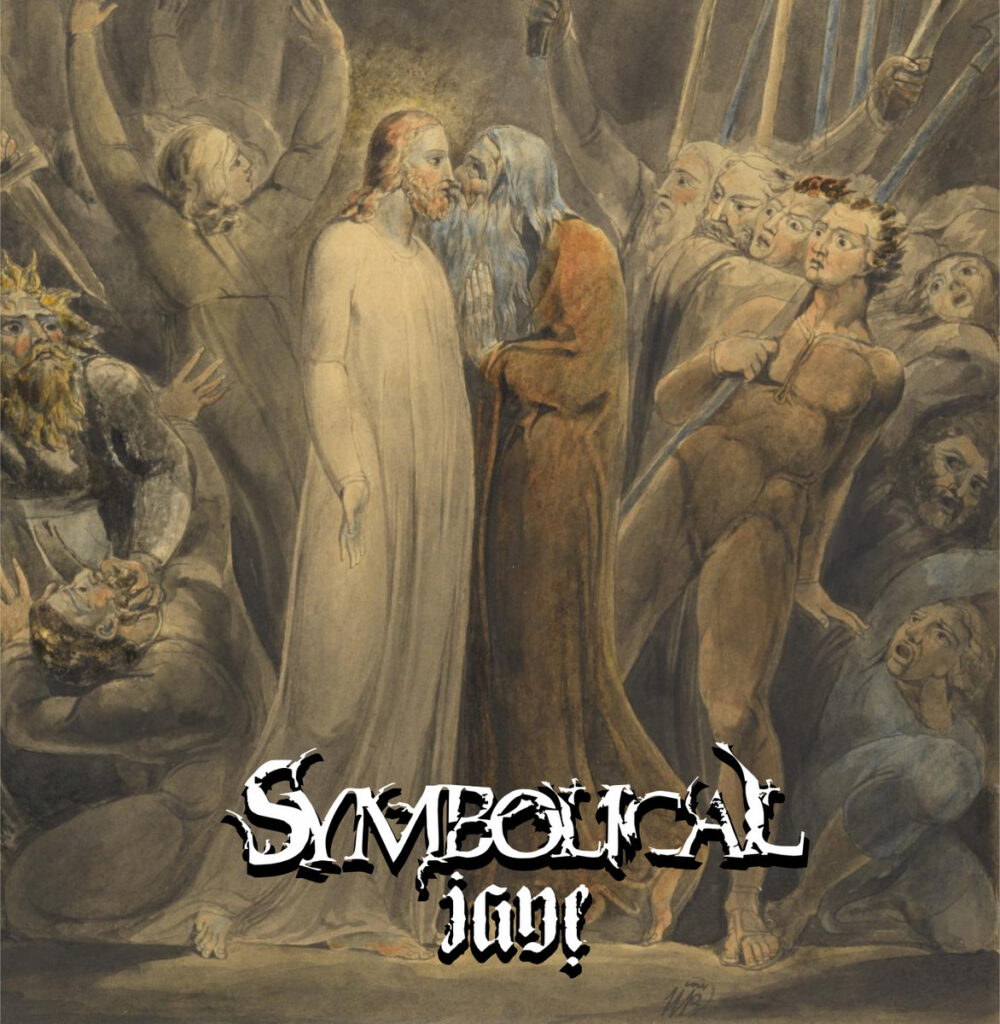