Skip to content
HomeReviewReview: “A Staring Contest With Mortality” by Effigy

An eclectic Metal trio from Southern California who confess to influences as far apart as Jinjer and Frank Zappa and are currently writing their debut full length, Effigy set out to simultaneously in a sense of impending doom and unfathomable serenity creating a juxtaposition. Formed in 2019 as a meeting of the minds between guitarist Garret Levson, bassist Robert Cuthbert and vocalist Anthony “Twon” Camarillo, the trio also like to use vintage spoken word samples prominently in their music…

…opening cut “Chasms” has a slightly sinister edge thanks to one such sample before bursting into a brutal Nu-Metal orientated sound that circles the drain of Deathcore with a smattering of electronics to augment the bands aggressive tendencies. Stuccato riff breaks and a heavy atmosphere accompany introspective lyrics and the band chug their way through a scream fest that makes a statement. Barely pausing for breath “Desperation” then comes in swinging as a heavyweight Beatdown Hardcore cut that finds rapper Eddie Wellz dropping a verse. Another powerhouse move it offers something different while maintaining the core of the bands sound in an intriguing fashion. It’s heavy without being brutal while offering enough swagger to give the band gateway appeal. Sounding like a demo left over from “No Sleep” by Volumes, “Starvana” is an interlude that has its roots in R&B with soulful clean vocal moments, perhaps being used here to showcase what this band are capable of without giving a fully developed cut as if unfinished. Climbing out of the calm waters of that moment of clarity is “Barbed Wire“, which finds Camarillo getting schizophrenic vocally and lyrically with multiple voices ripping through the ear drums like a plague wind from a warped mind. Ranting and raving in deranged fashion there is no let up as the lyrics escape the trappings of structure and instead leave that to the rhythmic pummelling that reaches a crushing Downtempo finale in style. Despite the promise of something more diverse on paper Effigy don’t stray from too many previously trodden paths but then, is there a need to reinvent the wheel? “A Staring Contest With Mortality” is hard hitting and fun which is all that you really need to have a good time [7/10]

“A Staring Contest With Mortality” by Effigy is out now 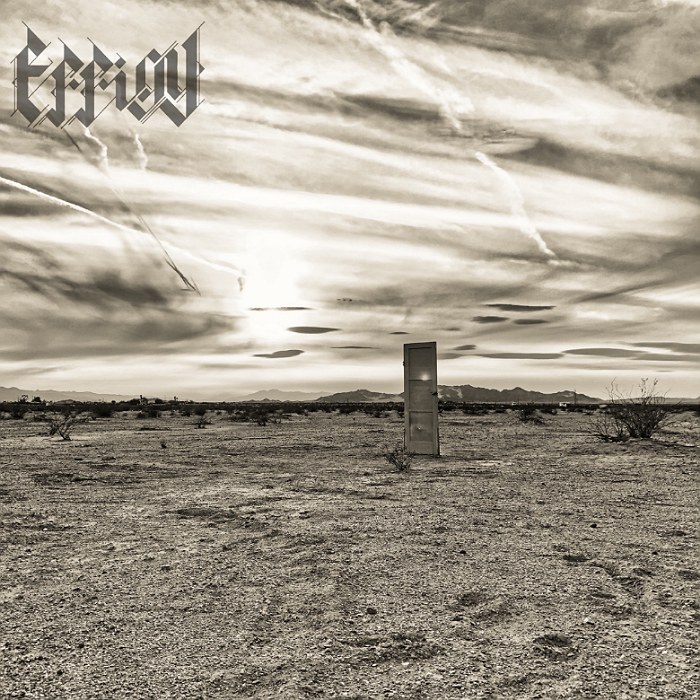