Skip to content
HomeReviewReview: “Throne Of Ash” by SARS

Originally formed in 2016 it wasn’t until three years later that SARS really sprung into life in Turku Finland. The founding members began to build the six piece in a fashion to fuse Hardcore with Death Metal with two guitarists and two vocalists as the band unleashed a trio of singles between 2020 and 2022. Since then the band have recorded this, their debut EP “Throne Of Ash“, their first work as a quintet without co-vocalist Keijo Niinimaa in his usual guise as instead of being at the microphone he recorded  both the vocals and the drums…

…which it has to be said sound thunderous as the band tear into the opening cut “Acid Rain Dance“. Shrouded in darkness and steeped in atmosphere it’s reminiscent of recent works by Knocked Loose with that crushing intensity and an energy that says something wicked comes this way. Flying out of the gate with brutal backing vocals “Down From Your Path” is a powerhouse statement piece that dances around the brain like a bullet ricochet with satisfying crunch in the riff department and a cleverly worked spoken word that is partially buried in a tsunami of percussive battery. “Hate Will Grow” finds Antti Honkanen giving his most emotive vocal performance on a cut inspired by the absurdity of US gun legislation and offers some nauseating atmospherics that prove that there can be so much more to Hardcore than simple riffs and fist pumping attitude. It’s a tour de force that could have been the title track and makes a statement about not only who this band are but what they stand for and it’s powerful stuff. If there was ever any doubt that they band could do it without Niinimaa then this is all the evidence that is needed to confirm that as good as his parts were on the earlier material, he was one cog in the machine which survives without. “Throne Of Ash” completes this piece of sonic oblivion as a Mosh pit starter of the highest order. The climbing riffs cut through the atmosphere with ease, tearing down the blue skies and leaving nothing but rubble in their wake. The lyrical narrative is bleak and emotive but what the band have done is create music that matches that weight stride for stride with skull crushing riffs and a percussive pummelling that puts SARS up there with the genre’s heaviest hitters, in search of the crown… [8/10]

“Throne of Ash” by SARS is out 9th October 2022 and maybe available over at bandcamp. 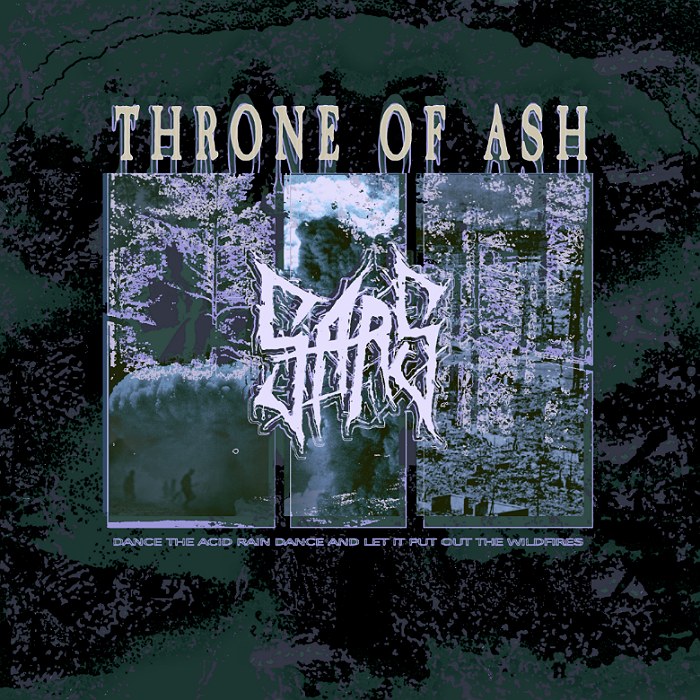