Skip to content
HomeReviewReview: “The Final Plague” by Death Reich

Back in 2018 a crack commando unit escaped from a military prison and the seasoned veterans formed Death Reich with a desire to play American old school Scott Burns era Death Metal and recorded a demo that never saw the cold light of day. Changing direction to write faster, straight forward and more brutal Death Metal and struggling to find a drummer, guitarist Jonas Blom (Sacramentum, Runemagick, ex Trident, ex Grief of Emerald, ex One Man Army and the Undead Quartet) switched to grace the stool with Robert Babic (ex-Brutal Division, Vulcanic) recruited for the six string assault. Alongside Robert Axelsson (Sacramentum, Grief of Emerald, ex One Man Army and the Undead Quartet) on bass, Christer Bergqvist (Grief of Emerald, ex Sadistic Grimness, ex Auberon) on guitar and Johnny Lehto (Grief of Emerald, ex Decameron) on vocals they unleashed a pair of singles in “We are you” and “Domination” on an unsuspecting World in 2019. The following year they recorded a three song EP titled “Death Camp” which includes a cover of “Fight Fire With Fire” by Metallica and saw release via No Serviam Records and now, in 2022 they return with “The Final Plague”…

It may seem odd to release an EP with a full length album already in the final stages but after the years of the Great Plague, there is the suggestion that this five track burnt offering of four original songs and a tribute to the mighty Entombed may have been around for some time. What we are given is an uncompromising burst of aggression with Jonas Blom proving his talent behind the kit is equal to his abilities with strings. The title track is as razor sharp an opening cut as any band could ever deliver, hammering home the Death Groove with a classic whammy bar driven solo towards the bitter end as Lehto summons forth demons from hells gate with his gravelly tones. Structurally the band have a sound which attacks in short waves, bursting then slowing a notch before rising again, each one the furious rampage of a Viking warrior, raping and pillaging before burning villages in a vicious bloodlust. The old school sound is magnificent, modernised just enough through use of new equipment and technique to avoid sounding like something from a bygone era but crucially still having that nostalgic quality. The solo on “The Creator” is the absolute Chef’s kiss before the powerhouse that is “Disgrace” smashes through walls as a brutal assault on the senses, shrouded in darkness of bleak lyrics spit from a venomous tongue. Things slow down tastefully for the more atmospheric “The Night Will Fall” which has a haunting and yet sinister quality to it, something that gives Lehto the opportunity to deliver more depth and texture in the lyric and a greater depth of emotion in the performance. Rounding things off nicely is the cover of the Entombed classic “Eyemaster“, with the influence on the bands sound as clear as day. They make their version their own with a few nuances while maintaining the swagger of the original and it has to be said that all of this bodes very well for the album… [7.5/10]

1. The Final Plague
2. The Creator
3. Disgrace
4. The Night Will Fall
5. Eyemaster (Entombed Cover) 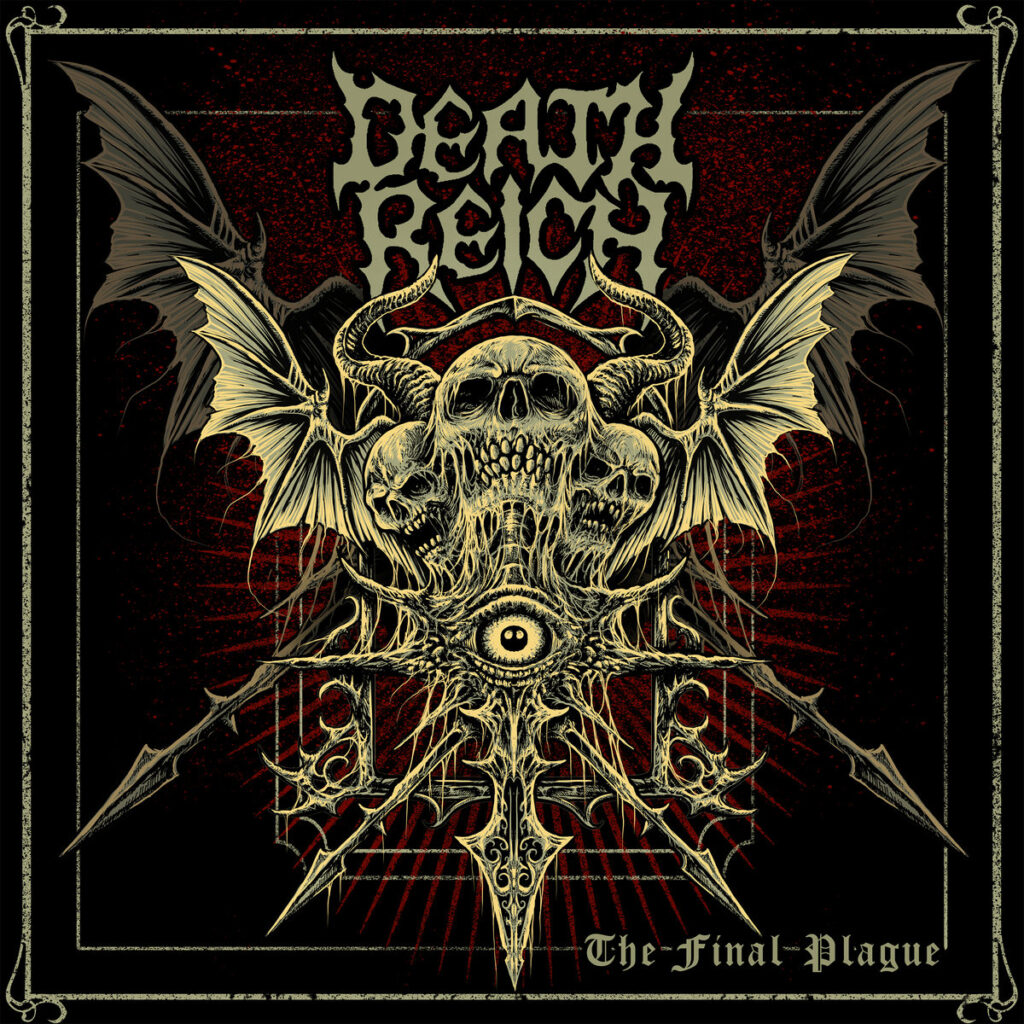