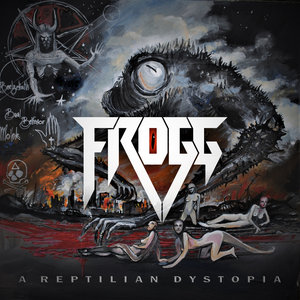 Frogg started as your typical high school band with founder Sky Moon Clark and co-founder at the time, Ryan Panny blasting off primarily Children of Bodom covers for fun. Frogg was later revitalized by Clark, during his time at Berklee College of Music. Experimenting  with different projects while continuing to funnel different guitar-centric song ideas
Read More

2020 is the Year of the Rat according to Chinese zodiac. This is a Year of Metal Rat, starting from Chinese New Year on 25th January 2020 and lasting until Lunar New Year’s Eve on 11th February. Rat is the first in the 12-year cycle of Chinese zodiac. Apparently Rats are quick thinkers, successful but
Read More

The debut single from Stanford Connecticut Tech-Metallers Frogg entitled “Ancient Rain” has landed! A one man project from Sky Moon Clark that evolved into a full band, they have their debut EP “A Reptilian Dystopia” out on 17th January. With performance in mind, FROGG delivers an authentic live sound with no backup tracks, just raw,
Read More