Have you felt the ache? The sophomore album from MTXS saw them tap up Loathe Guitarist Eric Bickerstaffe to produce the follow up to their 2017 self titled debut and to try and capture some of that live magic which they are renowned for. 16th February saw them play Kazimier in Liverpool and it was filmed
Read More

Directed by WoodVisuals, MTXS have dropped a music video for “Bad Blood” from the brilliant “Ache“. One of the hardest working Hardcore bands in the UK Underground Metal scene, they’ve got merch over at their Big Cartel site here should you wish to support them. Having witnessed them live, not least in supporting Preston big
Read More

Arty Black and White drumcam footage of MTXS performing “Choked“? If you haven’t slept or felt the ache yet then the South East Hardcore act are ones you need to check out. Live favourites, they know how to bring the Mosh as Kings of the Underground Metal circuit. This footage was filmed by WoodVisuals.
Read More

They’re calling it a ‘playthrough‘, we’re calling it ‘live in the studio‘ but either way, filmed in black and white by Jack Longman and Jordon Noon at Monolith Studios London, here’s “Choked” from South East Hardcore crew MTXS. The song appears on their second album “Ache” while the band are still accepting pre-orders for a new
Read More

One of the most hard working bands in the UK, MTXS documented all the behind the scenes antics of their December 2019 run with Liverpool’s God Complex and Creak. If you’ve missed it, their sophomore album “Ache” is out now and in our opinion it’s not one to be missed! They’ll be playing Mortal Metal
Read More

People talk about this band and that band being the hardest working band in the region but MTXS have to be strong contenders for that title. Looking like a featherweight and punching like a heavyweight, they give any underground band a run for their money in the live arena. Including “Mould“, “Burn The Barron” and
Read More

Due to popular demand, the previously announced God Complex December tour that will see them joined by MTXS and Creak has had a pair of additional dates added! As you might expect, given the original shows locations, the pair are both in the South and come as “Created Sick” reaches its first Anniversary! 3rd Newcastle, Head of Steam 4th
Read More 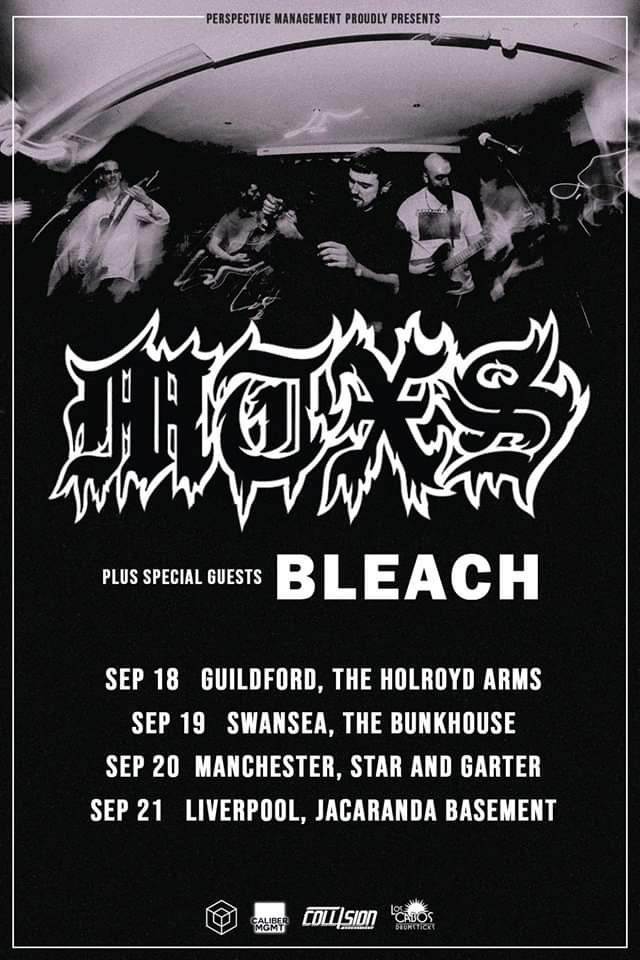 There is no doubt that MTXS have become one of the hardest working underground Metal bands on the UK scene at the moment. They’ve been playing shows at every single venue that this country has to offer over the last couple of years and have upped their activities with “Ache”. They’re taking Bleach on a
Read More