Back on the grind and hustling for their lives are the fully independent and totally DIY Dead Crown, who have squeezed in a new single in “No Remorse” via Modern Empire (who bought out their previous label home Stay Sick Recordings) before they head out on the “Day Drinking Tour” stateside with Party Deathcore Kings Attila
Read More

6th December will see “Crucify Me“, the debut from Dead Crown on Stay Sick Recordings. The follow up to “Come Hell“, will feature singles “Down” and “Family” and “Twenty Four” and is available for pre-order here. The Portland Oregon Metallers have got a quartet of shows lined up for the release with the likes of
Read More

The follow up to “Come Hell” entitled “Crucify Me” from Portland Oregon Metallers Dead Crown will appear on 6th December via Stay Sick Recordings. Having already released single “Family” back in February when the signing was announced, today sees the band drop another single “Twenty Four” from their upcoming EP. Pre-orders for that are available
Read More

Portland Oregon’s Dead Crown had dropped a music video for their anvil heavy single “Home”. The single comes from the bands EP “Come Hell” which we reviewed a little while back. Infusing Deadcore with Nu-Metal seems to be one of the new sub-genres out there at the minute…
Read More 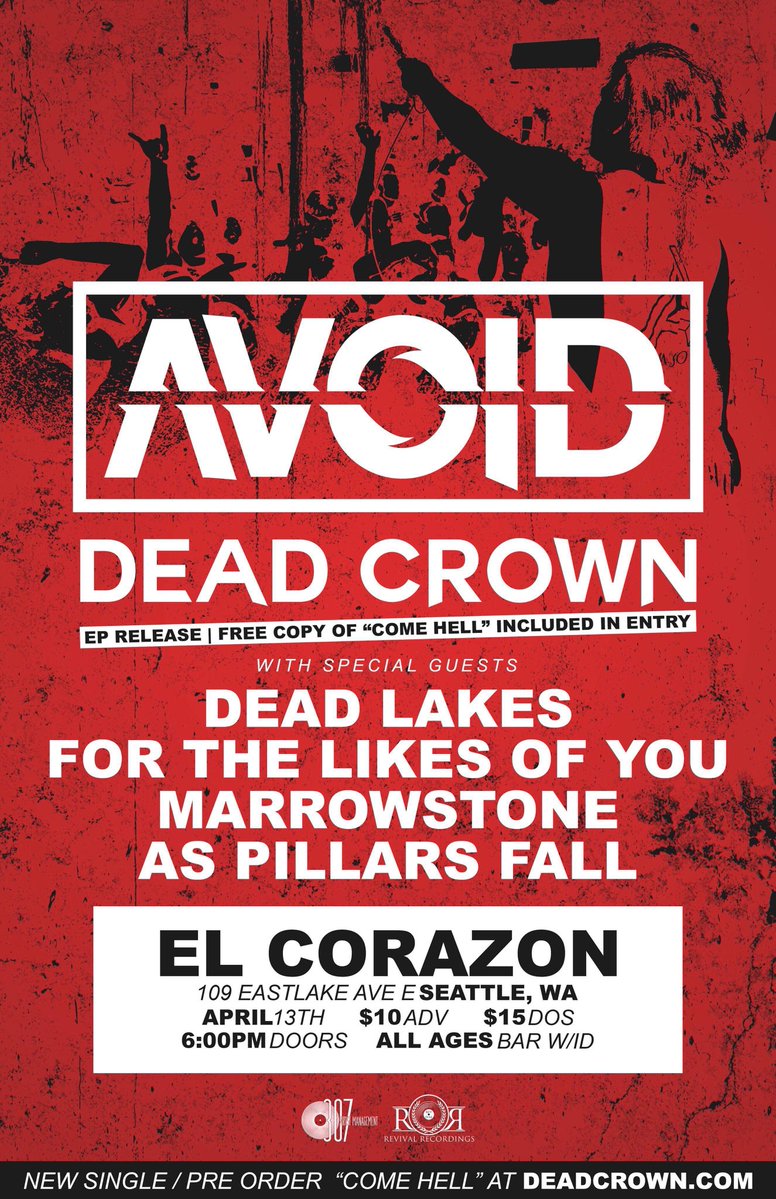