After officially announcing Dane McGhee and Miles Kent as being part of the team as knock down some protein powder based drink and bulking up to a quintet earlier this month, Nottingham Nu-Metalcore meets Gloom Metal  outfit Miscreant have shared their first new material since 2019’s “Dancing With Fear“. Titled ‘Escape The Night’ it has
Read More

Carcer City paved the way for bands from the UK to sign for Stay Sick Recordings with their incredible “Infinite Unknown” and following that path have been York Deathcore crew InVisions with their sophomore album “Between You And Me“. So it’s the turn of Nottingham quartet Miscreant to take that leap of faith with the
Read More 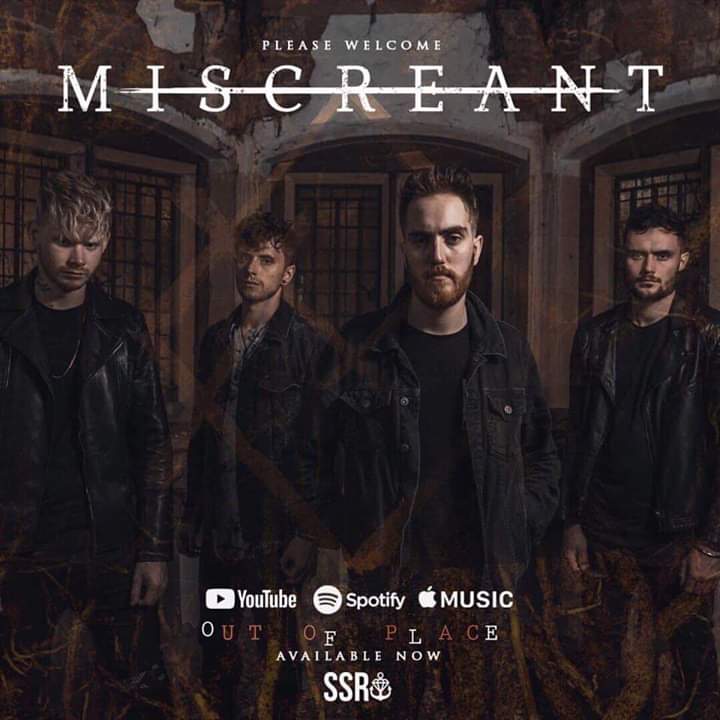 It has been almost a month since they announced their signing to Stay Sick Recordings and now the previously Black Mapped Nottingham quartet Miscreant have set a date of 20th December for “Dancing With Fear” though the label. The EP will feature the “Out Of Place” that accompanied their signing news as well as “Agony”,
Read More