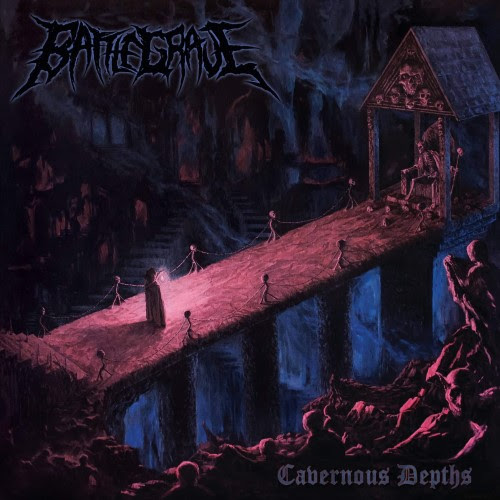 After four long years the long slow march from Hell has finally reached an end with the release of a sophomore album from Melbourne, Australia based Thrash infused Death Metal duo Battlegrave. The follow up to their well received 2018 debut album “Relics of a Dead Earth” was recorded and produced by Julian Renzo at
Read More

…with guests like Terrance Hobbs of  Suffocation, Matt Sotelo from Decrepit Birth, ex-Vital Remains and Churchburn man Dave Suzuki, Dima Orlov of Fetal Decay as well as their ex-bassist Martl Bauer, German tech death metal institution Profanity have made their upcoming new album“Fragments of Solace” even more highly anticipated than usual. It will surface on 4th December 2020 with pre-orders available
Read More

As Devin Townsend was unable to play the 20th Anniversary of Bloodstock this summer, he’s got together with his Empath Volume 2 live band and Stageit to do a live stream 85 minute career spanning full set on 5th September, focusing on heavier side of his material. The main band features guitarist Wes Hauch (ex-The Faceless/Black Crown
Read More