Promising what would have been the full headlining performance from this year’s postponed incarnation of the 20th Anniversary of Bloodstock, an 85 minute career spanning set, which centers on the heavier side of his catalog and includes material from his Strapping Young Lad and Devin Townsend Project bands this live streamed event from Devin Townsend via Stageit promises to be immense. The band playing behind Townsend are guitarist Wes Hauch (ex-The Faceless/Black Crown Initiate), bassist Liam Wilson (Azusa, ex-The Dillinger Escape Plan) and drummer Samus Paulicelli (Decrepit Birth) who make up his “Emapth Volume 2” touring lineup.

The set is a green screen performance, with each member of the band floating on their own platform in space with lens flairs galore  as they rip through the set starting with “All Hail The New Flesh“. As this the show is pre-recorded with each member of the band being in a separate city, we have Devin Townsend himself appearing live and watching the show with us like a ghost in the bottom right corner of the screen random points, doing quirky little things. Townsend described Samus recording drum tracks and video first, then passing to him to add guitars before passing out to Wilson and Hauch in turn to film and then everything being put together. The final result is nothing short of stunning thanks to the wonderful editing of the video, mixing and mastering and of course each musician being in their element. Songs like “Almost Again” are given new life with an injection of energy thanks to the monstrous Samus on the kit and when “Juular” hits, the ghostly Townsend announces this show will appear on Blu-Ray at some point as it was filmed in 4K. It has to be said that the sound quality is incredible and at points it sounds like Danny Elfman is involved somewhere along the line, it’s that good. “Poozers” is the mid tempo thunderstorm that showcases Townsend’s storytelling ability, while it’s follow up “Supercrush” brings those epic proportions of the sound to the table. Cuts like “Deadhead” maybe slower than the largely Death Metal men who stand around Devin Townsend are used to but they are very much needed for the technical aspects and for the Strapping Young Lad material and its a touch of class when ghost Townsend holds up a sign stating his love for Byron Stroud, Gene Hoglan and Jed Simon during “Love?”. Closing with “Detox” is absolute class with the sweat pouring off Hauch and as a huge Strapping Young Lad fan who didn’t get the opportunity to see the band during their time, this fulfills a dream because it’s nothing short of epic! [9/10] 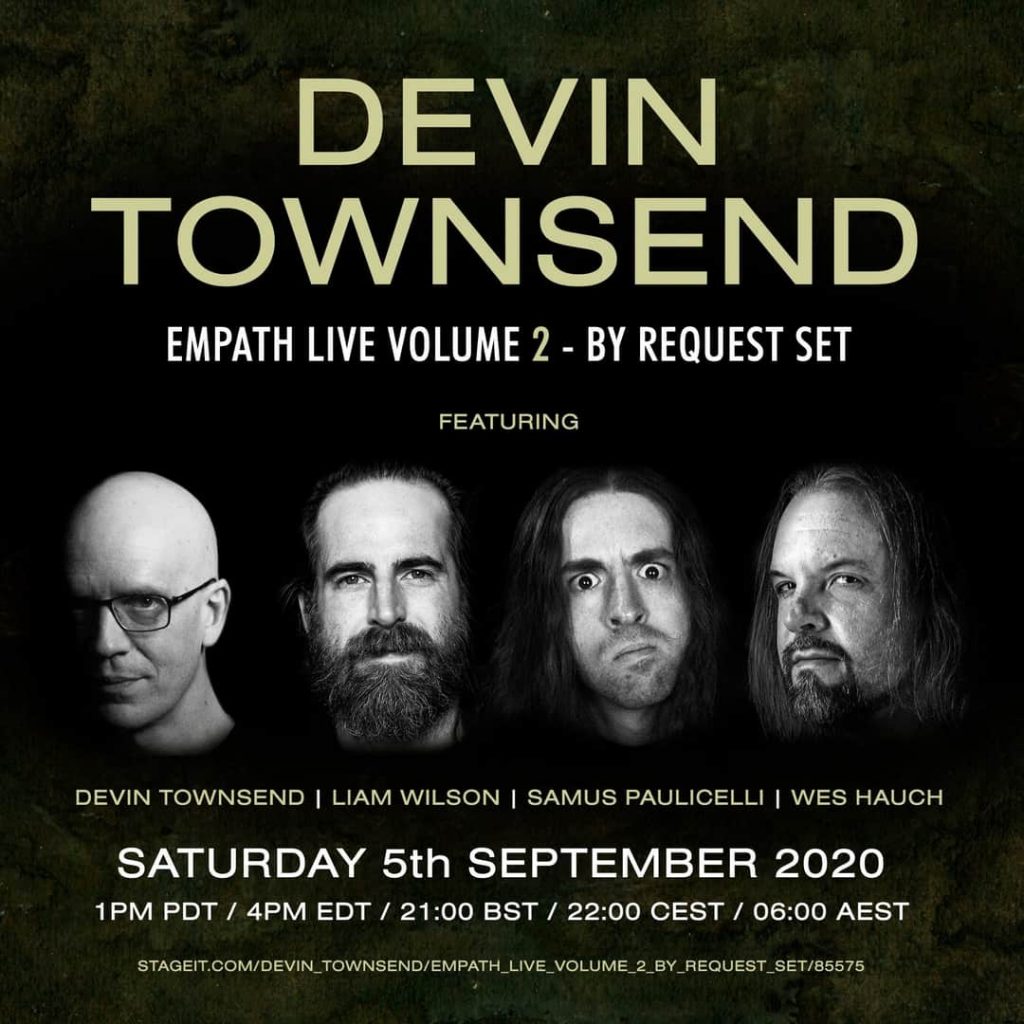